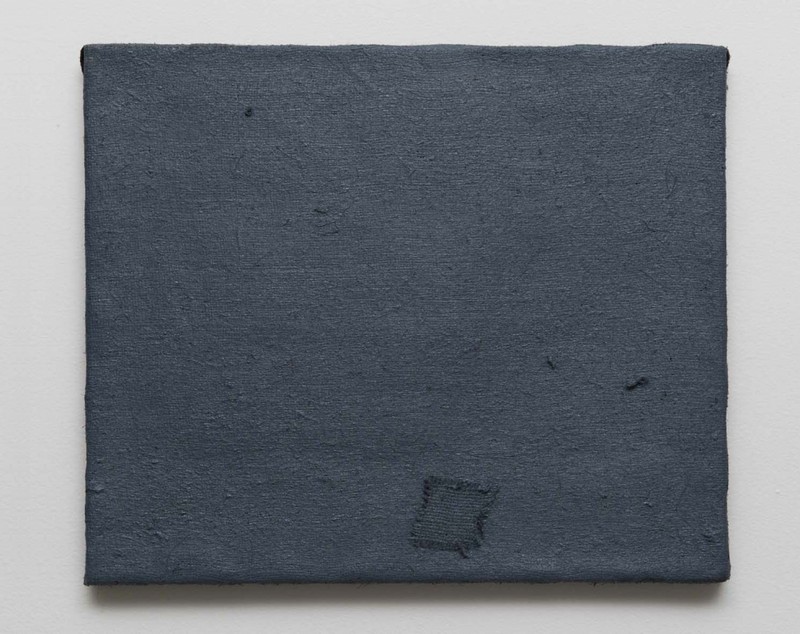 In his second solo exhibition at Galeria Fortes Vilaça, the Danish artist Sergej Jensen presents a series of new works. These new works confirm the artist’s interest in a painting practice that subverts the traditional technique by giving special attention to the fabrics used as a support for the painting.

Recognized mostly for his textile works, Jensen expands painting’s vocabulary beyond the traditional canvas and linen by using a variety of materials such as burlap, silk and wool. The fabric used for the canvas often comes from recycled pieces of previous works or found pieces of textiles, which are then sewn together and mounted on stretchers. His compositions of a minimalist nature mainly involve a study of surfaces where weaves, twists, blotches and seams are silent but fundamentally important occurrences.

Although the artist eschewed the use of paint for a long time, in these recent works it returns to the canvas albeit indirectly, penetrating its surface from behind. As elements that sprout nearly uncontrollably, the abstract blotches of paint suggest landscapes, maps or fungi in patterns that border on figuration. His fragile surfaces and languorous gestures propose critical digressions on outworn modernist questions such as, for example, the nature of abstraction or of monochrome.