Beyond the Dust - Artists' Documents Today 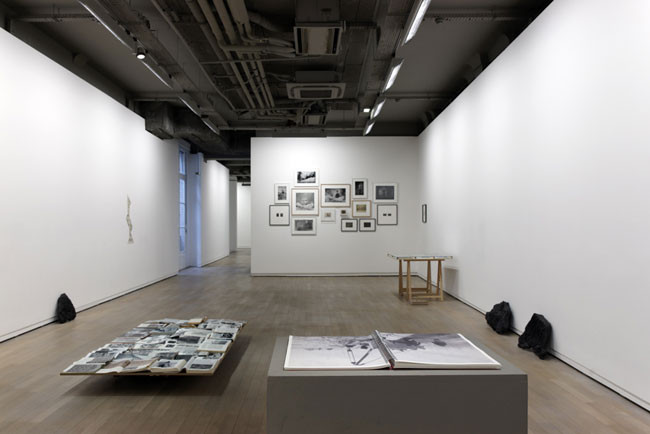 A Dena Foundation for Contemporary Art project in collaboration with De Vleeshal in Middelburg the Settore Tempo Libero of the Municipality of Milan and the Fondation d'entreprise Ricard in Paris.
Curated by Francesca di Nardo in collaboration with Lorenzo Benedetti
Beyond the Dust - Artists' Documents Today is a cross-border European exhibition project presenting twelve emerging artists on the international scene. It takes place from September 2010 to January 2011 at the following institutions in the Netherlands, in Italy and in France: De Kabinetten van De Vleeshal in Middelburg, the Fabbrica del Vapore in Milan and the Fondation d'entreprise Ricard in Paris. For each venue there is a different exhibition, in which the artists address a specific aspect of an overall project on the authenticity or forgery of documents and archival material.
Beyond the Dust - Artists' Documents Today provides the public with a theoretical hypothesis on the use and manipulation of forms, images and texts by artists. The objective is to highlight the formal implications of these actions and their philosophical, political and social content. The artists will not only reflect on the potential themes raised by the various components of the pieces, but will offer a broader reflection on contemporary ways of understanding memory and the notions of authenticity, fiction and forgery.
"In the Roman and Middle-Age times, the archive was defined as the «locus de quo acta public asservantur, ut faciant fidem » (where the public documents are kept to guarantee the trust of the public). It is worth to stress the role of the word « fidem » - because it allows us to underline that one of the most fascinating and important sides of the archive concept is its link to the notion of historical truth. It raises questions on how the historical notion of archive resources is inextricably linked to those of plausibility, fiction, lie as demonstrated by Carlo Ginzburg in his essays."(Francesca di Nardo)
The Centre National des Arts Plastiques (CNAP) / ministry of Culture and Communication supports as "commande publique" the production of the catalogue designed by Roma Publications, as well as the exhibition's archive: the artist's book by Richard Sympson.
www.fondation-entreprise-ricard.com