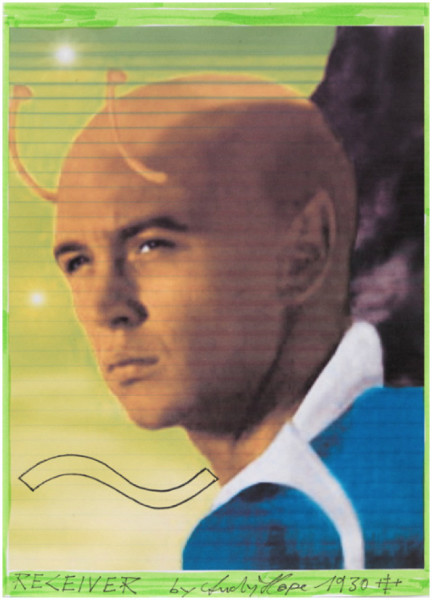 In June 1964, a strange stream of neutrino radiation from a source many millions of miles away was observed and recorded by a pair of young American astrophysicists. The recording changed hands many times and, upon falling into the possession of a tabloid journalist, started an international incident: the audio contained long stretches of silence that indicated that the transmission might be some kind of message from the stars.
An international council of astrophysicists, theologians, linguists, psychoanalysts, mathematicians, and philosophers was assembled by the Pentagon to try to make sense of the message, which they took for a set of instructions. Three years later, when the project was abandoned, science was left with vague plans for a weapon that didn’t work, a blueprint for a biological substance with no clear purpose or use, and a lot of far-flung theories.
“HMV” (His Master’s Voice), the title of a 1968 science fiction novel by Stanislaw Lem, gathers together a diverse group of artists whose work speaks to the difficulty of giving digital information physical form.
www.foxyproduction.com