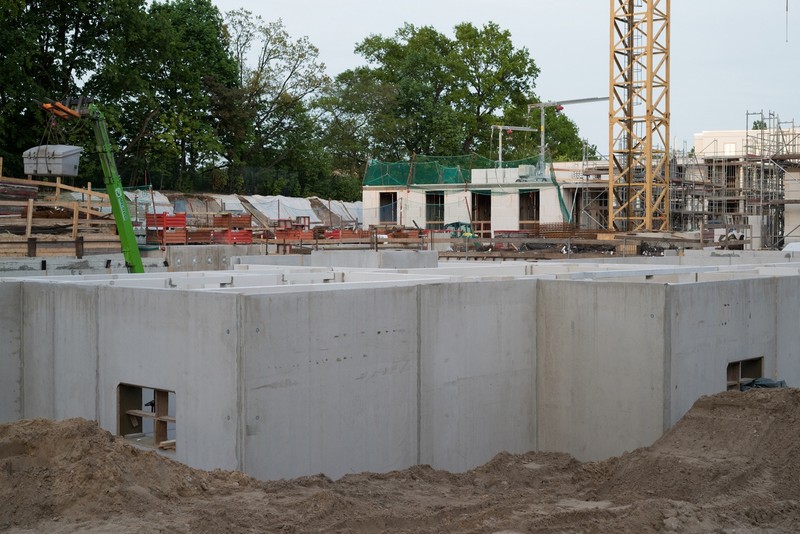 Foxy Production presents Terroir, Michael Wang’s new and ongoing series of paintings based on the geological foundations of world cities. Wang’s monochrome paintings are created from the pulverized bedrock of Barcelona, Berlin, Hong Kong, London, Milan, New York, and Paris. A fragment of the original stone accompanies each painting, and an artist’s book documents the collection sites.

“Terroir” usually refers to the flavor a soil imparts to a crop—a flavor unique to a particular place. Wang applies this term to the largely unseen and unconsidered earth of highly branded and commodified metropolises.

The artist traveled to each city to collect rocks from construction sites, parks, and roadsides, which he packed into his carry-on luggage to transport back to his studio in New York. There, he subjected each sample to several stages of crushing and grinding until he arrived at a fine powder, which was then used to make pigment. Slowly building up transparent layers of paint, he has achieved complex, luminous colors: the colors of the cities themselves. Each city has a different geology – Berlin is built on gray-brown glacial sands; Hong Kong, rusty sandstone; New York, glittering black schist – giving each painting a particular hue, tone, and mood.

Wang’s project could be understood as Land Art – or as Robert Smithson termed it, “earth works” – on a global scale. The artist has used air travel to connect international cities through their substrates. The work could be seen also as Land Art that has been condensed to a human scale, where a single painting holds the trace of a city’s foundations.

Wang’s paintings, while abstract, have relationships to figures and materials, to specific urban places and their soils: each city is the protagonist within its own canvas. The artist’s interventions in each place are so direct that the mechanics of representation become complicated. Echoing the inquiries of early Conceptual Art, Terroir incisively researches disruptions between the real and the symbolic, and between the visible and invisible.