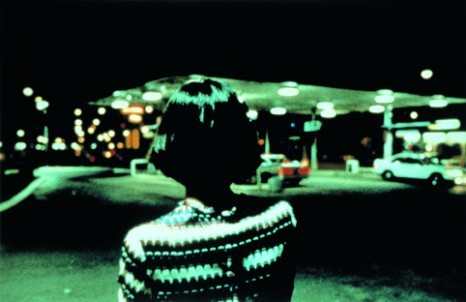 Construction, dissolution, disconnection and reconnection of identities, emancipation, independence. The implicit postulates of adolescence are tottering. Unable to put a singular case in the plural, a typology cannot exist if a vision of dissimilar beings is not furnished. The artists presented here endeavour to express this situation. Their work brings out the rituals, roles and life paths of the members of this generation. This taking stock of their reality offers in addition specific and subjective perceptions by a section of society, the New Generation.

The exhibition is made up of four parts: Music, Rebellion, Fashion and Passions. The first, devoted to the influence of music, sees the way teenagers wear their musical tastes on their sleeve as a vector of their identity. The second theme underscores how adolescence is associated with concepts of violence and revolution (sexual, ideological, political, etc.). The desire to define certain positions and to champion them and forms of oppression which encourage rebellion are some of the sources of the tensions at play. Opening up to fashion also is not without significance. Adolescents prefer to wear a garment whose ornamentation functions as a sign of recognition. Finally, the last theme examines adolescents’ particular conception of the world and the relations it establishes between macrocosm and microcosm in human society. Teenagers’ relations with their bodies and minds take various forms: self-destruction, exclusion, stigmatisation, emotional repression, rebirth and self-liberation.

This exhibition consists of a selection of works from the Frac collection. This selection, even as it supplies a historical grounding, makes it possible to come up with a new approach to the subject, demonstrating that Frac Nord-Pas de Calais is attentive to social, political, aesthetic and ethical questions. Visitors’ sensibility to various issues concerning the new generation is touched, giving rise to reflection, discussions and actions around this topic.