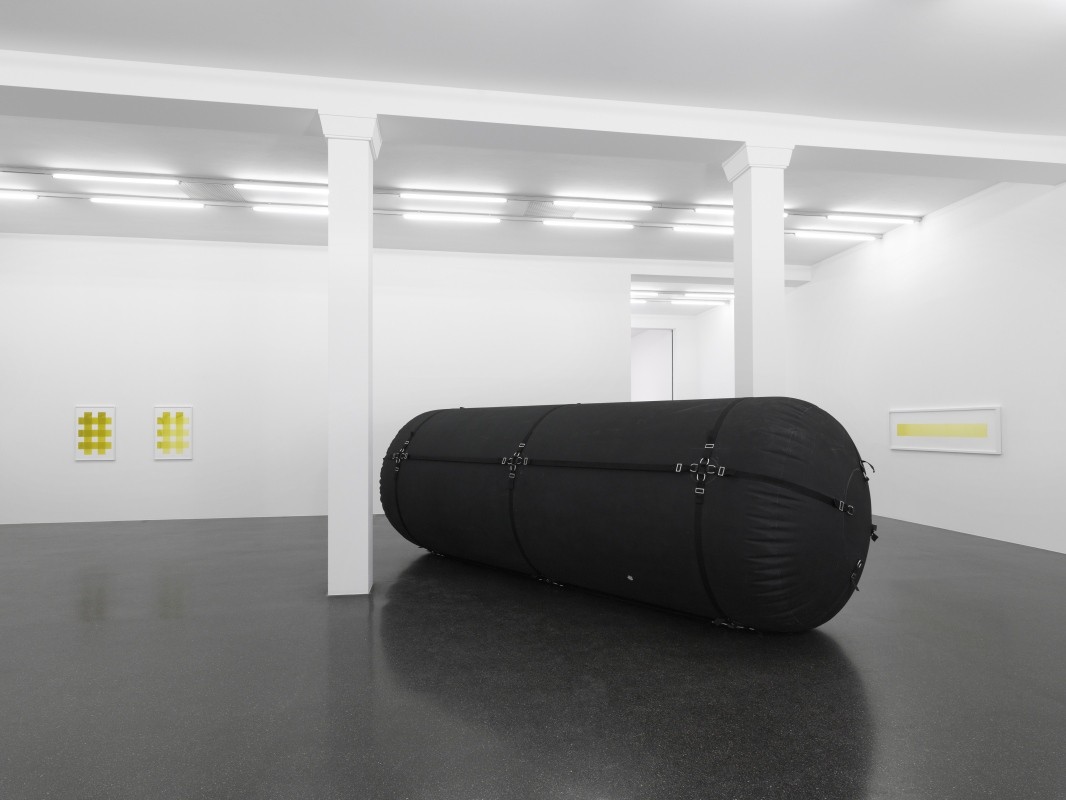 Galerie Francesca Pia is proud to announce a solo exhibition of new work by Fabrice Gygi. During his three-decade career, Gygi has tirelessly explored the forms and ambiguous functions of structures and infrastructures. For his second exhibition at the gallery, Gygi has imagined an installation that interacts with the visuals of control. Incorporating a major sculptural work and the debut of a series of watercolors, the exhibition creates constant battles between reception, execution and the understood.

The main space is inhabited by a large black pill-shaped sculpture. Constructed of banded rubber and inflated to tautness, the work oscillates between heaviness and lightness, appearance and the truth. Surrounding it is a series of watercolor works on paper that use perfectly controlled, single pass strokes as the building blocks for a visual language of beauty, order and disciplined authority. Created as large solitary rectangles or overlaid grids that recall institutional architecture and overpass infrastructure, each of the pieces exists in a perfectly balanced state of control and accident. The tone of the watercolor is pooled at places and shows the natural tendency of its medium, creating a constant energy in the pieces that is heightened and denied by the artist’s executional authority against gravity and flow. Continuing his artistic interest in the interaction and meaning of color against form, the main spaces of the gallery are split chromatically. Yellow in the room surrounding the sculpture; and purple in the far room, acting as the hued opposite and foil to this entry installation. In all of these works we see the iconic roots of Gygi’s practice: heightening an object’s or image’s presence through reduction; augmenting the contradictory for the creation of new signs and symbols, and the celebration of tension.