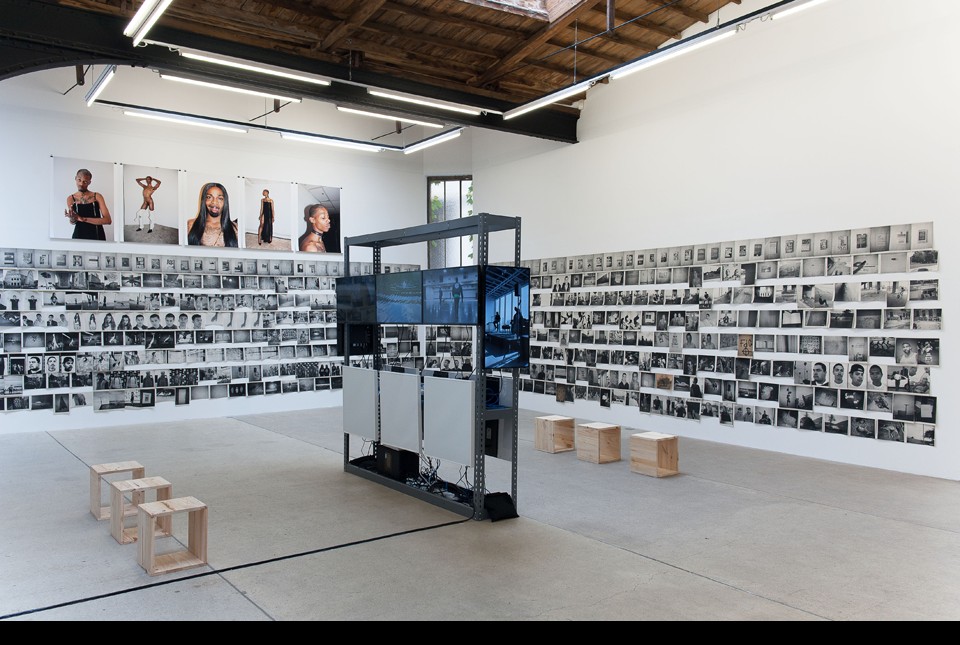 galerie frank elbaz is proud to announce the second solo show of Ari Marcopoulos at the gallery in Paris.

Andy Warhol said he wished he could be a machine but I'm not about all that, not exactly. I use a Machine, several in fact - sometimes a Leica, Canon, Contax, or Hasselblad - to take pictures with. Why? It's hard to explain, it’s easier to just look and to find patterns, repetition is key. These days everyone has a camera in their pocket and in the Warhol sense they have become machines, empty recorders continually taking aim at the time, trying to capture the elusive and the mundane. The trouble is that time slips away and fades anyway. I make books, zines, and films as a way to extend the life of the photograph, to make it move.

For my show at galerie frank elbaz I am considering the filmic quality of still photographs, making fast photocopies and slower color pigment prints, with the intention of papering the walls with thousands of images. I have been selecting photos from my extensive archive, guided mostly by intuition, this allows me to regroup old and new and to see the patterns within my work. I have been taking wayward paths across time, in predominantly recent work with diversions. The range of places I’ve been and the people I have encountered are what guide me, those people include edge dwellers, skaters, rap gods, athletes, kids, trees, graffiti, faces, tangles, and cars.

Noise, exertion and rebellion and chaos have always been my métier and so for the first time I’m building an ambitious machine of my own, an 8-channel video contraption to show a randomized array of my rarely seen short films. The collection of works in view represents a broad range of images of the past and the present. The Machine adds the element of time and the cacophony of place to portraiture.

The Park is a 58-minute silent movie with one cut that fixes its gaze on an open basketball court in Brooklyn. I’m captivated by the everyday life of the park, the players challenging each other, the play of light and shadow in the physical but also the emotional sense. Situated across from the Walt Whitman housing projects, the basketball court becomes a site of freedom and expressivity. Its the only court I know of in New York that has no fence around it, so the court’s activity blends seamlessly with life around it. The New York Housing Authority has effectively cut off its denizens from the main street, and so, The Park is a microcosm of street life unbound.