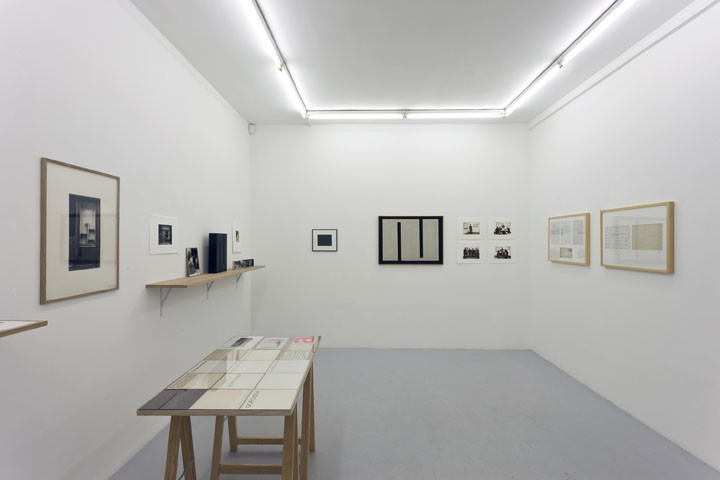 The works making up this exhibition at Galerie Frank Elbaz spotlight a distinctive avant-garde within the Croatian and European context during the second half of the 20th century.
Gorgona was no conventional group of artists. In Zagreb in the late 1950s the painters Julije Knifer, Marijan Jevsovar, Duro Seder and Josip Vanista used to get together regularly with sculptor Ivan Kozaric, architect Miljenko Horvat and art historians Dimitrije Basicevic Mangelos, Matko Mestrovic and Radoslav Putar. They organised exhibitions in the Studio G framing shop and published the antimagazine Gorgona between 1961 and 1966: each of these eleven publications was designed by an artist as a work in its own right. The group never issued a manifesto: its unity hinged on a shared state of mind that allowed each member full freedom to pursue his own artistic and/or theoretical activities while still contributing to the group's activities. Naturally enough, the ongoing intellectual interplay had a marked influence, and in their work the three strongest personalities, Vanista, Knifer and Mangelos, bear witness to this, each in his own way.
The Gorgona group's art was first and foremost a mental affair that did not necessarily require material expression: this was a preconceptual practice that situated the making of art in the domain of the intellectual, the nihilistic and the philosophical. Moving from an initially existentialist stance to a behaviourist one, it took the dematerialisation of art as its sphere of action: art as an everyday matter of outings, assemblies and meetings. The obvious parallel here is with artists whose agenda embodied an attitude or a process, like Yves Klein, Piero Manzoni, the Zero group and Fluxus.
It is hardly surprising, then, that there were connections with Dieter Roth, Piero Manzoni, Robert Rauschenberg, Harold Pinter, François Morellet, Vasarely and Yves Klein. Accordingly, the exhibition centres not only on the work of its three artists, but also on archival documents and photographs relating to international ventures: one example is a letter to a woman poet in which Josip Vanista mentions Guggenheim curator Edward F. Fry's advocacy of Marcel Duchamp's proposition for a project for the group. There are also the issues of Gorgona prepared by Roth, Pinter and Vasarely, and material relating to François Morellet's very first Studio G exhibition.
Focusing on a group of artists for whom standpoint outweighed form, this exhibition demonstrates the enduring vitality of a specific kind of artistic activity. There could be no better tribute to a movement working on the fringe of the institutionalised Contemporary Art system, one that never faltered in its quest for spiritual and intellectual freedom.