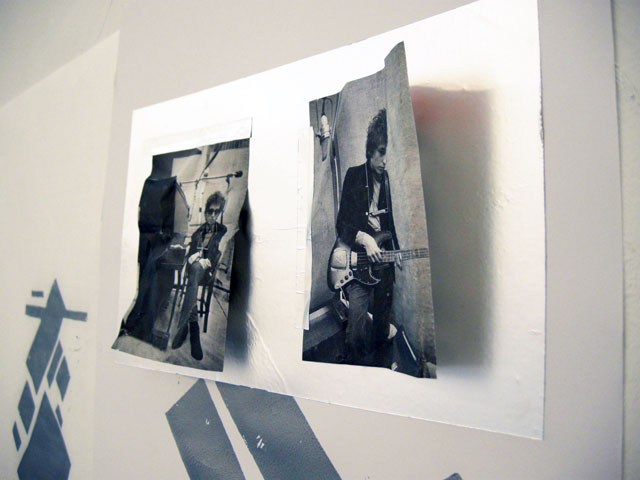 Choosing images, then recycling them by associating them with other materials: this is the gesture-cycle that structures Meredyth Sparks' work. The photographs that serve as a substrate in her oeuvre date from the 1970s, a watershed decade in that it saw both the apogee and the decline of political utopias and the counterculture, the culmination of Leftist radicalism and its abrupt repudiation. The tipping point came in 1979: year of the election of Margaret Thatcher in the United Kingdom and Ronald Reagan in the United States, but also of the beginnings of religious fundamentalism, with the seizing of power by Ayatollah Khomeini in Iran.
In cultural terms 1979 was the year of New Wave, a musical current that took the energy of punk towards more complex, less flamboyant forms and, with its apologia for emotional coldness, individualism and raw energy, marked a definitive break with the ideals of hippiedom. Even so, New Wave was an extension of the sixtiesgeneration underground: substituting a black-and-white minimalism, often inspired by Russian Constructivism and German Expressionist cinema of the 1920s, for the multicolored, curvilinear, naively exuberant iconography of the Flower Power years; and swapping the glorification of nature for a panegyric to artifice, the chemical and the industrial.

In Meredyth Sparks' work the abstract forms overlaid on and cutting across the source material give concrete expression to this process of recomposition, while at the same time pointing to a gap, a void that separates us from that material. In Pierrot le Fou Godard quotes art historian Elie Faure: "Velázquez does not paint things, he paints the spaces between them." An exercise in visual displacement, then: it is no longer a matter of studying the positive, solid shapes, but their opposites, the ones that govern their spatial relationships and movement. Sparks' work consists in producing a visual and mental discrepancy between images and forms, between a photograph's cult value and its exchange value. Initially we perceive an item of information from the past, which seems to be flickering hrough the mists of time expressed as a layer of abstract geometrical shapes. Evocative of the most radical modernism, these shapes glitter or shine, seemingly confronting the viewer with his own scopic impulse. Visually they hamper as much as they reveal.
www.galeriefrankelbaz.com