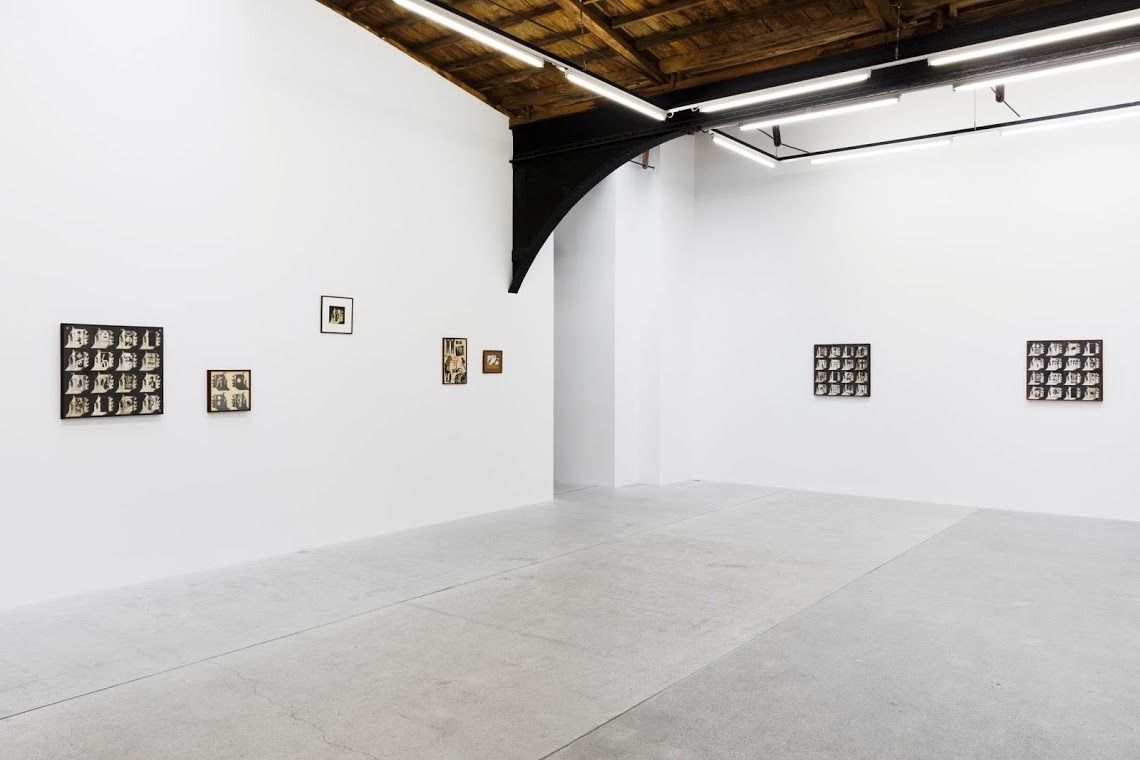 galerie frank elbaz is pleased to present Wallace Berman – Visual Music, the artist’s third solo exhibition in Paris. The catalog essay and exhibition examine the connection between sound and image, music and visual art, in Berman’s artwork and show the extremely important role music played in Berman’s artistic approach. His dual love of music and art often fused in pieces that reveal both musical and visual qualities.

Music was inseparable from Berman's life and work. The artist always kept strong ties to the music world and kept track of the latest developments with an insatiable curiosity, exploring the avant-garde beyond California and taking notice of innovative, unusual, and sometimes confidential productions. Berman’s love of music wasn’t limited to one particular genre but embraced many styles. Jazz, however, always remained his great love, especially bebop. Berman was a regular at Tempo Records in Los Angeles, a shop connected to the Dial label which was created to promote bebop. His drawings were chosen for several Dial leaflets and for the cover of the two-volume album Be-Bop Jazz With All the Stars of the New Movement released in 1947 and 1948. Berman often frequented Los Angeles’ underground black jazz clubs, where jazz legends such as Duke Ellington, Dizzy Gillespie, and Billie Holiday would perform. Thus his early works are inevitably rooted in jazz, which offered him a unique and genuine source of inspiration and emotion.

With the Beat generation of the late 1950s, the boundary between art, poetry, and jazz blurred, particularly on the West Coast. A major figure of the Beat movement in California, Berman was not only a devotee of jazz and poetry, but also actively encouraged their bonding. In his handcrafted magazine Semina, published from 1955 to 1964, references to jazz and musical citations share space with poems. He invited jazz bands to play during art openings at the Semina Gallery (1960-1961), a rather unconventional art venue he founded while “in exile” in the Bay Area.

After returning to Los Angeles, Berman began his series of Verifax Collages, named after the brand of copier he adopted as a main tool for his art-making in the mid-1960s. He always composed these collages while listening to music. As a result, sound, specifically music, infuses the artist’s artwork. Explicit or implicit, metonymic or formal, musical references abound in the Verifax Collages. For instance, portraits of singers such as Janis Joplin, Neil Young, Joan Baez, Marianne Faithful, and Bob Dylan are featured in several Verifax Collages.

Berman’s pieces usually bear no individual titles – although two are tellingly named after popular songs of the time. You Lost That Lovin’ Feelin’ takes the title of a 1964 song by Phil Spector and the Righteous Brothers, while Papa’s Got a Brand New Bag (1966) borrows that of James Brown’s famous tune. Another series of Verifax Collages, which also steps away from the monochrome grids, bears the generic title of Shuffle, which resonates with the shuffle rhythm and Brown’s celebrated dance step. The titles of the two major subsets of the Verifax Collages – Sound Series and Silent Series – deal more directly with the notion of auditory perception. In these regularly arranged collages the artist arguably introduces a spiritual dimension in keeping with his well-documented interest in the Kabbalah – a Jewish mystical tradition transmitted orally. Omnipresent in the Verifax Collages is the image of the portable radio, which unequivocally refers to the sense of hearing, the audible, and music, bringing sound into the visual realm by metonymy. Pictures of human ears recur frequently in the Verifax Collages and invite viewers not only to look at the artwork, but to listen, to be “all ears” to the evident messages as well as to potential secret meanings.

The Verifax Collages grids propose a dense sequential visual reading of American society, alluding to politics, current events, history, and culture, set against an undisclosed musical background. Music and art are never disconnected from their context, even if it is left up to viewers to bring in their favorite inner music to go along with the images Berman culled from various printed materials. In his own way Berman expanded on the work of John Cage. Just like Cage's 4'33" is a visual work, the Verifax Collages give a visual form to the recorded music transmitted through the transistor, as if sounds came out of the device together with accompanying imagery. It is not clear if Berman experienced true perceptual synesthesia, but it is likely that listening to music prompted various images in his mind. The Verifax Collages therefore offer more than a mere illustration or visual interpretation of a song’s lyrics or title. Whereas sound broadcasting, particularly with the radio, exclusively emphasizes the audio element, these artworks draw attention to the visual dimension of music, giving it a different materiality.

Berman was very interested in codes, in systems of signs and symbols, and in their transposition between media, as in Kabbalistic permutations. The grids of the Verifax Collages could easily be read as a unique system of notation indicating musical patterns and rhythms. The repetitive component of the hand holding a transistor radio provides the formal structure, the rhythmic basis within which different variations can develop, like a jazz improvisation using riffs on an existing tune. Furthermore, the orderly structure of the grids entices the viewer to peruse the aligned images as a score visually representing a piece of music’s time signature, phrases, measures, and tempo.

By and large the Verifax Collages can thus be regarded as “visual music", which designates the translation of sound, music, or other aural arts into visual art and also denotes the use of musical structures in visual imagery. Musicians seem to always have been drawn to Berman's artwork, no doubt because of the countless musical overtones. But perhaps they were also drawn in because they could intuitively recognize and decode the musical form and substance of Berman’s art. Or possibly because they could hear sounds and melodies when they looked at his collages. It seems only fair that the music world would pay homage to the artist in one of the most famous albums of all time: Berman’s likeness appears with those of other world celebrities on the second row of the cover of the Beatles’ Sgt. Pepper’s Lonely Hearts Club Band album.