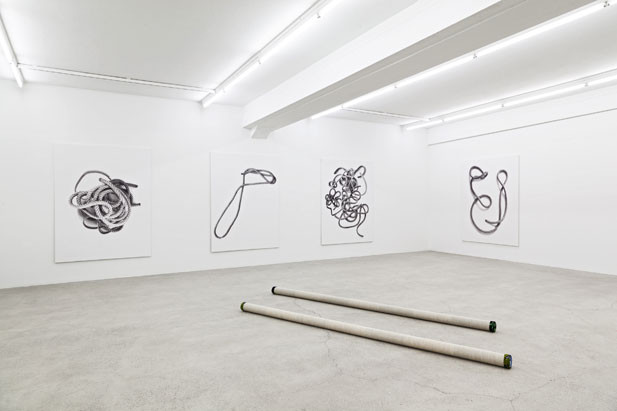 There is an I here, as well as a you, occurring simultaneously, as might be assumed, but not necessarily acknowledged. The works are readable at a first glance, and then as something else again.
“Perhaps we have arrived, in a kind of uncanny trance, to stare at the consequences of the grammar of the personal pronoun, beyond which empty space seems to fall away.”
or
“How could you have made an object that expressed your doubts?”
Both quotes Robert Morris, ‘Professional Rules’, 1997

I. Thinking about the subject in Roe Ethridge’s photographs.
The empty subject is the object. Is there a body to be found? There is a surface projection, a highly signified surface, beautiful even, smooth as capital, but perhaps not a ‘human’ subject. Image circulation...is it different now?
II. Desire for a new symbolic.
If it is your language, meaning his, cannot there be a new one? Scratch that!
III. [Insert] Platitude Normale Fig. I (The Value of Things 2003 - 2013) #1 - #3,
David Lieske, 2013.
The inconsistent I, nonfunctional or?
IV. Saison.
This work could have been a prequel to an earlier one, but occurred after.
The prescribed event: to participate in the 2011 competition season in Berlin / Brandenburg, trying to advance as far as possible. The results would be whatever images or documents were generated in this action. Third place in the finals...not bad.
www.freymondguth.com