My Brother, My Killer 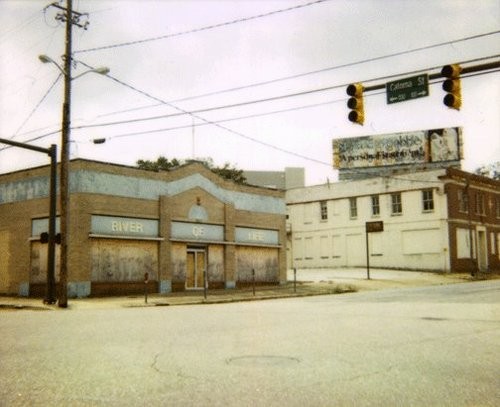 The exhibition MY BROTHER, MY KILLER takes a look at artists dealing with power structures and strategies of rebellion.
While most exhibitions have approached this theme by analyzing ideological or political elements, this show will focus on rather more personal aspects such as romance, longing, and hope. At its center is the existential promise of “liberation or death” which, ultimately, has its place in all concepts of revolution and is here understood as a romantic motif.
Guy Debord’s Society of the Spectacle describes extreme physical and existential experience as a way to reassert one’s identity in a world lacking the immediacy of unmediated events. An artistic action within the context of the existential promise of rebellion becomes a triumph over an innate powerlessness. Much of the art of the 1960s until the early 1980s that is politically perceived, i.e. Chris Burden’s self immolation performances, is scrutinized within this theoretical framework.
But how can one still make good on such a promise? The simultaneity of value systems today leads to a change in the negotiation of rebellion and resignation. Conflicts that were previously worked out in public have become private and personal arguments.
Civil disobedience has become less of a political tool of mass uprising than a quotidian and personal attitude lived out through the refusal of social norms and normative behaviors regarding consumption, gender, and sexuality.
The exhibition examines the existential promise of “liberation or death” in a climate of ambivalence in which places, strategies, and rituals as well as the front lines and contents of rebellion have become equivocal. With a focus on artistic strategies, the exhibition seeks out contemporary approaches to this promise between subjective experience and representation.
Jeremiah Day (*1974, USA, lives in Amsteram and Berlin) negotiates mechanisms of cultural
memory, migration, and civil rights movements in work based on photography, performance and language.
In his ongoing project on the civil rights party The Lowndes County Freedom Organization in Alabama, which became the first Black Panther movement, the artist recounts historic events and investigates their pertinence in the present. Day struggles in an almost physical manner with historic forgetting and portrays Lowndes County as a place full of meaning, in which local history and global change collide.
Josephine Meckseper (*1964, DE, lives in New York) has gained international recognition through her photography, videos and installations that engage with the interaction between politics and glamour. Thus, in her works, images of political activism – whether photographs of demonstrations or newspaper cuttings – are set against sparkling consumer goods and advertising motifs.
Her photographs of demonstrations in Berlin and Washington portray the political rebellion as an aesthetic mass-phenomenon and the demonstrator in the pink light of dawn, in a sea of tear gas and the smoke of burning shopping carts.
The videos and installations by Jeremy Shaw (*1977, CAN, lives in Berlin) follow themes of youth culture and observe instances in the formation of identity through collective rituals such as drug consumption, music or violence. The video „Best Minds Part One“ shows the pogo dance of young people at concert, who seem to relinquish all self-control. The ritualized dance, common in sub- culture music, is being strengthened by the fact that the portrayed youths are so- called „straight-edge-hardcore“-abstinent from drugs and alcolol and severely preachy about their puritanical views. In slow motion and with a soundtrack based on desintegration loops, the images make the bodies look light and playful and give the aggressive movements and violent embraces a distinctly sexual character.
The paintings of Megan Francis Sullivan (*1975, USA, lives in Berlin) scrutinize social codification, in particular the representation of masculinity. In a ambiguous position between critical analysis and youthful passing fancy, Sullivan creates a conceptual iconography of masculinity that superficially adopt aesthetic connotations of a male, homoerotic gaze, while refusing it through an aloof and hermetic style.
The series Suspects 2009/ 2010 is based on press images from the New York Times portraying terror suspects. Through visual abstraction and collage with advertisement aesthetics, Sullivan further alienates the illustrations that have already been manipulated to shape and meet the public’s expectations of terrorist identity.
Susann Walder’s (*1959, CH, lives in Zurich) works critique consumer society and take a stance of political resistance. Newspaper cut-outs, found objects arranged to sculptures, carpets and furniture show a painfully honest concomitance of critique and absorption, protest and fear, reality and dream. Walder‘s works witness a personal struggle of anger and refusal, not least against the power structures of modern psychiatry with which the artist has personally dealt for many years. At the same time they represent a striving for comfort, love and harmony with an unleashed honesty.
www.freymondguth.com