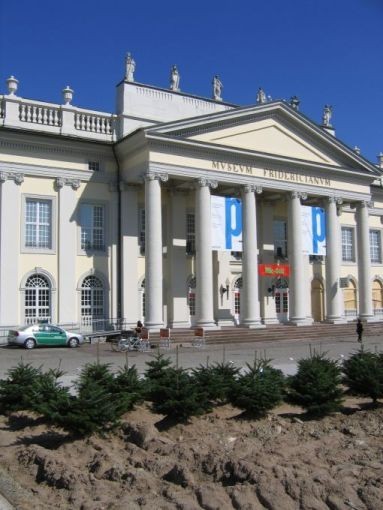 The Kunsthalle Fridericianum is opening its programme until December 2011 with a comprehensive exhibition by Christoph Büchel. The Kunsthalle, under the new artistic direction of Rein Wolfs, views itself as a place of engagement with the human condition, identity, art, and sociopolitical issues.
Since the 1990s, the Swiss artist Christoph Büchel (born in Basel, 1966) has made a name for himself in the international art world with complex installations and conceptual projects. Hole at the Kunsthalle Basel (2005); Simply Botiful at Hauser & Wirth Coppermill, London (2006-07); and Dump at the Palais de Tokyo, Paris (2008) are just a few of his acclaimed large-scale installations. Büchel’s works call for active participation and are sometimes physically demanding and psychologically disconcerting for viewers. Reality is reconstructed true to detail – there is an interplay and confusion between reality and fiction.
In his conceptual works Büchel displays an attitude that is critical of institutions. In 2002, he auctioned off his invitation to Manifesta 4 on eBay. In Capital Affair (together with Gianni Motti at the Helmhaus in Zurich), he promised to give the entire budget for the exhibition to the visitor who found a check hidden in the empty exhibition rooms supervised by a notary public. In 2006, he triggered an intense cultural debate in Salzburg: During the Kontra.com Festival, he successfully organised together with the Aktion Reales Salzburg (ARS) that he himself founded, a citizens’ petition under the motto Salzburg bleib frei (Salzburg Stay Free) leading up to a city-wide referendum over a five-year moratorium on contemporary art in the centre of the Mozart metropolis.
With the exhibition Deutsche Grammatik, Christoph Büchel deals with recent German history and current political and social structures in the country. In 1818 Jacob Grimm, at the time a librarian at the Kassel Fridericianum, wrote the first volume of his German Grammar; in 2008 the same title serves as a metaphor for an exhibition focusing on German culture. Christoph Büchel makes use of the 2,000-square-meter exhibition space of the Kunsthalle Fridericianum as well as the exterior area. With a comprehensive installation in which realities are reconstructed in a detailed, comprehensive spatiality, he addresses the situation in Germany and the meaning and function of the oldest museum building in continental Europe. In this framework the politica, Germany’s first political-party fair, takes place on September 6th and 7th.
Rein Wolfs opted for an exhibition by Christoph Büchel “because he is able to lay bare the connection between art and society, to elucidate the current condition humaine, and to stimulate discourse on the role and significance of art”. And precisely these issues will be of central importance in the future programme at the Kunsthalle Fridericianum.
Starting on 5 September, a new era will begin in the colourful history of the Fridericianum. Robbed of its function as museum, its rooms will instead be made available for various interim uses. The new occupants at the Fridericianum will include a branch of the discount store Mäc-Geiz, a gaming arcade, a tanning studio and a fitness centre. One whole wing will be used as an event venue for the first fair showcasing the German political parties, the politica. In another wing, the torn-up files of the former German Democratic Republic’s Ministry for State Security will be re-constructed. Later, the Fridericianum will be remodelled for other uses. A new function will be sought for Friedrichsplatz as well, a square on which military parades were held up until the mid-20th century.
www.fridericianum.org