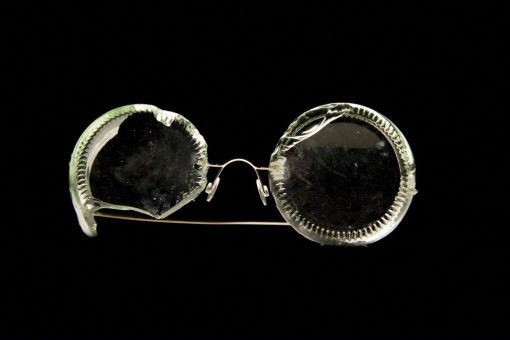 Knorr’s art focuses on the concept of materialisation. Performance versus everyday life as well as public versus private space and the relationships between artist and audience are some significant aspects of his work. Pursuing the principle of conceptual art, Knorr explores the aspect of materialisation in art, calling it into question on various levels. Thoughts, ideas and feelings, but also identity, language and text all contribute to the realisation of his art.

In 2005 Daniel Knorr represented Rumania at the Venice Biennial and, as an “anti-concept”, left the pavilion empty. All that could be seen were the traces left behind by the pavilion’s past usage and by time. As this project with the title European Influenza 2002-2005 took place the same year Rumania signed the contract to join the European Union and two years before its actual accession, the artist used it to draw attention to the conflicts provoked by this politically and historically significant event. The exhibition was accompanied by a reader published by Marius Babias with essays by authors including Boris Buden, Bojana Pejic, Piotr Piotrowski and Dan Perjovschi, which was distributed to visitors free of charge.
At this year’s Berlin Biennial, Knorr questioned German history and the notion of national identity in his work Nationalgalerie, which featured all of the flags of the 58 Berlin-based student fraternities – notorious for their right-wing position – as a “flag frieze” fluttering from the roof of the Neue Nationalgalerie. Knorr’s contribution to Manifesta 7 in South Tyrol consisted of removing all the doors of one of the exhibition venues in Rovereto, so that the artworks on view there were freely accessible 24 hours a day. The reactions to this project were documented and discussed in supplements to the local daily paper as well as in cooperation with a Rumanian periodical. As a participant of the Quadriennale U-TURN in Copenhagen, Knorr caused quite a stir this autumn with Stolen History – an intervention in public space – by hiding the heads of the city’s public sculptures and monuments under black masks.

At the Fridericianum, Knorr will be presenting his performance project Scherben bringen Glück (Broken Glass Brings Good Luck). The project includes not only the creation of the sculpture City Pills, but also the ongoing production of eyeglasses out of fragments of old glass during the entire run of the exhibition. With an eye on the concept of materialisation, the artist aims to make history – literally – visible in this way and to evoke associations with various levels of our culture, or non-culture as the case may be. But Scherben bringen Glück is also an exercise in seeing, an investigation into the global imbalance.

Over the coming years, the Fridericianum will be hosting several more solo projects by Knorr. The artistic director, Rein Wolfs, has invited the artist to accompany him for the duration of his assignment in Kassel. “The art of Daniel Knorr stands for a dynamic connection between the conceptual and the performative. It attests to the artist’s humanity, wit, dedication and institutional critique”, Wolfs comments on this collaboration. “Daniel Knorr will play a vital role in shaping the future profile of the Kunsthalle Fridericianum.”
www.fridericianum.org