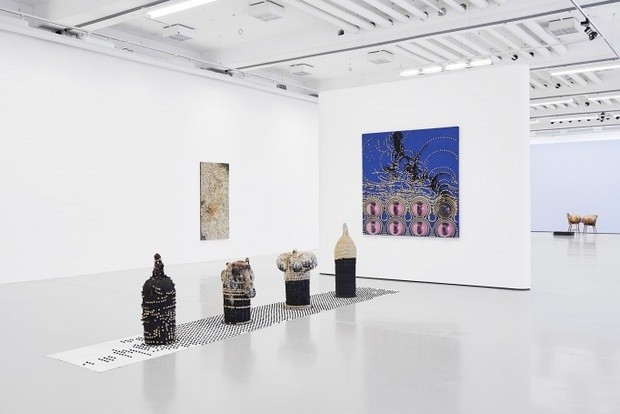 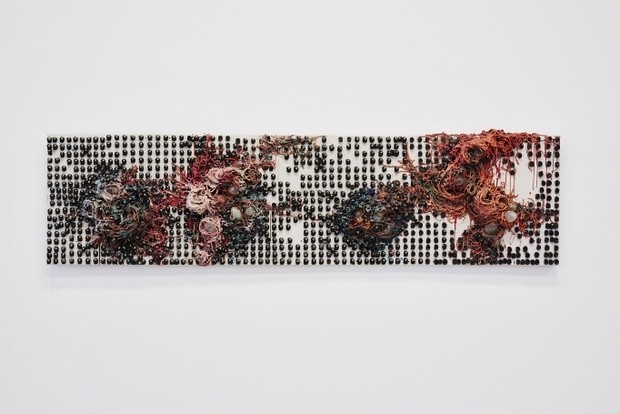 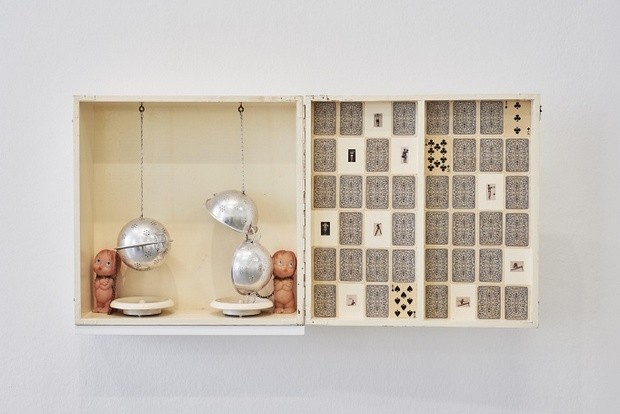 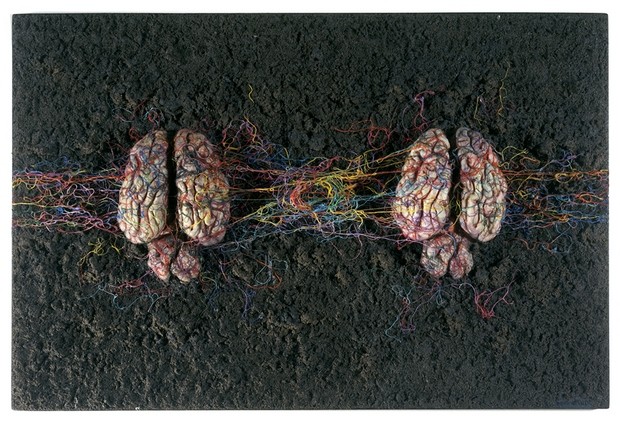 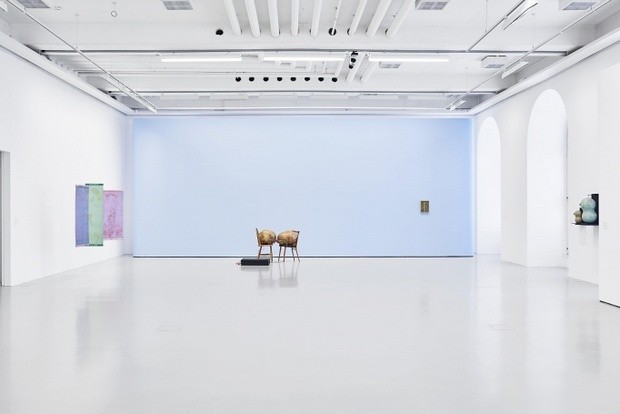 Bottled humanism, colored neon contaminations, tattered flaps of skin, and limp penises bring humanist self-assurance crashing to the ground. What appears as poison or chemical devastation is in fact an appeal to understand metamorphosis as a state of being. Over a period of three decades (from the mid-1950s to the late 1980s), Tetsumi Kudo created a consistent body of work that serves as a model for contemporary conceptual approaches of Posthumanism and the New Materialism. The Fridericianum presents the first comprehensive retrospective exhibition of the Japanese artist’s work in Germany.
Forms converge, melt or conglomerate in the microcosms cultivated by Tetsumi Kudo. Body parts become autonomous beings and categorical hierarchies are set aside. Eyes, noses, and light-emitting diodes proliferate, while plants, electrical circuits, and brains merge in cages, cubes, boxes, and aquariums. Kudo reflects upon the ideological boundaries between mankind, nature, and technology from the distanced perspective of an unsentimental observer. He aggressively criticizes the supposedly unique status of the human being: “In this new ecological system, it is not possible that human dignity alone should retain the hauteur of a king. But it is very difficult to remove the sentiment of privilege (human dignity) and the sentiment of colonialism of the head of humanity that calls itself ‘humanist.’” Tetsumi Kudo experienced the nostalgic devotion to a humanist image of mankind in Western society, which he found extremely specious. In Japan, the nuclear attacks on Hiroshima and Nagasaki produced a caesura; their devastating effects revealed the vulnerability of the human organism. Nuclear disaster is equivalent to a demonstration of both absolute power and loss of control, exposing the paradox inherent in Humanism. Consequently, it becomes necessary to transform the human being. Kudo demonstrates how body parts, plants, and electrical devices converge to form post-human structures. In Kudo’s view, these are by no means apocalyptic scenarios or nightmarish visions of the future. Instead, the renunciation of Humanism is an act of liberation. Space is created for a post-human transformation of the body that goes hand in hand with a reappraisal of traditional categories.