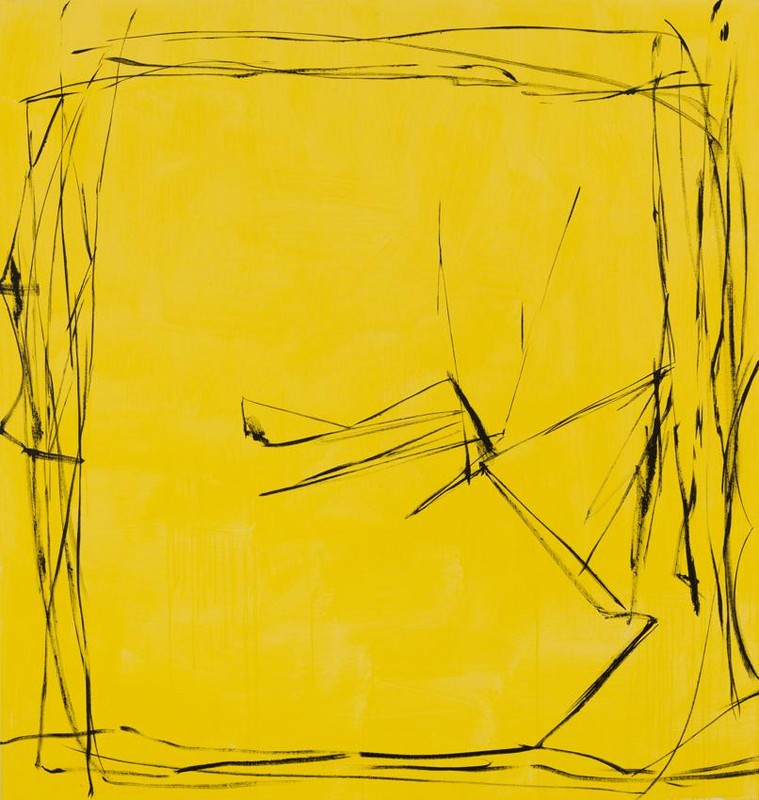 Petzel Gallery is pleased to announce an exhibition of new paintings by Charline von Heyl. This is her seventh solo exhibition at the gallery.

Charline von Heyl’s paintings are not abstractions of objects or figures; rather, she is interested in creating abstract images that stand for themselves. They are new pictures, composed inventions. Much like her previous work, they are further expansions (and revolutions waged) upon the bounds and rules set by the history of painting, in which abstraction stretches toward representation, image and non-image indecipherably integrate, and where the distinction between image and object dissolve.

A single abstract image is built of fragmentary glances of meaning and emotion. It contains a politbüro of shapes, colors, space, lines, narratives, and gesture that are constantly reshuffling their proposed hierarchies. Gestural marks and layers have given way to an intended structure of surface tensions. Space falls into, under and skates over itself, runs into obstacles, creates half-hearted illusions, and forgetting its purpose becomes image. Color is rendered ambivalent and unstable. It dissolves the image, shifts its shapes and often leads to a fleeting or teasing relationship to the spatial position of the viewer. Ultimately, composition has been sabotaged and its instability is held in the round rather than what seemingly constitutes its center. With speed, the painting’s surface reveals a myriad of contradictions and reversals, color refractions, intentional confusions, and ultimately requires (and desires) careful looking.

Charline von Heyl was born in 1960 in Germany, she lives and works in New York and Marfa, Texas. Her work has been exhibited both in the United States and abroad, including solo exhibitions at The Tate, Liverpool; Kunsthalle Nurnberg, Nurnberg; Bonner Kunstverein, Bonn; ICA Philadelphia; ICA Boston; Westlondonprojects, London; Le Consortium, Dijon; the Dallas Museum of Art and in the Vienna Secession. Von Heyl's works reside in the collections of the Tate, London; Museum of Modern Art, New York; Museum of Contemporary Art, Chicago; Musée d'Art Moderne de la Ville de Paris; The Museum of Contemporary Art, Los Angeles; and The San Francisco Museum of Modern Art; among many others.
www.petzel.com