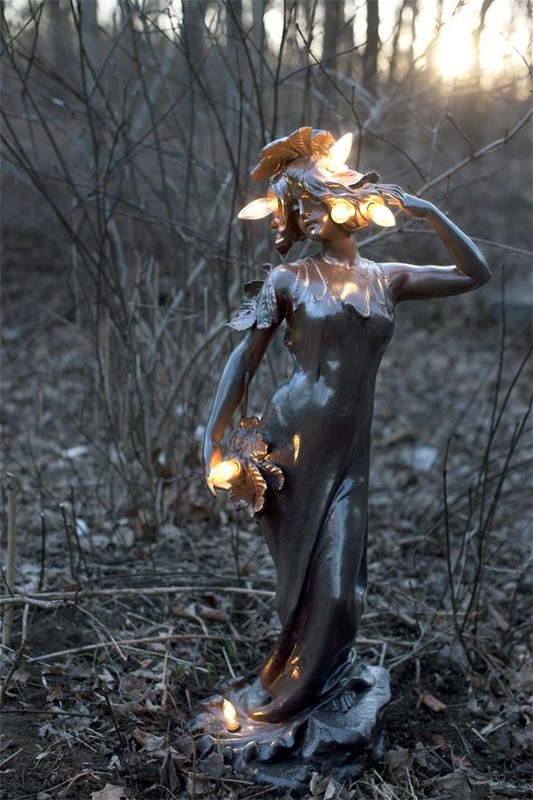 Friedrich Petzel Gallery is pleased to announce The Phantom Sex, an exhibition of new work by Dana Hoey. The exhibition opens on Thursday, February 21st, from 6:00 – 8:00 PM and remains on view through March 30th.

The Phantom Sex is a series of twelve new photographs. As if engaged in the futile search for the elusive, essentialist “woman,” Hoey’s photographs of figurative casts and molds record the shell of a female, both literally and figuratively. An Art Nouveau figure, a Dutch Orientalist sculpture, a “death mask” of the actor Sean Young - all of these perversely unrealistic objects serve to unseat and unmask the girlish ideal. Among other materials, Hoey has cast her face and her best friend’s body in such grotesque detail that they leave only a trace – not a picture of a person – but a picture of a three dimensional record of a person, a ghost.

In 2012 Dana Hoey had a survey exhibition at the University Art Museum at Albany, New York. Her work is included in numerous collections, including the Hirshhorn Museum and Sculpture Garden, Smithsonian Institution, Washington, D.C.; University Art Museum, Princeton University, New Jersey; the San Francisco Museum of Modern Art; and the Solomon R. Guggenheim Museum. She received a B.A. in philosophy from Wesleyan University and an M.F.A. in photography from Yale University. She lives and works in upstate New York.
www.petzel.com