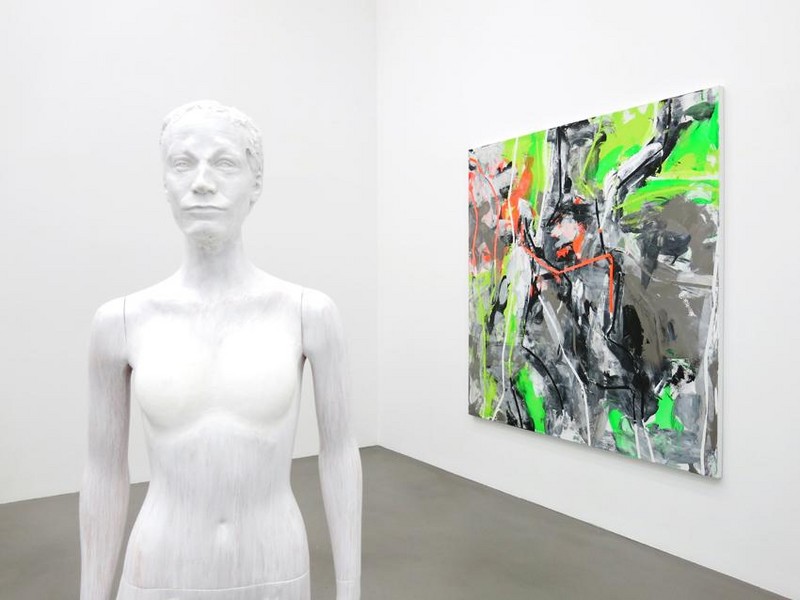 Petzel Gallery is pleased to announce its forthcoming exhibition of new work by Heimo Zobernig. This will be the gallery’s third solo show with the Austrian artist and will include both paintings and sculptures.

Since the 1980’s, Zobernig’s practice has moved nimbly among painting, sculpture, video, architectural intervention, institutional critique, and performance in an ongoing interrogation into two of the central tropes of twentieth century painting: the grid and the monochrome.

For this exhibition Zobernig will present paintings that represent a continuation of a series started in 2012 inspired by a Picasso exhibition at the Kunsthaus Zurich. The Kunsthaus exhibition was itself a re-creation of a seminal exhibition of Picasso’s work staged at the museum in 1932. Zobernig uses Picasso’s work as a departure point, but in this most recent iteration, the language has become looser and more abstract. What remains constant is Zobernig’s own characteristic painterly language – with its acknowledgement of the materiality of its substance and the traces of its process – with only a coded and re-imagined reference to the simplicity, directness and freedom of Picasso’s line. In drawing on this source, Zobernig once again seems to be commenting on the inevitable debt that post-modernism owes to its modernist antecedents.

Installed alongside the paintings will be five sculptures. Four are in the form of mannequins, a ready made which Zobernig frequently revisits in his practice. Two of these forms are partially covered with grids of blue tape; however Zobernig is quick to point out that even without this treatment, the human body has for centuries been divided into meridians, suggesting that with eyes wide open, the grid is omnipresent. Moreover in today’s digitized world where lines have become an increasingly important means of rationalization, the grid is perhaps even more relevant than ever.

The fifth sculptural element divides into four parts and is constructed out of cardboard covered in a black synthetic varnish with white goose down feathers, a series revisited from the artist’s feathered objects and plain cardboard sculptures of the 1980’s. But unlike the plain cardboard objects, the surface of these works represents a further exploration of finish and also speaks to the element of humor often found in Zobernig’s work. Although the four elements can be put together to create a cohesive rectangular whole, Zobernig will deliberately separate them, arguably annihilating its minimalist, square form.

Heimo Zobernig was born in Austria in 1958 and lives and works in Vienna. He studied at the Akademie der bildenden Künste, Wien from 1977-1980, and at the Hochschule fur Angewandte Kunst, Wien from 1980-1983. Zobernig has exhibited widely in various international shows including most recently the Museo Nacional Centro de Arte Reina Sofia, Madrid, Spain (2012); a show which later traveled to the Kunsthaus Graz in Austria (2013). Other exhibitions include the Kunsthalle Zurich and the Essl Museum, Vienna (2011); the Centre Pompidou in Paris; the Fundação Calouste Gulbenkian in Lisbon; CAPC, Musée d’art Contemporain, Bordeaux (2009); and the Tate St Ives (2008). In 2010 Zobernig received the Frederick Kiesler Prize for Art and Architecture in Vienna.
www.petzel.com