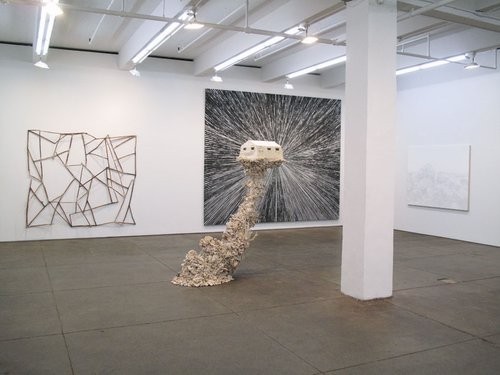 Friedrich Petzel Gallery, Metro Pictures, and Nyehaus are pleased to announce the opening of "Swell, Art 1950 – 2010".

Nyehaus, Friedrich Petzel Gallery and Metro Pictures present SWELL—with curatorial team Tim Nye and Jacqueline Miro—a survey of surf-themed art produced by city dwellers that will open to the public on July 1st at the three gallery locations in Chelsea. Swell will include work by most members of the group of Venice Beach artists known as Light and Space and Finish Fetish (all of them surfers) including De Wain Valentine, Peter Alexander, Larry Bell, Billy Al Bengston, Laddie John Dill and others. To quote Dave Hickey in his essay about Primary Atmospheres:

"In its initial vogue, these works spoke directly to a new kind of artistic decorum—less aggressive than pop, less ideological than Minimalism, and less maidenly than post-painterly abstraction. It had a kind of gallantry—the cool courtesy of a well-born rake. California Minimalism created a gracious, social space in it's glow and reflection; it treated us amicably, made us more beautiful by gathering us into it's dance. It still does this today, so I am not amazed by the renewed interest in this work. I am still amazed, however, that my beach-bum pals could have created such a capacious and courtly art, although beach bums, I suppose, have dreams like everybody else."
www.petzel.com