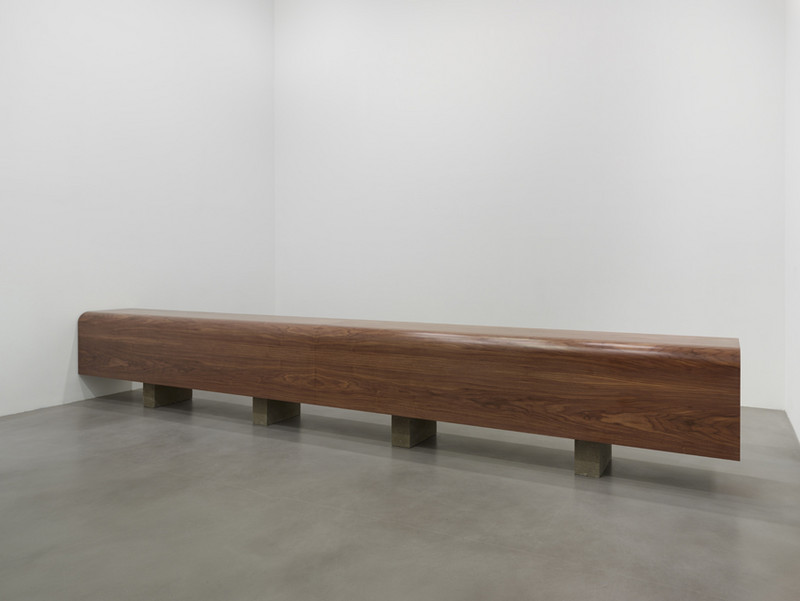 In 2007 Guyton showed a series of black paintings made with his Epson 9600 printer and covered the gallery’s concrete floor with a facsimile of his studio’s plywood floor. This time he has made five new works on linen specifically for the gallery’s walls. Using the same digital file from 2007, but enlarged to accommodate a new printer’s increased width, they are printed with an Epson 11880. The ink is UltraChrome K3 with Vivid Magenta. The works are turned on their sides, hung horizontally and stretched to fit the gallery walls. Two of them are jammed in a corner.

Guyton will also present a new sculpture. The object takes its form from the coat check counter at the Carnegie Museum in Pittsburgh, where he has installed four paintings for the International.
www.petzel.com