Look With All Your Eyes, Look 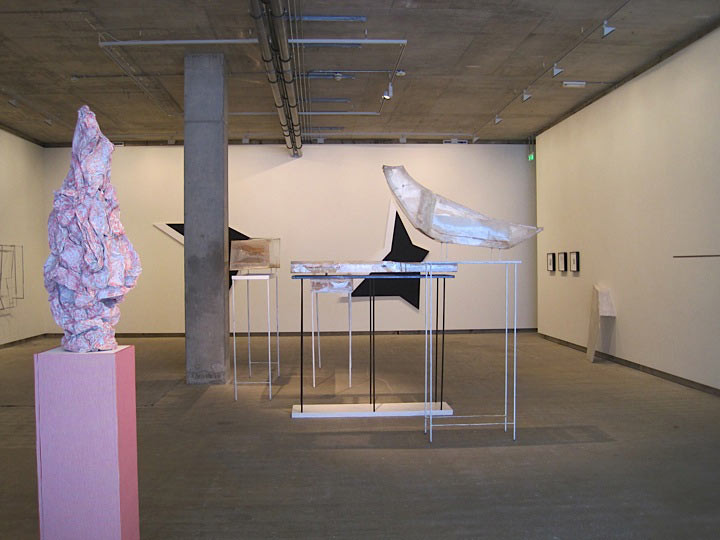 Frith Street Gallery is delighted to announce its summer exhibition, Look with all your eyes, look. A group exhibition, it draws together works by eight artists based in the UK, USA and Europe: Rachel Adams, Sara Barker, Neil Clements, Alex Dordoy, David Maljkovic, Helen Mirra, Rudolf Polanszky and Erin Shirreff. The exhibition, which includes sculpture, painting and photography has no rigid theme but is rather an exploration of form and structure; material and illusion.

The exhibition is curated by Susanna Beaumont, Frith Street Gallery’s recently appointed Director. It takes its title from Jules Verne’s 1876 novel Michael Strogoff, in which the eponymous hero is imprisoned and supposedly blinded by his captors. The line also appears on the opening pages of Life: A User’s Manual by the French writer Georges Perec, published in 1978.

Rachel Adams is an Edinburgh-based artist. Her sculptures interrogate the form and function of mundane and everyday materials. Recent exhibitions include Marble Mouthed, The Duchy, Glasgow (solo 2011) and Be the Hammer or Anvil, Generator Projects, Dundee (group 2010) and currently Cut from Whole Cloth, Domobaal, London (solo).

Sara Barker studied at Glasgow School of Art and lives and works in Amsterdam. She constructs precarious sculptural forms from slender shafts of aluminium and steel, which are then painted with thin washes of watercolour. Recent exhibitions include Images, at Mary Mary, Glasgow (solo 2010).

Alex Dordoy is currently on the De Ateliers studio programme in Amsterdam. His constructions frequently meld together a range of materials to give an impression of weight and solidity. Repeatedly re-working objects, Dordoy often mimics one material through the manipulation of another. Recent exhibitions include Upstairs at The Modern Institute, Glasgow (solo 2011).

David Maljkovic is based in New York. His photographs and installations frequently draw on documents and imagery from the past. He re-casts historical events to question perception and the notion of the commonplace. Recent exhibitions include Recalling Frames, Metro Pictures, New York (solo 2011).

Helen Mirra is based in the USA. Typing text on to strips of cotton, Mirra adds a gravitas to throwaway scraps of material, turning the ephemeral into poetic musings. Future exhibitions include Field Readings 1–3, Bonner Kunstverein and KW Institute of Contemporary Art, Berlin (solo 2011/12).

Rudolf Polanszky is based in Vienna. His curious vitrines are held aloft on teetering structures constructed from thin rods of iron. They appear roughly constructed: dribbles of glue are clearly visible yet the sense of makeshift gives the work a vulnerability. Recent exhibitions include Ancient & Modern, London (solo 2011).

Erin Shirreff lives and works in New York. She trades in ambiguity. Her photographs have an air of documentary authority, tempting quick conclusions and misplaced assumptions. Recent exhibitions include the Institute of Contemporary Art, Philadelphia (solo 2010).
www.frithstreetgallery.com