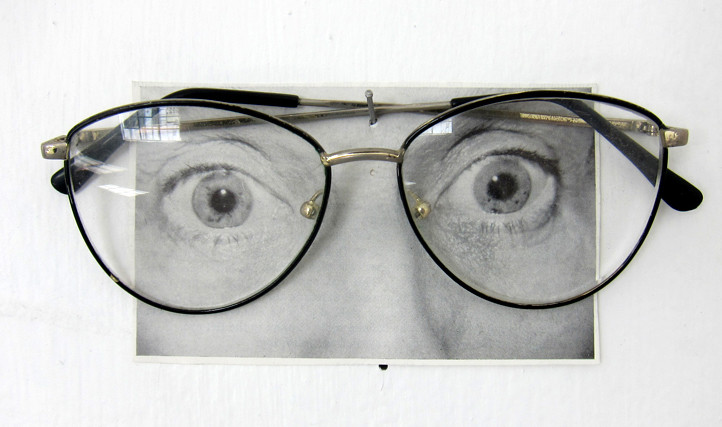 Born in 1982 in Mexico
Lives and works in Mexico City

Marco Rountree is an autodidact. He began his artistic career in 1996, making graffiti in Canada and Mexico.
In his work, Rountree appropriates residues of today’s culture, the reuse of images, garbage in the streets, with the aim to explore the dynamics of contemporary societies and cultures.
Marco Rountree described his artistic practice as “ how to give importance to objects, bringing them home and treating them as decorations”. This taste for surprising combinations and visual ornamentation has its roots in his past as a graffiti artist. His series “walking objects” (2001) included strings and gold necklaces with pendants made from various ordinary items, or food, thought as visual puns, and become cultural talismans. More recently Rountree continued this theme with installation of books in which he folded the pages, depriving the books of their function and turning them into aesthetic objects.

Conversation with Marco Rountree in Colombia

“It’s hard to explain, all my life, I loved to walk, in fact it is a very important part of my life. Since I was very young, I picked up the garbage and given them importance by bringing them home and treating them as decorative objects. When I first saw the work of Tacita Dean and the Aztecs, and read the book about mystical and shamanic things, I got the idea of making a necklace. Usually people hang religious objects on their necks. This has a spiritual context, but also a context-fashion that I really like. I am a big fan of Public Enemy, who used to hang huge objects, like watches around their necks.
Found objects, every day, have you done this before?

Yes, I work with accessible found objects. That is why my work includes books, cutlery and any object that I find. I think it is just a logical and relaxed way to work. I prefer to work with objects that I have. I like to adapt. When I worked with blue tape, it is because they sold that tape everywhere. The other thing that is important to me is to have a process that anyone can do easily. Sometimes I work with architects, with industrial materials. I don’t like confrontations in my work.

How it relates with your drawing practice and the link with the found object?

Since I was little, I love drawing. But in the streets it was the drug culture. I started getting interested in graffiti. The only thing that attracted me to the aesthetics of graffiti was that is was illegal, you jeopardize yourself for something as stupid as a little drawing on someone’s property. This gave me the idea that we could do something important, although it is not important for everyone. I learned that from graffiti. I didn’t want to make murals with graffiti, just little signs. When I was 15, I was already in the graffiti scene in Mexico. I started drawing on paper towels. It was a feeling of pleasure not to need anyone to produce drawings on napkins. It was also humor, it was just a towel.
www.gabriellemaubrie.com