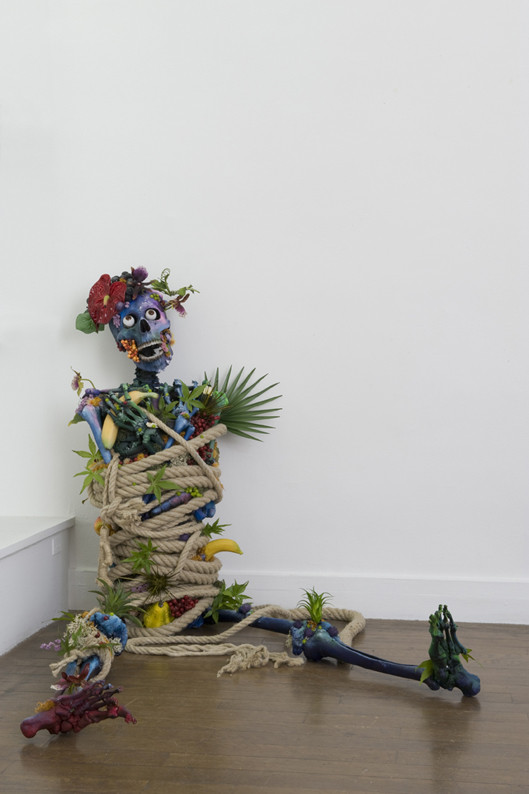 Some express fear by tensing skin and muscles like bows, others have fun and glougloutent deep in a forest of stones; some sneer, gossip and roar with laughter, others that where wrapped in hemp their madness seemed contagious and their eyes mad; we find some plump, hairy, mossy, feathery and full-lipped; while others are silent and lament on their bones, while elsewhere they celebrate unknown gods with great blows of palms and sparkling dogtooth. They scream, they howl and they complain. They pray, they are silent and they smile. They have nothing to say and they scream it, they remain hidden and they come out in the open. They are petrified and moving, they have color and in mourning. They celebrate birth and cry their dead.
And they are all silent. Amazed. Open-mouthed to be united this way. Babas happy.

They have traveled and seen the world, but before...
Before they have been revered, cursed, put on a pedestal, vandalized, painted, stolen, sold, collected, disguised, camouflaged and counterfeit. They protected villages, defended tribes, brought rain and grown crops. They have waked the dead, paraded on holidays and attracted lighting away from the huts. Some have rubbed elbows with kings.
But they have never been introduced to one another and they have never been exposed. It’s Théo Mercier who went to meet them and discover them. In Mexico City or in Ostend, Berlin or Tewa-Sisassi, in Auvergne or Benin, among obscure collectors and great patrons-of-the-arts, in auction houses and cabinets of curiosities. Everywhere where there are craftsmen, trade secrets, ancestral curses, beliefs and fears, carnivals and feasts. Places without museums. By hazard of trips, over new acquisitions.

The challenge of tightrope, the exercise of style of this exhibition was to make a coherent collection though each piece claims with violence it’s own individuality. To make them visible, they appear in the first room assembled in a folk production of the end of the world, a funeral parade of what man can create when he feels the Apocalypse coming, an anguished loophole but joyous, dances with the Grim Reaper, an artistic pied-de-nez before the great plunge and a conspiracy by the absurd.

The second room is one of birth, of the origin, of the beginning and the raw material.
Masks and eyes, statuettes and holograms are all asking the same question of the representation of the human in a world that is still only chaos, which is not yet organized socially and who invents their own reflection on wood. A world that appeal often to the gods and ask for protection in exchange of a work, a sculpture or a totem.

It was a challenge to assemble, to present to the public in the absolute nudity under the only pretext that they have much to say to say to each other, things to tell us.
Welcome to the Musée des Arts Seconds