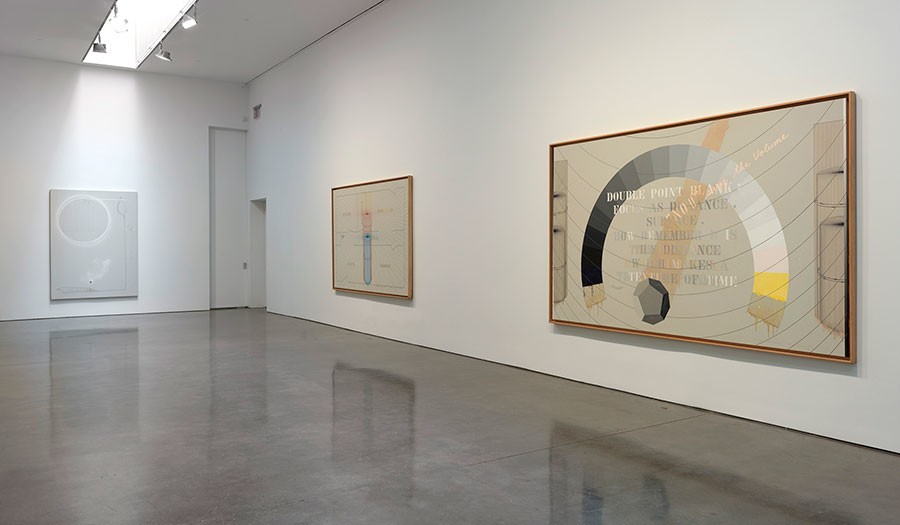 Arakawa, (born Shusaku Arakawa, 1936, Nagoya, Japan) was one of the earliest practitioners of the international conceptual-art movement of the 1960s, working within the media of painting, drawing, and printmaking. The work of Arakawa is now represented by Gagosian.

Arakawa attended the Musashino Art University in Tokyo before moving to New York from Japan in 1961. Following his arrival, Arakawa began producing diagrammatic paintings, drawings, and other conceptual works that employed systems of words and signs to both highlight and investigate the mechanics of human perception and knowledge.

In 1962, he met his future wife and collaborator – poet, writer and philosopher Madeline Gins. They were married in 1965 and worked closely together in the years following. Throughout the subsequent decades Arakawa continued to exhibit at museums and galleries extensively throughout North America, Western Europe and Japan with works that grew in scale and visual and intellectual complexity.

In the 1990s, Arakawa and Gins developed the theory of ‘procedural architecture’ to further the impact of architecture on human lives. Through architecture specifically, they endeavored to ‘learn how not to die,’ a concept that they termed ‘reversible destiny,’ believing firmly that the architectural works that they created would have an impact on the personal well-being and longevity of those who lived within them.

Jean-François Lyotard has said of Arakawa’s work that it “makes us think through the eyes,” and has described it as transforming “the usual constancies of orientation into a strange, enticing game—a game of continually thinking out.” In a 1988 interview, Arakawa spoke of the relationship of image and text in his work, saying:

The language has its own world, the picture its—the gap, that is where I want to play. When the gap is enormous, the title takes on a greater importance. The title is, of course, an additional layer of language beyond or over that of the controlling sentences appearing on the face of the canvas.