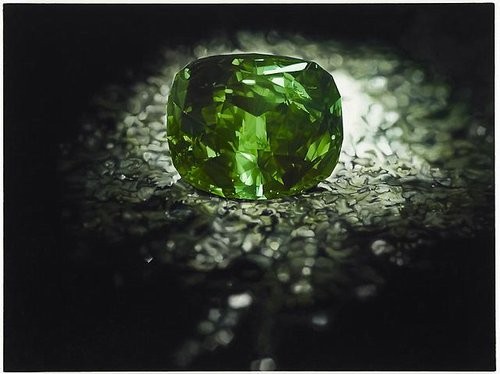 Opening reception for the artist: Saturday, January 30th, from 6 to 8 pm


Gordon Burn: If you got to make a fool of somebody, who would it be?
Damien Hirst: God.

Gagosian Gallery is pleased to present "End of an Era", an exhibition of new paintings and sculpture by Damien Hirst.

The exhibition takes its title from the central sculpture in the exhibition, a severed bull's head with golden horns and crowned with a solid gold disc. Suspended in formaldehyde and encased in a golden vitrine, this totemic sculpture acts as a powerful coda to The Golden Calf (2008). End of an Era proffers a sacrificial head, here dismembered from the majestic body of the earlier sculpture. While The Golden Calf symbolized the worshipping of a false idol, with End of an Era (2009) Hirst demystifies the biblical tale and, by extension, debunks his own myth-making.

Also included in the exhibition is Judgement Day (2009) a thirty-foot long gold cabinet filled with close to 30,000 manufactured diamonds. A series of photorealist paintings of famous diamonds including The Golden Jubilee (2008) The Agra (2006) and The Premiere Rose (2006) are shown together here for the first time.

Having recently announced the end of the various series for which he has become known over the last twenty years, including the spot, spin and butterfly paintings, Hirst also makes reference with the exhibition's title to the seachange in his own work.

Damien Hirst was born in 1965 in Bristol, UK. Solo exhibitions include "The Agony and the Ecstasy", Museo Archeologico Nazionale di Napoli, Naples (2004); "A Selection of Works by Damien Hirst from Various Collections", Museum of Fine Arts, Boston (2005); "Damien Hirst", Astrup Fearnley Museet fur Moderne Kunst, Oslo (2005); "For the Love of God", Rijksmuseum, Amsterdam (2008); "No Love Lost", The Wallace Collection, London (2009) and "Requiem", Pinchuk Art Center, Kiev (2009);. He received the DAAD fellowship in Berlin in 1994 and the Turner Prize in 1995. An exhibition of the artist's private collection, 'Murderme', was held at Serpentine Gallery, London in 2006. His work is included in important public and private collections throughout the world.

Hirst lives and works in London and Devon.
www.gagosian.com