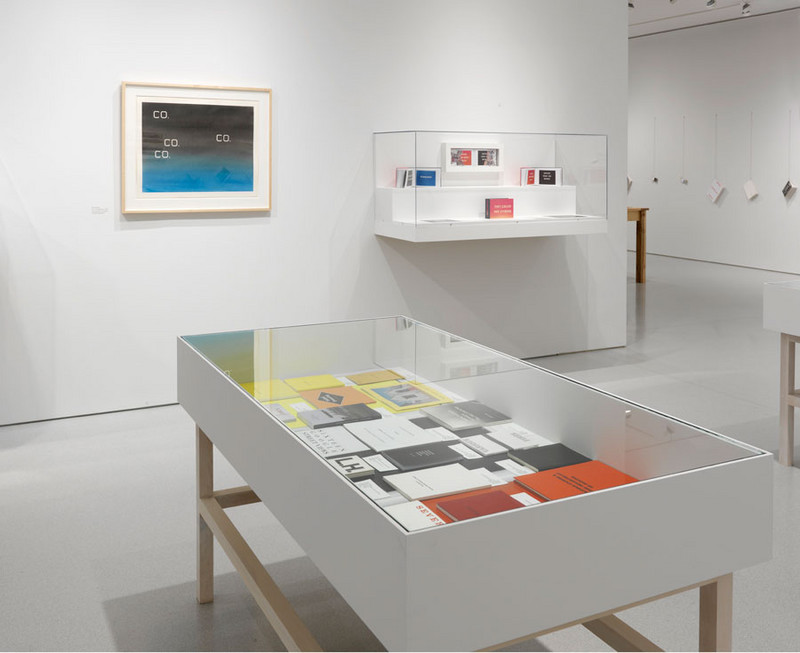 I want to be the Henry Ford of book making.
—Ed Ruscha

Gagosian Gallery is pleased to present an exhibition of Ed Ruscha’s legendary artist books together with books and works of art by more than 100 contemporary artists that respond directly and diversely to Ruscha’s original project. Organized by Bob Monk, “Ed Ruscha Books & Co.” has been drawn from private collections, including Ruscha’s own. Most of the books are installed so that viewers can interact with them and browse their pages.

Inspired by the unassuming books that he found on street stalls during a trip to Europe, in 1962 Ruscha published his first artist book, Twentysix Gasoline Stations under his own imprint, National Excelsior Press. A slim, cheaply produced volume, then priced at $3.50, Twentysix Gasoline Stations did exactly what its title suggests, reproducing twenty-six photographs of gasoline stations next to captions indicating their brand and location. All of the stations were on Route 66, the road mythologized by the eponymous TV series and in John Steinbeck’s The Grapes of Wrath. Ruscha’s book traveled more or less west to east, from the first service station in Los Angeles, where he moved as a young man, back to Oklahoma City, where he grew up.

Initially, the book received a poor reception, rejected by the Library of Congress for its “unorthodox form and supposed lack of information.” However, during the sixties it acquired cult status, and by the eighties it was hailed as one of the first truly modern artist's books. Ruscha followed up Twentysix Gasoline Stations (1962) with a succession of kindred publications, including Some Los Angeles Apartments (1965), Nine Swimming Pools and a Broken Glass (1968), and Real Estate Opportunities (1970), all of which combined the literalness of early California pop art with a deadpan photographic aesthetic informed by minimalist sequence and seriality.

As the prolific and playful examples in the exhibition attest, Ruscha’s artist books have proved to be deeply influential, beginning with Bruce Nauman’s Burning Small Fires (1968), for which Nauman burned Ruscha's Various Small Fires and Milk (1964) and photographed the process. More than forty years later, photographer Charles Johnstone relocated Ruscha's Twentysix Gasoline Stations in Cuba, producing the portfolio Twentysix Havana Gasoline Stations (2008). The most recent homage is One Swimming Pool (2013) by Dutch artist Elisabeth Tonnard, who re-photographed one of the photographs from Ruscha's Nine Swimming Pools and a Broken Glass (1968) and enlarged it to the size of a small swimming pool, consisting of 3164 pages the same size as the pages in Ruscha's original book. The pages of this ‘pool on a shelf’ can be detached to create the life-size installation. Between these early and recent examples are a wealth of responses to Ruscha's ideas by artists from all over the world, gathered here in this celebratory exhibition:

“Ed Ruscha Books & Co.” will coincide with the publication of MIT Press's Various Small Books: Referencing Small Books by Ed Ruscha (2013), which documents ninety-one of the books inspired by Ruscha’s own, reproducing covers and sample layouts from each, along with a detailed description. Various Small Books... also includes selections from Ruscha’s books and an appendix listing most of the known Ruscha book tributes.

On March 6, Ed Ruscha will appear in conversation with Paul Holdengräber at the New York Public Library.