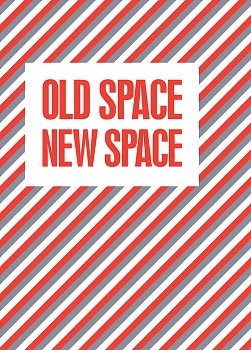 Opening reception for the artists: Tuesday, January 23rd, from 6 to 8 pm

The four featured artists revisit movements that have long since developed into established conventions. Strategies, motifs and techniques such as geometric repetition, abutting monochromatic fields and hurried palette-knife application of paint suggest associations that historically were the province of a specific artistic avant-garde, and which now serve primarily as available formal tools.

While Henning, Moran, Reyle and Tompkins differ greatly in their individual approaches to material, scale and tenor, the works in this exhibition speak to the similarities between them, and illuminate their shared points of inspiration, be they cynical or sincere, effusive or austere, intimate or grand.

Anton Henning was born in 1964 and lives and works in Berlin and Manker, Germany. In his installations and built environments he incorporates paintings that range drastically in size and subject matter, and hangs them salon-style accompanied by furniture and sculpture, thereby defining an entire space as his work.

Katy Moran was born in 1975 and lives and works in Manchester, England. Drawing upon content mediated by filters such as the internet or her own memory, Moran works on a small scale, creating descriptive works featuring gestural strokes and a moody, romantic palette.

Anselm Reyle was born in 1970 and lives and works in Berlin, Germany. He has said about his work, which involves a variety of media, including bronze, neon, wood, and paint: "I am interested in something which has enough quality to be a cliché, something which many people have agreed upon. Then I try to grasp its core - to take it and give it a new soul."

Hayley Tompkins was born in 1971 and lives and works in Scotland. Her subtle interventions on paper and board, set on vast white walls, trigger private encounters verging on the phenomenological.