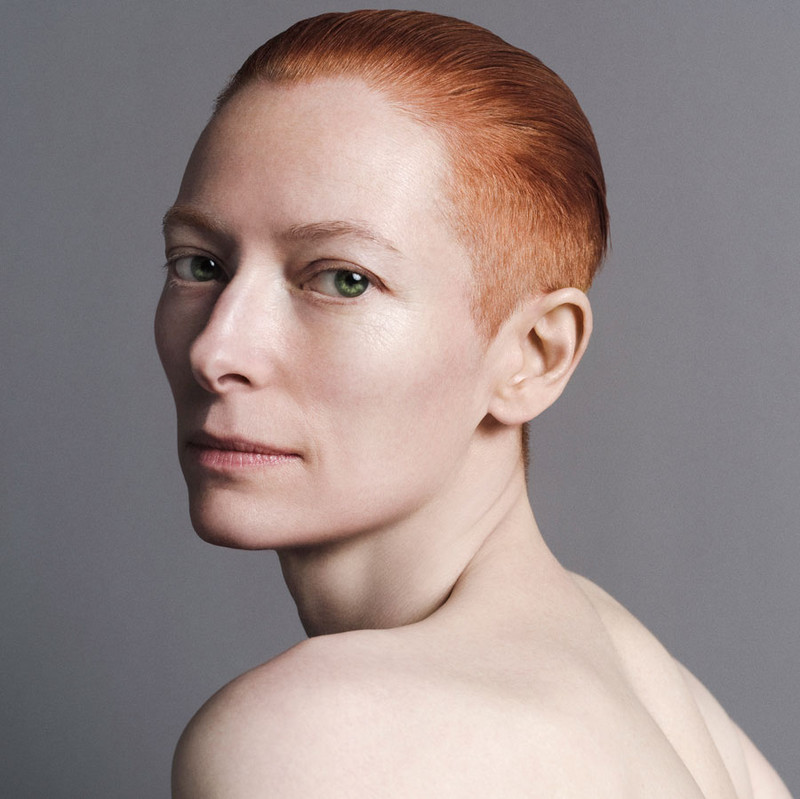 Basically every picture we take is a self-portrait—a picture of how we feel at that moment in our lives.
—Inez & Vinoodh

Gagosian Gallery is pleased to present a major exhibition of photographs by Inez & Vinoodh, following their first exhibition with the gallery in Paris earlier this year.

Partners in life and work for twenty-five years, Inez & Vinoodh were among the first photographers to harness the full potential of digital manipulation in portraying the human condition. Combining the beautiful with the bizarre, the elegant with the extreme, the classical with camp, they depict human identity as exquisite corpse, the spirit of transformation that has fueled the march of art history and which has become, more than ever, a sustaining aesthetic principle of our own time. Beginning in the early 1990s, they have embraced and updated classical genres (nude, portrait, still life), inspired by hyperrealism and Pop art. Photographs created independent of commercial commissions and magazine editorials are genre-melding and boundary-riding in form and representation. Using the digital medium as the very tool of the uncanny, Inez & Vinoodh suggest the complex internal dynamics that lie beneath appearances, mapping postmodern beauty in all its guises from the classical to the utterly extreme.

Embracing a passion for flowers and the iconographically charged still-life paintings of their Dutch heritage, Inez & Vinoodh have produced a series of lush yet edgy flower photographs, compositions of strange beauty more akin to the heightened mannerist genre of Karl Blossfeldt, Robert Mapplethorpe, and Nobuyoshi Araki than to classical nature studies. Envisaging these botanical ensembles with an approach that is both idiosyncratic and exquisitely precise, they imbue mere flowers with the force of human subjects.

Portraits taken over the last fifteen years juxtapose the famous with the lesser or little known—from legendary actors and actresses Sophia Loren, Clint Eastwood, Vanessa Redgrave, and Tilda Swinton, to the anonymous innocence of a picture-perfect baby. All reflect the complicity established with the photographers, and the decisiveness with which Inez & Vinoodh capture, distill, and sometimes even sublimate the individual characters. Lady Gaga is a cyborg in mirrored shades with amphibian scars; then a slouching punk in a grubby t-shirt. A strangely inert Natalie Portman sports a black goatee literally powdered with make-up onto the photographic surface of her lunar complexion; a male hand tugs at her brow to wrest expression from her blank beauty as an allusion to the invention and control required for both acting and photography. Some images—from Stephanie Seymour's siren gaze to Mickey Rourke's rugged heft—are utterly modern and candid, while nude studies of topical fashion models form a taxonomy of postmodern female archetypes.

Inez & Vinoodh’s photographic imaginings, whether one or many steps removed from reality, frequently involve casting the subject in an unfamiliar pose or guise, with further manipulations in post-production. A bare-chested Ed Ruscha poses in awkward pin-up but with a knowing smile and Bill Murray sprouts daisies from his beard, revealing the whimsy beyond the deadpan of his on-screen characters, while the ideally formed Carmen Kass transforms into a three-headed beast from an unwritten fable. With their preference for disturbance and displacement, Inez & Vinoodh work to unsettle the real and make the familiar ever strange.

Inez & Vinoodh were born in 1963 and 1961, respectively, in Amsterdam, The Netherlands. They met while studying art and photography. Since beginning to work together in the late 1980s, they have created images for many leading international brands in luxury and fashion, as well as regular editorial features for magazines such as i-D, Interview, Purple, Pop, Vanity Fair, Vogue USA, Vogue China, Paris Vogue, Vogue Hommes International, Vogue Italia, Another Magazine, Gentlewoman, Visionaire, V, V Man, and W. Their retrospective project Pretty Much Everything is the most comprehensive record of their work to date. The catalogue published by Taschen is a magnificent limited-edition book in three volumes, designed by M/M Paris with essays by Glenn O'Brien, Michael Bracewell, Bruce Sterling, and others. The extensive travelling exhibition of the same name—which mirrors the book and juxtaposes images of all genres and formats—is updated with new material at each new showing. "Pretty Much Everything" opened at FOAM, Amsterdam in 2010, traveling to Sao Paulo in 2011, and Dallas Contemporary, Texas in 2012. The trade edition of Pretty Much Everything is currently in preparation.