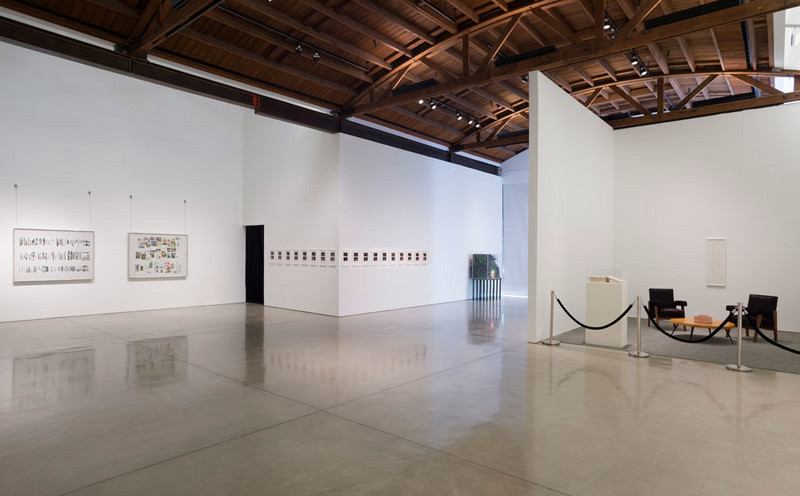 “Theories on Forgetting” maps evolutions of cultural symbolism through the work of 18 contemporary artists. Questioning how popular images originate, gain importance, obsolesce, and renew, the exhibition surveys a broad range of artworks with source amnesia: strange relics and personal figments reveal the emergence of new languages fertilized by previous ones. These diverse cultural apparitions engage individual and collective memory as subject, action, and material.

The rise and fall of icons occurs cyclically, and sometimes recursively. In Christian Jankowski's film installation Casting Jesus (2011), the Vatican plays host to a reality show in search of a church-ordained face of Christ, paneled by experts in divinity. In the series Self-Portrait of You + Me, after the Factory (2007), Douglas Gordon appropriates Warhol's images of “superstars” and burns them away to reveal polished mirrors that reflect the viewer's consumptive stare.

Recalling life before the advent of the internet's vast image bank, Taryn Simon has photographed groups of related postcards, magazine clippings, and other printed images from the famous Picture Collection of the New York Public Library. Each of Simon's photographs contains overlapping printed matter that she has selected from archival categories such as Mirrors, Abandoned Buildings and Towns, Express Highways, and Waiting, like Borges's Chinese encyclopedia. Oliver Laric uses 3D technology to analyze museum artifacts and map trajectories of style, from Greek to Roman to everyday knock-offs. Sourcing objects from the Metropolitan Museum of Art, Jonas Wood invents his own archive of antiquity.

With the proliferation of instant news sources, history has given way to a multiverse of potential truths; while new forms of shorthand and social media communications constantly force adaptation to diachronic shifts in language. Mungo Thomson's appropriation of the format and legacy of Time alludes to the magazine's intended function as a populist social mirror. In recent prints, Ed Ruscha depicts typical metal road signage, patinated and punctured by corrosion and bullets; while in large-scale paintings, Mark Flood invokes “bit rot,” the blight of digital archives, as it overtakes diametrically opposed voices in television.

Other works catalogue the nuances of performance, or assemble natural and man-made fragments into visions of an uncertain future. Throughout the Los Angeles Art Book Fair in 2014, Piero Golia engaged in a 16-hour conversation, recorded by a stenographer. The transcripts are collected in the unique artist book On Record (Three days conversation on general matters), which will be shown for the first time and read aloud in conjunction with the exhibition. The late Ana Mendieta's photographs of the residues of her body performances in nature have come to symbolize both her tragic death and her memory. Using the past as a raw and unsentimental material for production, Max Hooper Schneider creates artificial biomes that are vitrines of cultural rubble. These alien taxonomies and incongruous artifacts provide a tropically lush yet futuristic take on modernity.