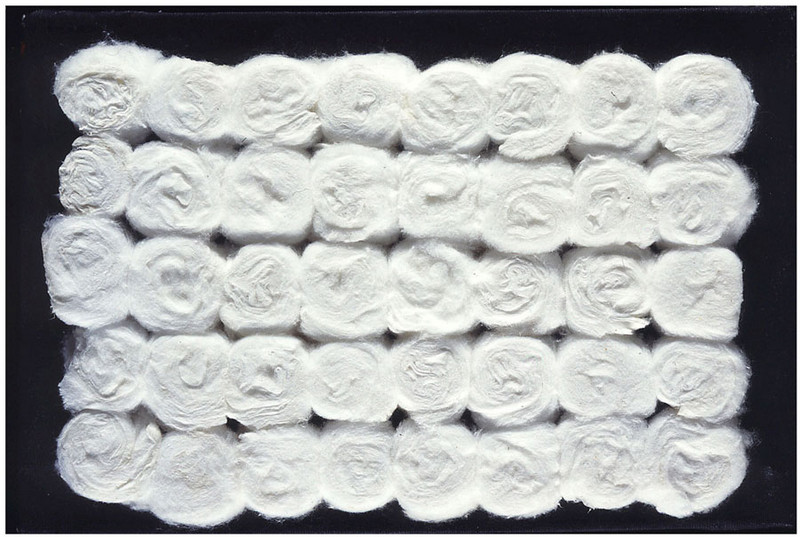 Following the acclaimed exhibition "Manzoni: A Retrospective" in New York in 2009, Gagosian Gallery is pleased to present "Manzoni: Azimut" at the Davies Street gallery in London. Organized in cooperation with the Fondazione Piero Manzoni, the exhibition celebrates the work of Manzoni and fellow artists during the brief life of the Azimut gallery in Milan from 1959 to 1960.

On December 4, 1959, Azimut opened in the sub-basement of a furniture store on a narrow street around the corner from La Scala in Milan with an exhibition of Manzoni ́s most radical work to date: Linee (Lines), drawings of a single line on a length of paper, signed, rolled up and sealed in a cardboard tube, which he then labeled. A youthful, experimental exhibition space that lasted just eight months, Azimut presented thirteen exhibitions and became a nerve center for an international set of provocative young artists. The founding of the gallery by Manzoni and Enrico Castellani, with the help of their mentor Lucio Fontana, followed their collaboration on Azimuth, a journal dedicated to the "development of the newest and youngest avantgarde painting." Featuring works by artists such as Robert Rauschenberg, Heinz Mack, Jean Tinguely, and Yves Klein, Azimuth ́s two issues stand as essential documents of a radical “new conception” of art at the end of the 1950s.

The exhibition "Manzoni: Azimut" brings together pivotal examples of Manzoni ́s cycles Achromes, Linee, Uova Scultura (Egg Sculptures) and Corpi d ́Aria (Bodies of Air) with early experimental canvases by his friends and collaborators in the Azimut project Enrico Castellani, Agostino Bonalumi, Dadamaino, and their guide Lucio Fontana. It is accompanied by a comprehensive publication by art historian Francesca Pola that tells the story of the Azimut/Azimuth project and includes facsimiles of the journal, with new English translations.

Piero Manzoni was born in Soncino, Italy, in 1933 and died in Milan in 1963. His brief career was one of the most radically inventive of the twentieth century, producing a body of work that continues to challenge the definitions of artistic sovereignty and virtuosity. His work is represented in public collections including the Museum of Modern Art, New York; Stedelijk Museum, Amsterdam; Tate Modern, London; Centre Pompidou, Paris and Galleria Nazionale d’Arte Moderna, Roma; and Galleria Civica d’Arte Moderna e Contemporanea, Turin. It has been the subject of numerous international exhibitions, including retrospectives at the Musée d’art moderne de la ville de Paris (1991), Herning Kunstmuseum (1991), Castello di Rivoli, Turin (1992), Serpentine Gallery, Palazzo Reale (1997), London (1998), and MADRE, Naples (2007). The 2009 Gagosian Gallery exhibition, curated by Germano Celant, was the first comprehensive U.S. retrospective of Manzoni’s work.
www.gagosian.com