The Show Is Over 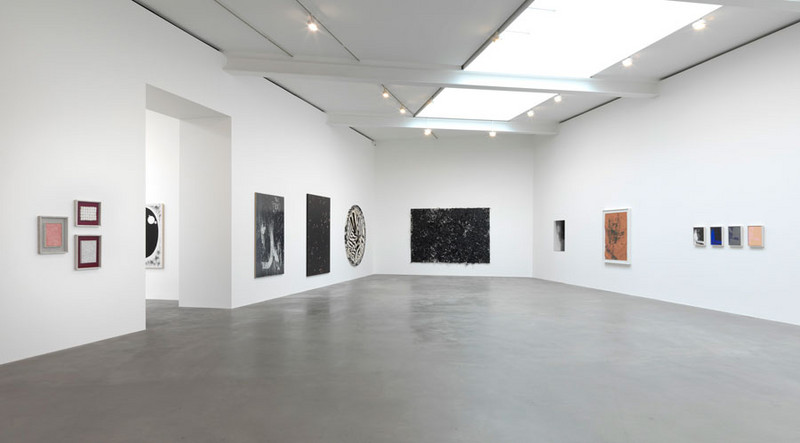 There it is. I have shown it to you. It has been done. It is being done. And because it can be done, it will be done.
—Kirk Varnedoe, Pictures of Nothing

“The show is over.” Or is it? This exhibition is about abstraction and the end of painting, often proposed but never concluded. Christopher Wool’s statement in paintings, drawings and billboards, taken from Vasily Rozanov’s nineteenth century definition of nihilism, contains sufficient irony to suggest that painting itself, the spectacle that surrounds it, and the ultimate questions it poses about life and death, are never quite over.

A shared spirit of negation is evident in the anarchic actions that fueled the urban Punk movement, epitomized by Steven Parrino’s physical attacks on the canvas and Kim Gordon’s evanescent wreaths. In Parrino’s Untitled (1992), the anarchist symbol is sprayed in black engine enamel on white vellum. Ed Ruscha’s hermetic painted wordplay reaches cinematic finality with The End paintings, begun in the early 1980s. The silhouettes of Hourglass #4 (1987) and End (1993) are set against grey-spectrum horizons that evoke transitions of time and space.

“The Show is Over” continues the thread of Gagosian exhibitions such as “Imageless Icons: Abstract Thoughts” (2005); “Crash” (2010); and “Malevich and the American Legacy” (2011), which trace art-historical themes from the advent of Modernism to the present.

The exhibition is accompanied by a fully illustrated catalogue with an essay by Malcolm Bull.
www.gagosian.com