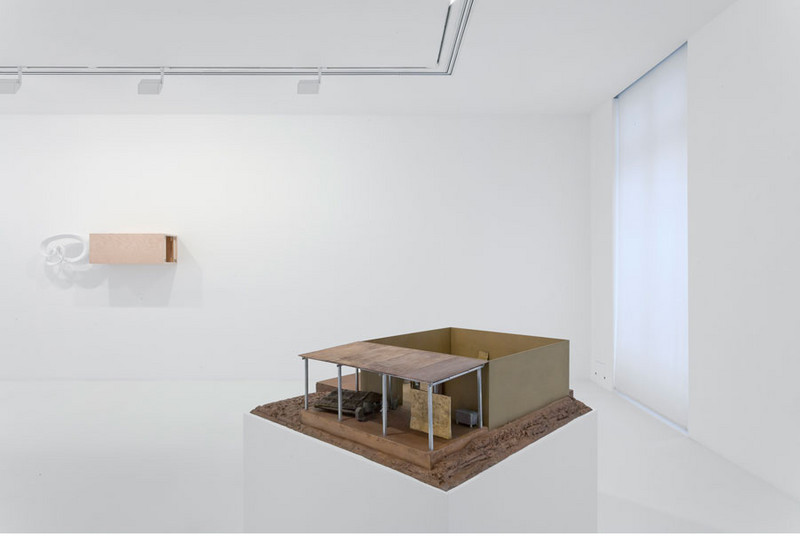 I don't believe in art as representation. My work belongs to reality and it is affected by reality.
—Piero Golia

Gagosian Paris is pleased to present an exhibition of new work by Piero Golia.

Master of the coup de grâce and the impossible action, Golia is the grain of sand in the oyster shell of contemporary art, invoking the destabilizing irreverence of the modern avant-garde in relation to situations in contemporary art and society. In January 2006, he vanished from New York City, leaving no trace of his plans or whereabouts. He resurfaced three weeks later at the Royal Academy of Arts in Copenhagen to give a lecture on his disappearance. In 2008, he confronted the standardized exhibition spaces of art fairs by compacting a full-size passenger bus down to the six-meter width of the assigned booth. Luminous Sphere (2010), a mysterious glowing orb installed on the roof of the Standard Hotel, lights up only when Golia is in Los Angeles, both acknowledging his own presence and as an appropriation of what he calls “the sign language of L.A.”, such as the billboards of Sunset Boulevard and the Hollywood Sign.

In a new series of sculptures cast in bronze, Golia portrays his studio, his colleagues, and his previous works as a self-reflexive narrative, a modern-day Boîte-en-valise. In Studio (4/13/2013) (2013), studio assistants, works in progress, tools, and machines are rendered in miniature in aluminum, copper and stainless steel. Gold and Concrete Cube at the Venice Biennale (2013) is another model of an earlier work, Untitled (My Gold is Yours) (2013), in which one kilogram of gold was mixed into an immense concrete block and shown at the Venice Biennale. In reverse chronology, Golia remakes finished artworks and their environments in a diminutive scale normally associated with project planning, which also grants the viewer the perspective of oversight on his larger creative process. In Upside down equestrian figure as public sculpture (2011–13), he upends an unrealized sculpture of Giuseppe Garibaldi on horseback as an embodiment of pure entropy.

In counterpoint to these models are sculptures made by attaching household abstract objects to plywood pedestals, thus conflating “low” art with the visual syntax of classical minimalist display. Coating the curvaceous object in white paint and rotating it on its pedestal 90 degrees, he causes the monochrome element to recede visually into the white walls of the gallery, conversely asserting the presence and texture of the plywood pedestal. Using whatever it takes—both material and immaterial—Golia works systematically and compulsively to disrupt and debunk prevailing art-historical and social norms.

Piero Golia was born in Naples, Italy in 1974. His work has been shown in major exhibitions in the United States and Europe, including “Uncertain States of America—American Art in the 3rd Millennium,” Serpentine Gallery, London (2006); “The Gold Standard,” P.S. 1 Contemporary Art Center, New York (2007); "Vesuvius," Moderna Museet, Stockholm (2007); "The Nothing and the Being," Museo Jumex, Mexico City (2009); "Double Tumble or the Awesome Twins," Stedelijk Museum, Amsterdam (2010); California Biennial, Orange County Museum of Art (2010); "Artist's Museum," Museum of Contemporary Art, Los Angeles (2010–11); and "Premio Italia," Museo MaXXi, Rome (2011). Golia's work was selected for the 55th Venice Biennale (2013). He founded the Los Angeles-based Mountain School of Arts with Eric Wesley in 2005.
www.gagosian.com