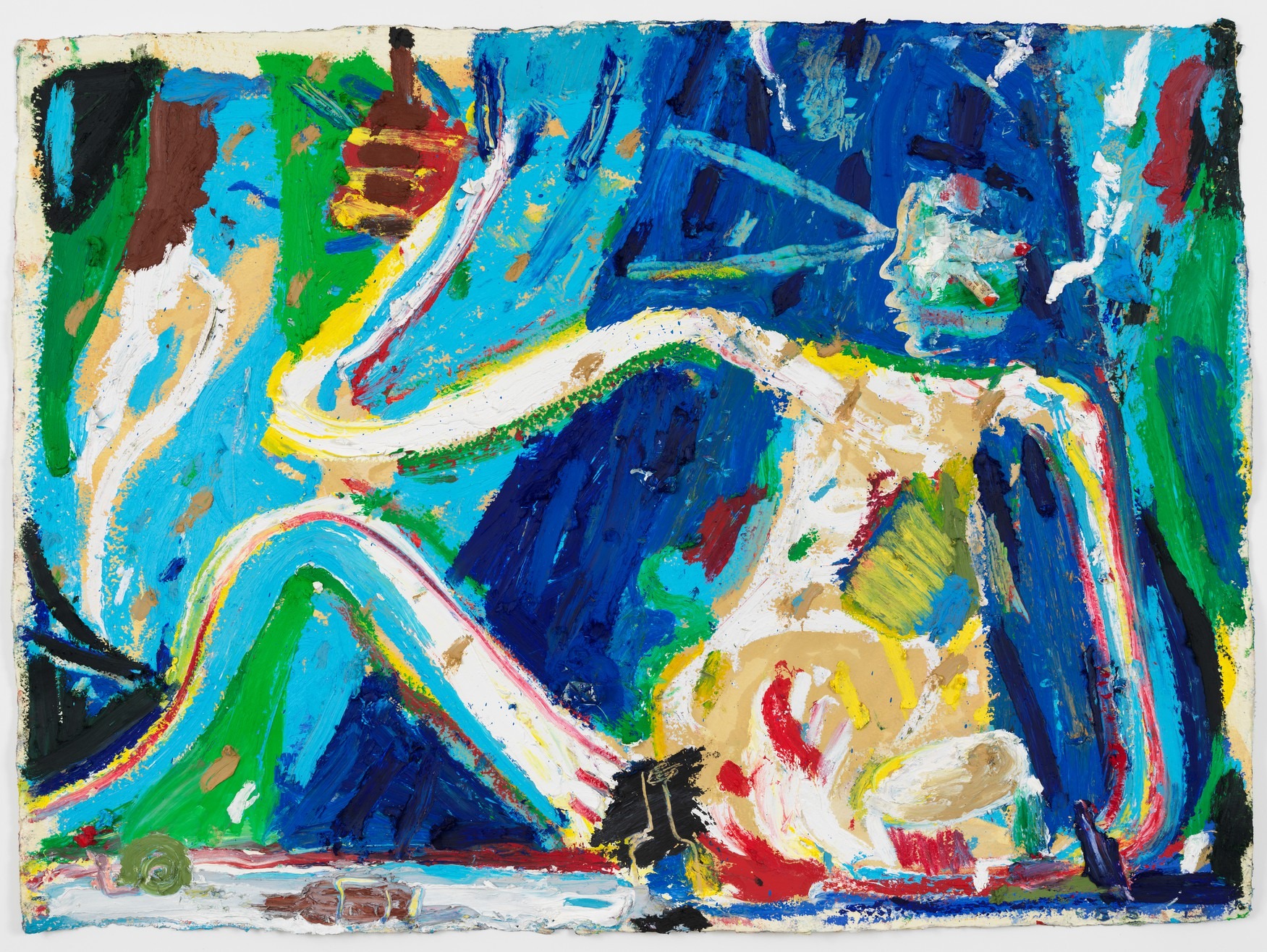 Gagosian is pleased to present new paintings and works on paper by Spencer Sweeney, in his first exhibition with the gallery in Paris.

Working in an energetic style that is at once playful and primal, Sweeney balances chaotic strokes of pigment with calculated repetitions of silhouettes and motifs. At the center of this exhibition is a trio of Sweeney’s acrylic, charcoal, and oil bar paintings that fill the gallery walls from floor to ceiling, constituting the most recent installments in his ongoing series of figures in repose. With one arm resting atop a bent knee and the other propped up against the ground, these humanoid forms reference the ubiquitous reclining nude from Western art history.

The image of the reclining body recurs throughout the exhibition, appearing in numerous color combinations and physical orientations across Sweeney’s mixed-media drawings—endless variations on a corporeal theme. Featuring a dazzling array of hues, these raucous works incorporate elements of the fantastic: legs morph into snakelike S shapes; bodies become linear arrangements of triangles and zigzags.

Also on view is a group of pencil-on-paper drawings that expand upon Sweeney’s 2018 exhibition of self-portraits at Gagosian New York. Arrestingly simple in line and color, these pared-down compositions vaguely bear Sweeney’s likeness, but they ultimately divulge his greater intent to create conceptual, ambiguously gendered portraits infused with a surreal sense of humor.

Sweeney further extends the rich dialogue between his own works with another large-scale painting of a reclining figure—this time with its body parts pulled apart and scattered over a sea of bright red acrylic pigment, exploring the breaking point between representation and abstraction. In a process akin to the impulsive musical rhythms and energies of improvisational jazz, Sweeney condenses the human body down to its most basic components before enlivening this distilled image with unpredictable interjections of shape, color, and pattern.