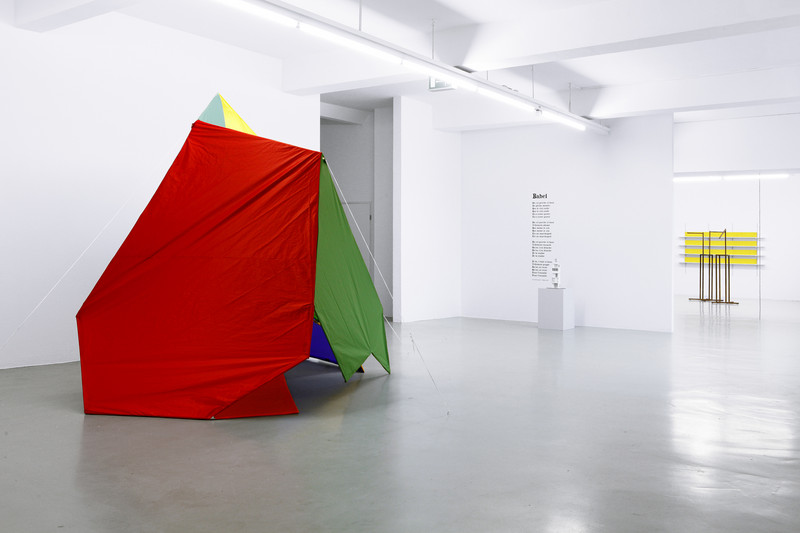 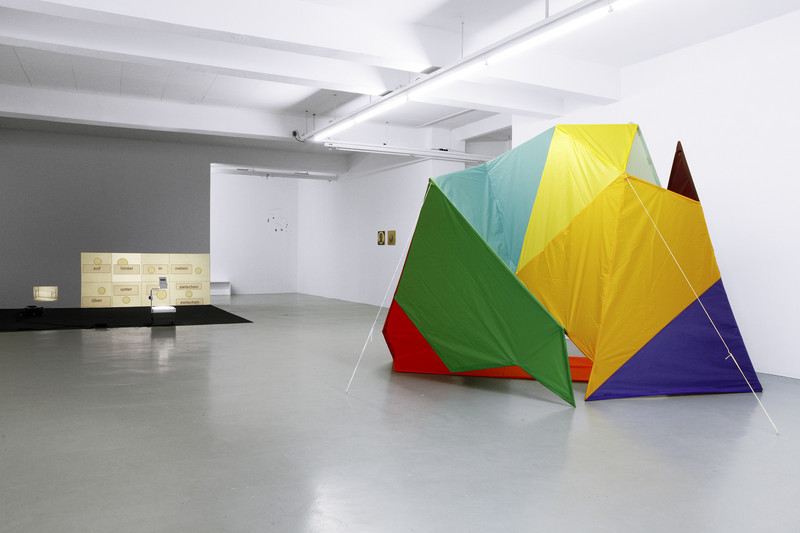 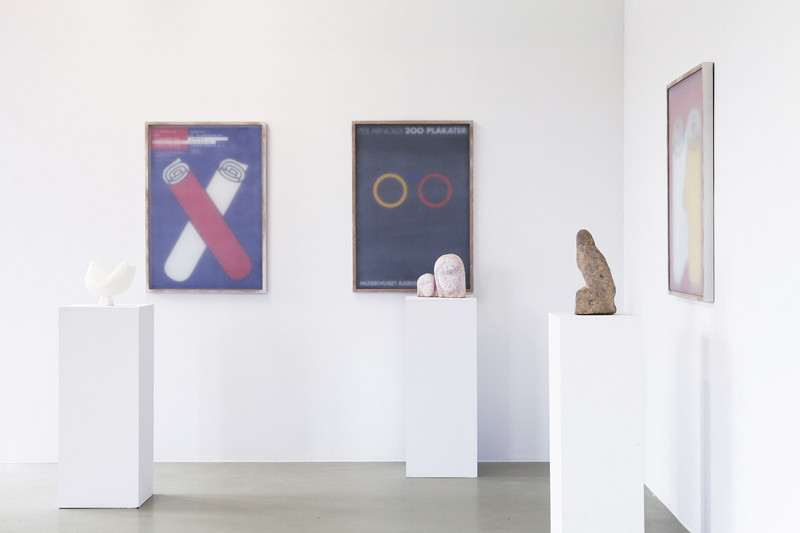 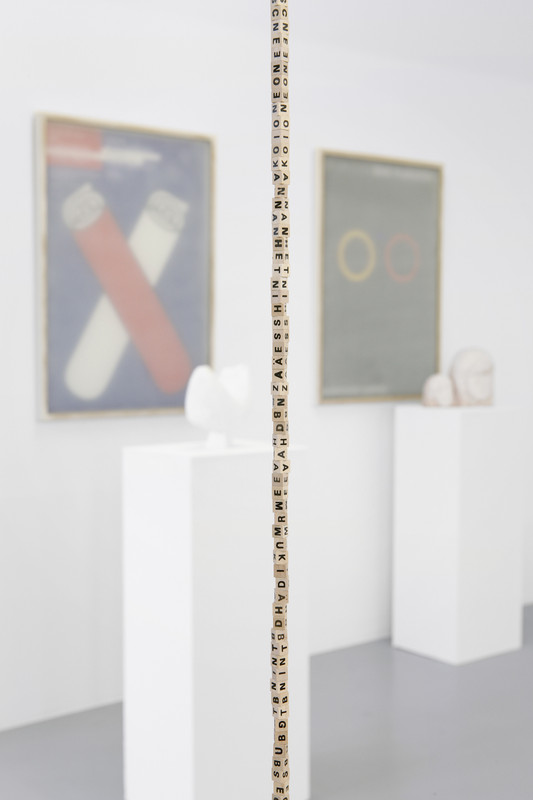 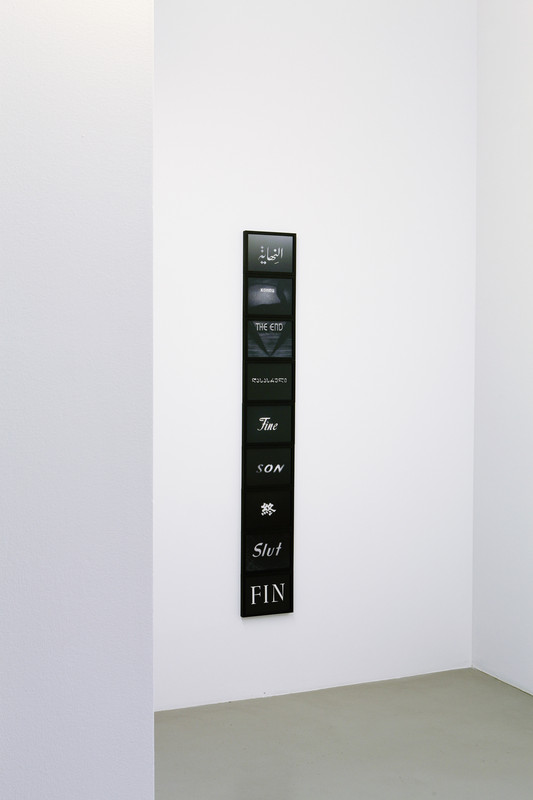 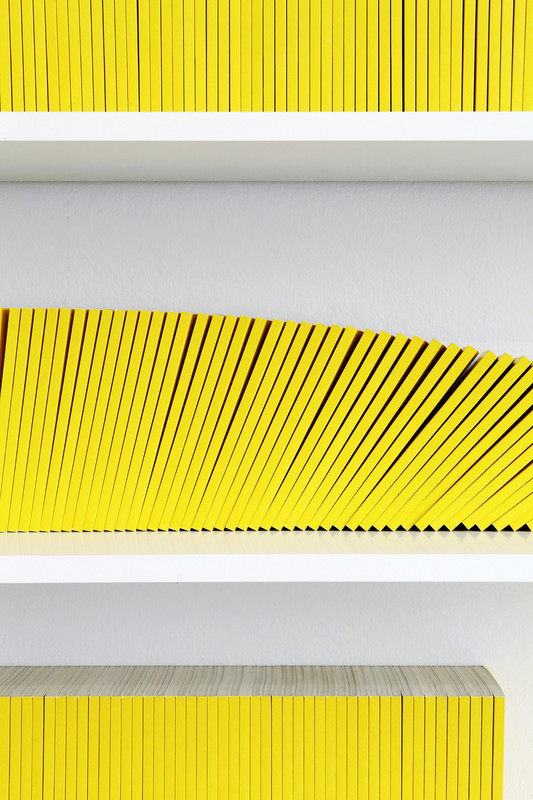 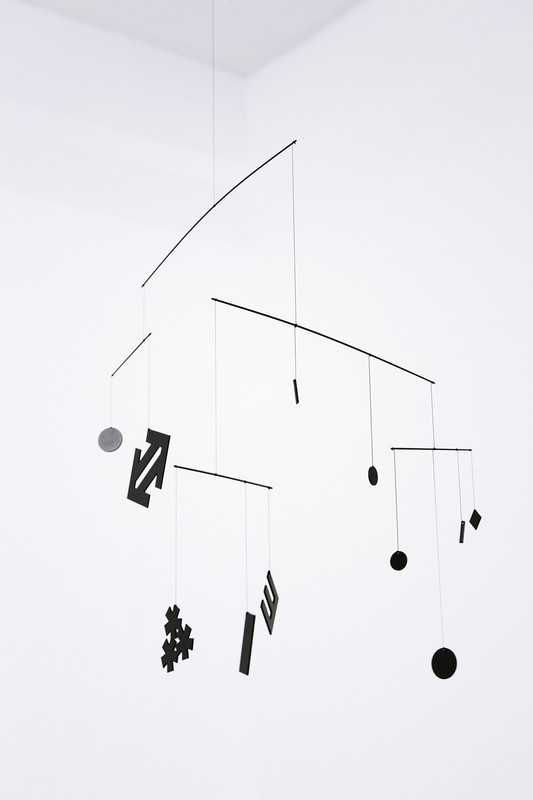 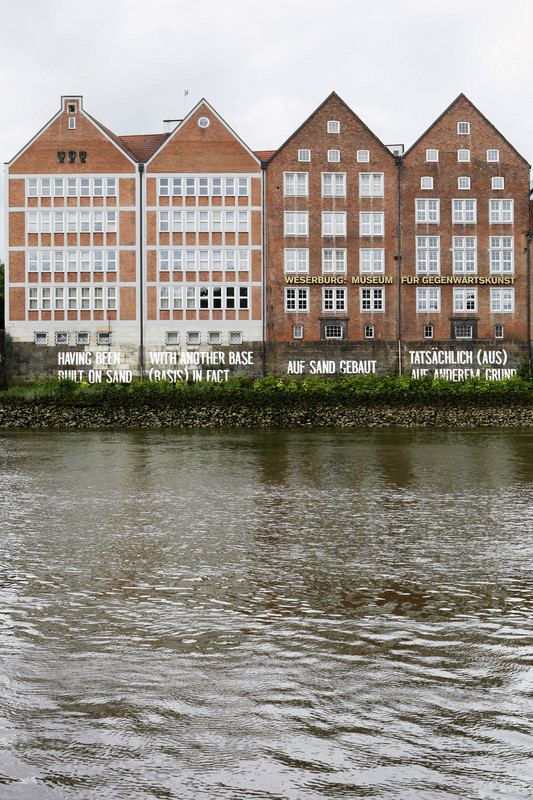 The intersections of language and image determine our notion of the world. A fundamental means of capturing the visual is to articulate it through words in speech and writing, in description and analysis. Language, in turn, can have effects on the realm of the visual, by allowing latent images to emerge which are put into form by artists. Accordingly, visual appearance and designation/description influence each other reciprocally, have a fundamental effect on each other. As outlined by Jacques Rancière in The Future of the Image, „the image is not exclusively an element of the visible. (...) the commonest regime of the image is one that presents a relationship between the sayable and the visible, a relationship which plays on both the analogy and the dissemblance between them“. (Jacques Rancière, The Future of the Image, pp. 6-7)

Incorporating this, Beyond Words presents contemporary artistic positions that are devoted in different ways to the interaction between language and visual appearance: positions that delve into the visual qualities of words or the descriptive level that opens up behind appearance. Positions that show what lies „beyond words“. Positions, too, that highlight the discrepancy which might emerge between the two areas, the visible and that which is said/written – after all, „visual representations“ are characterised „by a merely incomplete or limited capacity of verbal description; (Martina Heßler, Dieter Mersch, “Bildlogik oder Was heißt visuelles Denken?” in: ibid. (ed.), Logik des Bildlichen. Zur Kritik der ikonischen Vernunft, Bielefeld 2009, p. 8. excerpt translated from the German). One succinct example of the artistic treatment of these connections is offered by American conceptual artist Joseph Kosuth, who, in his One and three chairs from 1965, set up a chair as a real object, its photographic reproduction and its description, fixed in writing, each beside the other on an equal footing: a thing in different versions, but always itself.

Another american conceptual artist provides the historical reference in Beyond Words: Lawrence Weiner, whose large inscription has dominated the appearance of the exterior of the GAK facing the Weser since 1991: „HAVING BEEN BUILT ON SAND / WITH ANOTHER BASE (BASIS) IN FACT // AUF SAND GEBAUT / TATSÄCHLICH (AUS) AUF ANDEREM GRUND.“ A sentence/image that refers in a lyrical way to the fact that the GAK is build on a sandy ground and, at the same time, points out the mental potential of art. Inside the institution a number of works are grouped together in which words have given risen to images (Jesse Ash, Jacob Dahl Jürgensen, Ryan Gander, Albrecht Schäfer, Mark Wallinger), or in which words form images and sculptures (Kajsa Dahlberg, Alexander Gutke, Kitty Kraus, Karolin Meunier), while other visualize speechlessness (Norbert Schwontkowski), trace the way how words can form reality (Kathrin Sonntag) or stage a to-and-fro between the different levels of visual appearance and language (Saâdane Afif, Ruth Buchanan, Nina Beier / Marie Lund / Francesco Pedraglio, Cabinet Gold van d’Vlies). At times linguistic theories are an important point of departure for several artists (Gander, Dahl Jürgensen, Meunier). Some works were delevoped in close involvement with the GAK’s space and the theme of the exhibition (Ash, Cabinet Gold van d’Vlies, Schwontkowski).

The exhibition will be accompanied by a multifaceted program of readings, performances, film screenings and lectures.

Beyond Words is paralleled by the presentation of the ars-viva award winners on the topic of “language” at Weserburg I Museum für moderne Kunst. In this way, both neighbour institutions simultaneously explore the interaction of art and language, figure and word.
www.gak-bremen.de