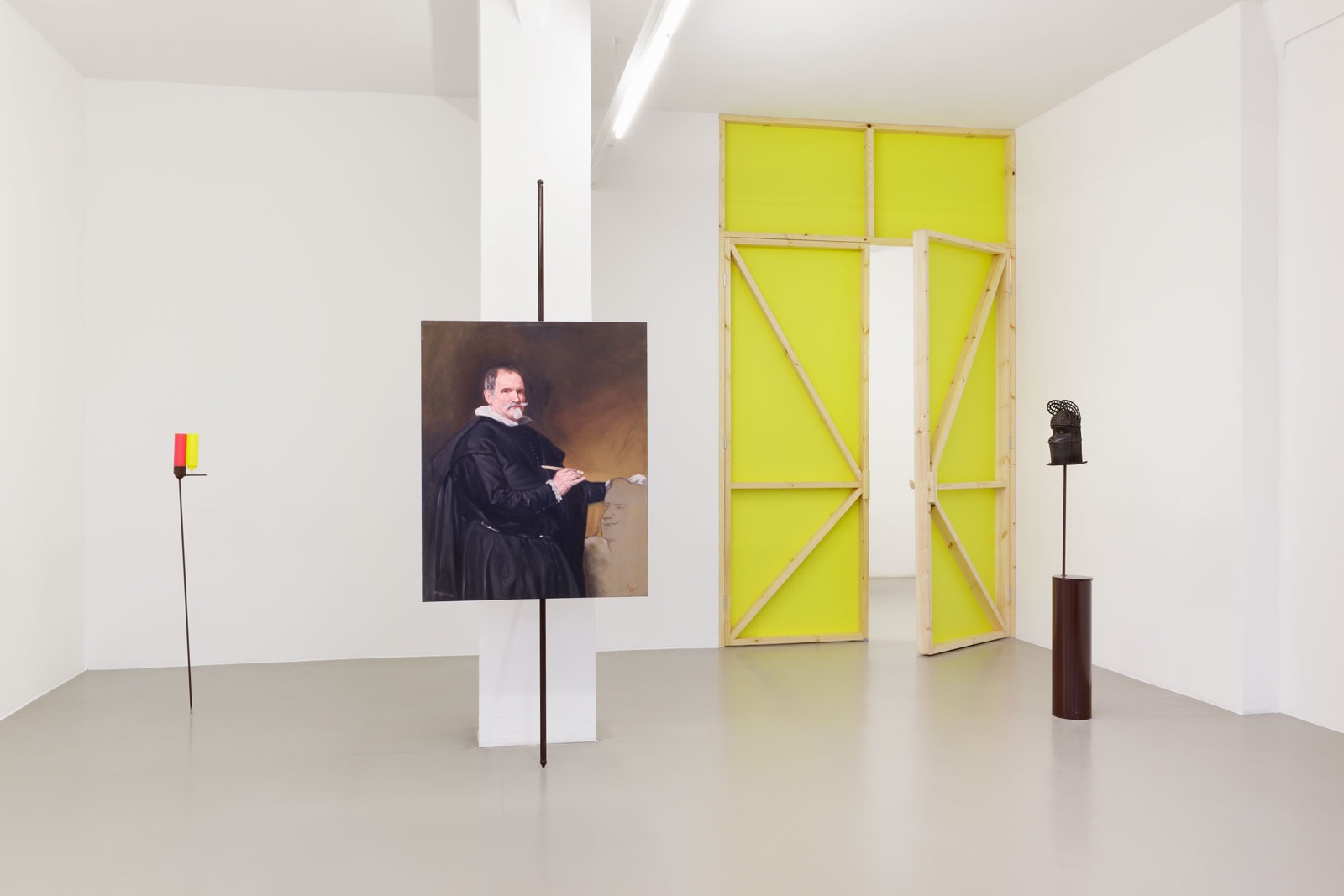 Koenraad Dedobbeleer, A Quarrel In A Faraway Country Between People Of Whom We Know Nothing, exhibition view at GAK Bremen, 2014. Photo: Tobias Hügel
What is the essence of sculpture? What differentiates sculptural works from things like design, everyday objects, or architecture? How does one create a connection between these fields or the history of art without a work losing its independent character? Is there such a thing as an original artistic idea, or is everything somehow a variation or reproduction of something seen before or from what exists? These are some of the questions that Belgian artist Koenraad Dedobbeleer (born 1975, lives in Brussels) explores.

His work uncovers the surprising in the familiar. In his objects, installations, photographs and media projects, Dedobbeleer develops new perspectives on our collective knowledge, in the process calling for a new approach to its treatment. His works usually take their cue from situations or objects that he encounters in everyday life – particularly architectural aspects or objects used to shape our personal living space. Another important part of his approach are the artistic tradition of the avant-garde to which he often refers conceptually in his distortion of the familiar. He does this through minimal shifts in shape, size or materials, surprising combinations and bizarre, commanding titles. Similarly, he delights in surveying the structures of the art world, in playing with absurdity and irritations, invoking the atmosphere of Dadaism or Belgian ‘heroes’ such as Marcel Broodthaers. With a wink, his works and installations turn the everyday upside down, give the inconspicuous an unexpected platform, and position themselves in a web of references to protagonists, works, and anecdotes of the history of art.

The exhibition will be accompanied by the Thursday Appointment’s with guided tours, lectures and film screenings.

An artists’s book will be published.

A QUARREL IN A FARAWAY COUNTRY BETWEEN PEOPLE OF WHOM WE KNOW NOTHING is developed in cooperation with Extra City, Antwerp.
www.gak-bremen.de