You Are Not An Evening 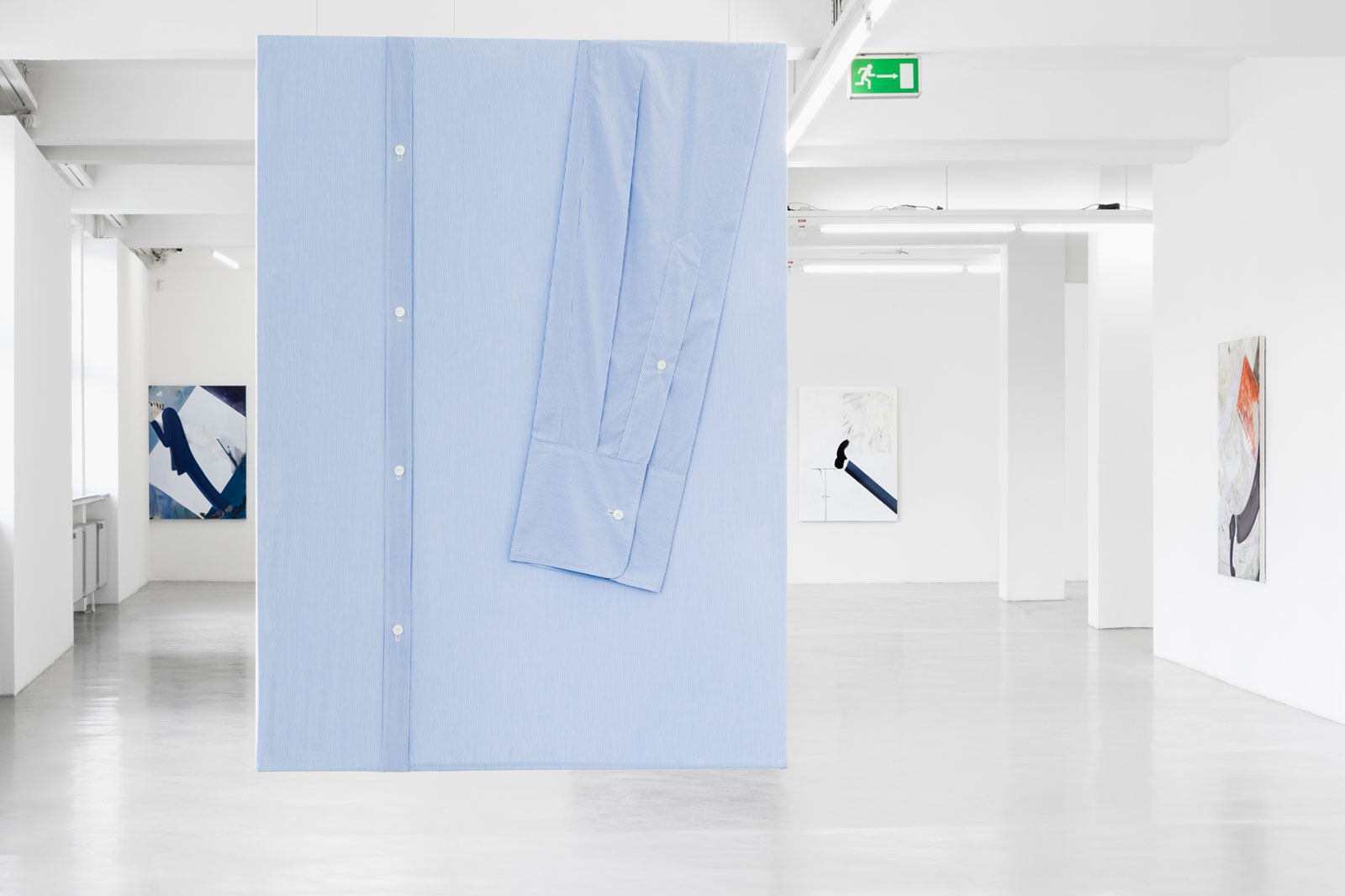 Sanya Kantarovsky, You Are Not An Evening, exhibition view at GAK Bremen, 2013. Photo: Tobias Hübel 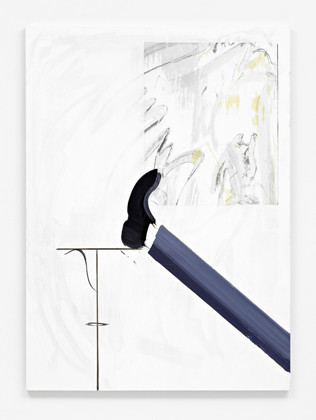 Characteristic for the paintings of Sanya Kantarovsky is a juxtaposition of abstract and concrete elements and their vivid interaction. A canvas that seems to combine purely abstract forms upon first sight, for example, can turn out to depict a drawn curtain or an arm, rendered visible by the addition of a single, inconspicuous painted hand. The abstract arrangement of two simple, intersecting lines might equally be perceived as windows and doors. Within the artist’s work, figuration and abstraction are at once present and absent as elements of mutual dependence and interrogation. The representational parts are reminiscent of disparate sources: items painted in the elegance of Fred Astaire or in the tradition of the famous illustrations of New Yorker magazine stand alongside others recalling political visual propaganda from the 1930s Soviet era or illustrations from children’s books. The subtle melancholic humor of a Franz Kafka informs the atmosphere of these images, complemented by a light touch and gentle use of color. Often enough his works confront the vagaries of the creative process or perception itself: individuals sit before an empty screen, gaze upon a blank image or abashedly grasp their heads at the sight of a white rectangular form.

Kantarovsky’s canvases are multilayered organisms that eliminate the difference between the concrete and abstract, high and low, the decorative and the politically engaged, through their precise juxtaposition. At first sight, they seem seductively accessible, but closer inspection reveals that his works subtly invalidate such terms of classification. Kantarovsky maintains this openness in his occasional role as curator and his tireless interrogation of the architectural situations within which his work is presented.

The new series of paintings for You are Not an Evening shows a state of before and after, behind and in-between. Rather than depicting the actual incident, individuals are shown departing the scene with their backs turned to the viewer or all but gone from view. Figures stare in fascination at something that lies beyond the bounds of our perception. Elsewhere, abstract forms encroach upon the image's narrative like dark clouds... Pursuing the strategies that underpin Peter Handke's play Publikumsbeschimpfung ("Offending the Audience"), the exhibition concept emphasizes the absence and subversion of classical terms of reference in art. The exhibition title, You are Not an Evening, elucidates the gesture of this presentation. Likewise, the titles of individual works, such as There are no Intervals Here and You Expected Objects, illuminate the paintings' subscription to subverting the very expectations that their deceptively straightforward appearance might evoke in the viewer.

To further complicate the viewer's encounter with the paintings, Kantarovsky develops a situation in the GAK, outlining smaller spaces within it by suspending linear sculptures akin to theatrical set elements. These thin steel railings define discreet observational points within the larger rooms. Kantarovsky further restructures the space with five suspended walls that appear to be covered in dramatically oversized tailored men's shirts and suits. These hybrids of autonomous sculpture and exhibition display, choreograph the viewer's movement within the institutional architecture, further enacting the exhibition as theater. The clothed walls serve as supports for five smaller paintings, evoking brooches, cufflinks or other garment embellishments. As Kantarovsky puts it, "The body becomes architecture."

Sanya Kantarovsky was born 1982 in Moscow and lives in New York. He studied fine arts at the Rhode Island School of Design, Providence, and the University of Los Angeles. He has exhibited at Lax><Art (Los Angeles) and several galleries internationally, and curated the group show Things, Words and Consequences at Moscow Museum of Modern Art in 2012. He is currently working on an animated film for Lax><Art and is working on a two person presentation with Frances Stark for Art Basel Features. You are Not an Evening is his first institutional exhibition in Europe.
www.gak-bremen.de