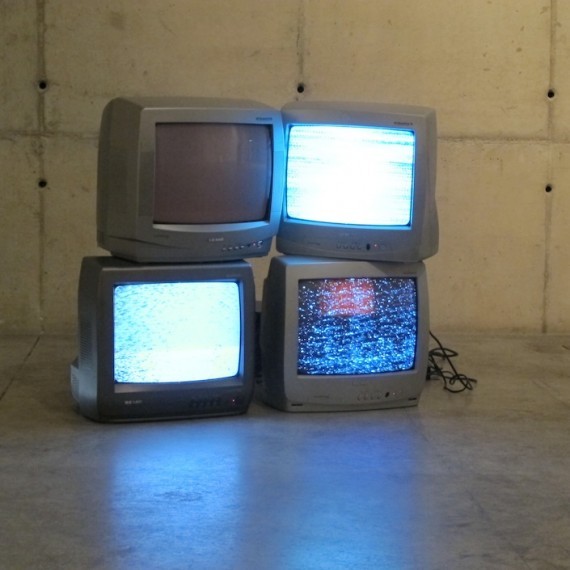 Imagine a scene, perhaps familiar: a child, sometime between the 60s and 70s, marvels at the laborious process that brings to life his/her favourite cartoon characters: the thousands of pictures drawn by hand, painted, overlapping, photographed on film and then as if by magic or through the virtuoso designers, appear in motion. Then another scene in the 2000s, a teenager, perhaps the son or grandson of the first child, is delighted with the description of the spaces and routines of the office of a “.com” company, just like Google, where leisure, food and entertainment seem indistinguishable from work. These anecdotes are two apparent paradoxes: the creative work that depends on the serial repetition of manufacturing, and the clerical work, which dilutes the routine by forging the stereotype of everyday artists.

In both cases lies a false polarity between repetition and invention, creation and work – something that, in actual fact, feeds on the division of labour and class between those who think and those who do. A polarity that the language of animation confuses and that the already outmoded frisson of digital technology companies reiterates.

The works of João Angelini gathered here, every one of them in some form tributaries to the principles of animation, move between these poles. In L.E.R. (2007), the bureaucratic routine of the stamping-protagonist wins, the juxtaposition of hundreds of long exposure photographs, with a frantic, surreal and mechanic character. Represents an image of repetitive and alienated labour, built, also, by a repetitive technique, but far from any automatism: without post-production, the video is a direct heir of traditional animation, with an almost choreographic care in the registry of each frame in which actor moves his body and head at different speeds. So, creative and labour repetitions converge into a single narrative.

On the other hand, in another room of the exhibition, Lines (2011, in collaboration with Luciana Paiva) employs similar technical principles in the making of a simple allegory of the “anima” which the cartoon lends to the traces. The illusion that the succession of frames creates – that the static sketches are alive and moving – becomes almost palpable when are drawn in the hands of a man and a woman that meet, converge and depart in a miniature dance that could never end. Thus, repetition and invention are levelled up in a single plane, as if they never needed to have been designed separately.

Between these two videos, the body of work plays with the open possibilities, sometimes referring to the hardness of labour, sometimes referring to the charm of the gesture in motion. Synesthetic, the new Funk de 4 (2014) installation, makes from the rhythmic change of channels from four out-of-tune old TVs, the principle of a “batidão” which we slowly recognize, almost unbelieving that the images and appliances, that refer to obsolescence and noise, can tune into a recognizable melody. There is no real animation, but the game between continuity and cut that this, even more than at the movies, taught us to understand.

Nearby, on top of two bases, the work Moeda Fria: R$ 1,00 (Cold Currency: R$ 1.00) and Nota Fria: R$ 100,00 (Cold Note: R $ 100,00) (2014) employ yet another synaesthesia to make money burn infinite and aseptically. The big and small money appear equally harmed by the flames as if they were still burning. Now, is our ability to interpret information in different planes as one (something as practiced while watching cartoons’ traditional technique) that consumes the illusion of the never-ending fire to consume its substrate. This is the same ability to deceive that lend to the next work, Corda Gota (Rope Drop) (2013), led to believe that there is water where there is not, that something is actually happening before us.

Frontward, the kinesthetic illusion seized in the previous works, returns analysed, divided into two parts. First, when we look at the bars of alternating colours of the TV, we can float a bit before its apparently hysterical speed, then, after putting the headphones and realizing the rhythms and overlays accompanying the sequence of colours on the screen, we realize hysteria as order and sound progression.

So far, João Angelini’s work calls for our perception to find and dig images, movements and rhythms within habits and materials, which are disordered in principle, dull and/or without hierarchy. Assign or find “anima” in gestures and repetitive systems, employing the very repetition, sequential and contamination between image and sound, frontal plane and background as interchangeable principles. In de castigo (punished) (2012), however, the strategy is reversed and the repetitive animation turns against his overseer, framing Angelini in the part of the aforementioned appointed bureaucrat from the work L.E.R. The artist, whose trajectory of participation in the performative collective EmpreZa occupies an important place, turns himself into the office-worker eternally trapped in his own routines, a small contemporary Sisyphus beating himself on the walls. The magic of animation submit itself again to the inevitability of work.

At the end, back to the smaller exhibition room, is Molécula (Molecule) (2011), which takes us back to the delicate ability to enchant with what – rationally – we know just be photographed and mounted lines one after another. For such is the work of João Angelini, a game that takes you back to childhood-wonder while making fun of those who believe there is some sort of paradise of creative work, place of idyll oblivion to the hardness of the processes. Nowadays, almost always when one speaks on behalf of the immaterial and the ineffable, it is ultimately justifying the extrapolations of the financial market with its upcoming titles, their trading of carbon credits, their valuation of unlimited numbers of art auctions... in contrast, it may be relevant that art, when flirts with the almost magical properties of the animation language, it takes us back to the land of labour that makes possible their illusions and metaphors, to the repeated impasse between what is done and what you see.

Member of the Group EmpreZa, from Goiânia, since 2008 and co-founder of the collective TresPe, from Brasilia, both with the focus on performance. He is currently professor of printmaking, animation, and three-dimensionality of the Faculty of Arts Dulcina de Moraes, where he has taught since 2008.

Has in motion picture the main starting point for his research, which has ramifications in videos, animations, photographs, prints, performances and toys. Due to the diversity of his production, Angelini has his work published regularly in events of different institutional circumstances, such as cinema, theater, rock concerts and art galleries. His awards are also diverse as Anima Mundi Festival 2009 (Jury / SP) and Bolsa Funarte de Produção 2010, Art Pará 2012.
www.galerialeme.com