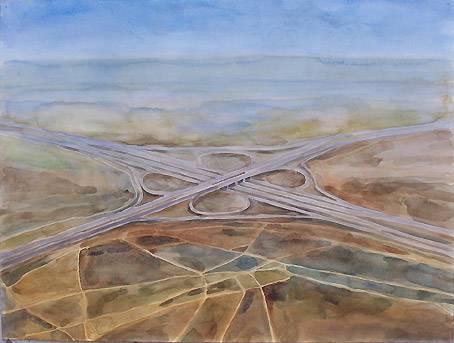 TINTA, comes as an opportunity to view nine artists from several countries and of various backgrounds, wnho share common ground in figurative and representational painting as well as in their investigations and questioning of the mechanisms of a medium and the experience of art today.
Sandra Gamarra (Peru), turns the appropriation into criticism through the experience as a high-end contemporary art today, which many times, and to some os only given through reproductions. In her works a new condition raises questions regarding authorship, originality, ownership and the standardsof the experience of art, knowledge and the culture today, which saunter through the show.
Felipe Cama (Brazil), with works from the series " This Was How I Was Taught ", question the standard of the experience of art and apprenticeship through massively produced sources today .
Rigo Schmidt (Germany), works in small format and reaches towards the traditional painting, ( natural history ) museum exhbits and scientific archives as founding elements in the formation of society and culture, in order to question knowledge gained through constructed images today.
Michael Kalki (Germany), his oils aslo toy with notions of fragmentation and de-contextualization but he draws motifs much more of the time from cinema, and presents a painterly collage of disconnected fragments that together compose a unique restrcutured space for unique internal dynamic relationships.
Neil Rumming (England), appropriates in his woks, the images, symbols and styles from the group imaginary provide a surreal path through his expressive paintings.
Gabriel Acevedo Velarde (Peru) no less surreal than Neil but provocative and dreamy, is the art work of Gabriel, which watercolours are the fruits of his intimate and personal universe.
Kristina Salomoukha (Ukraine) and Ana Paula Lobo (Brazil), shows references in different ways, of the urban contrast and occurrences. This happen as much in the Ana Paula's cubes with the fragmented and rhythmic cities images, as in the Kristina' s watercolours that transform the coarseness of the urban spaces of transition, into a soft landscapes, full with life and colour nuances.
Paulo Almeida (Brazil), puts a whole other spin on the idea of a dynamic painterly space in his large format mutating canvases.Almeida reconstructs his works every time they are to be exhibited by layering another image over the previous one, forming a ghostly trace of watermark images on the canvas. On another angle, Almeida encourages that his works be shown, by guaranteeing a new work in return; which works for adventurous when what you see is not necessarily what you get back.