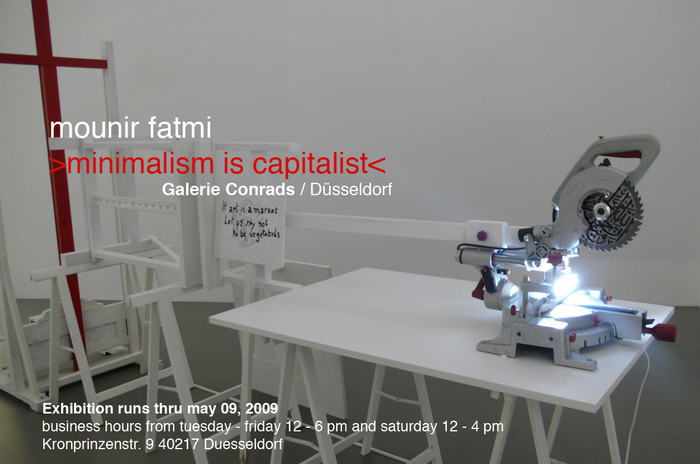 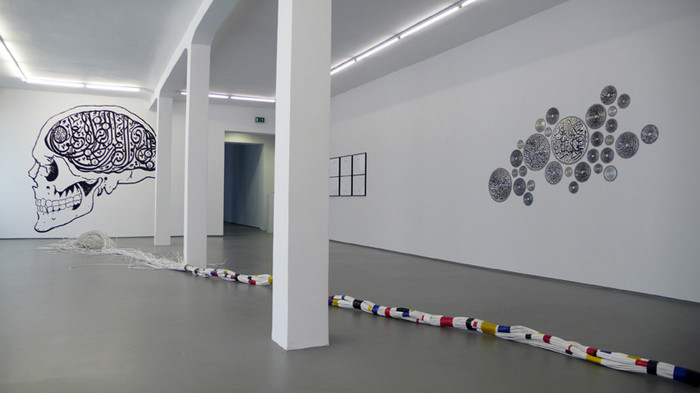 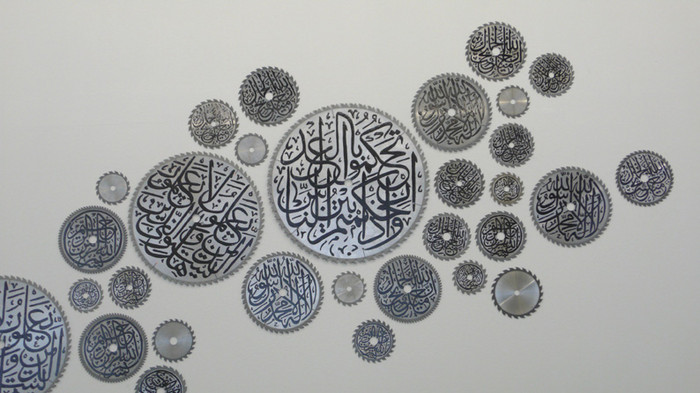 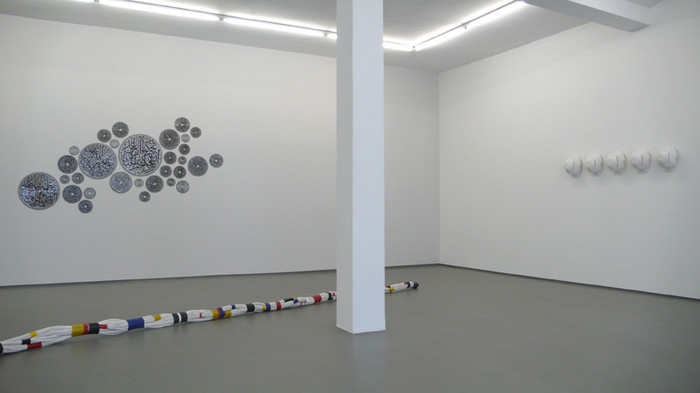 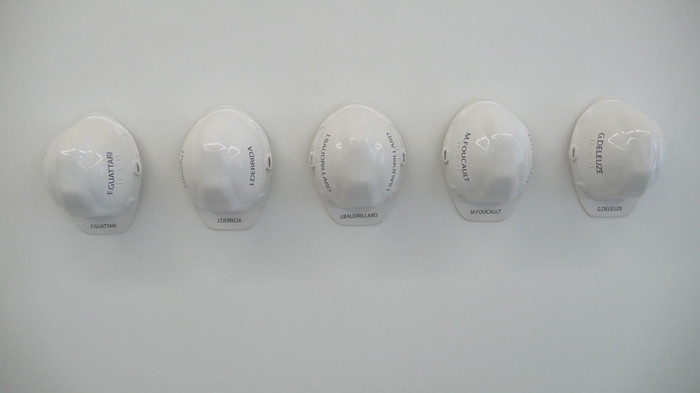 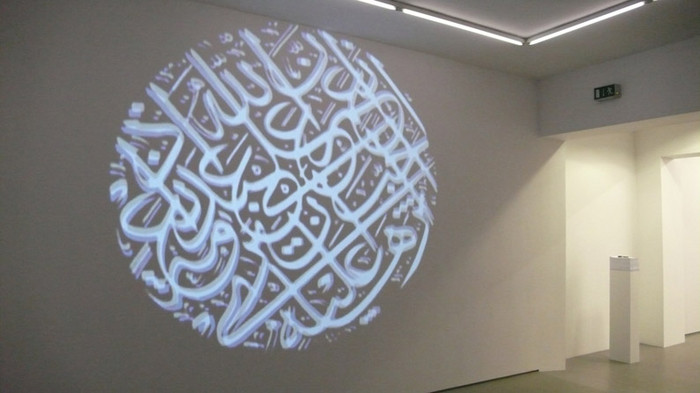 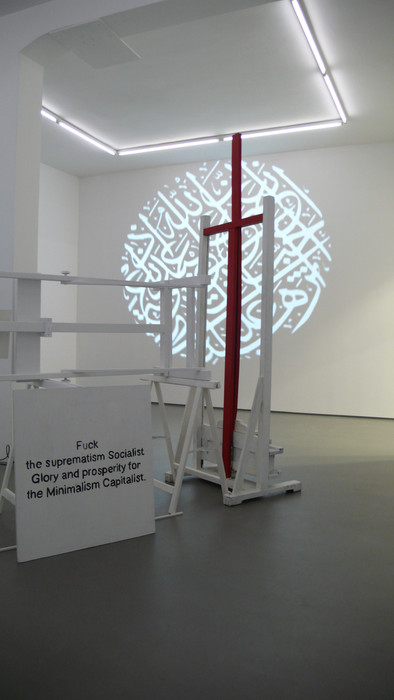 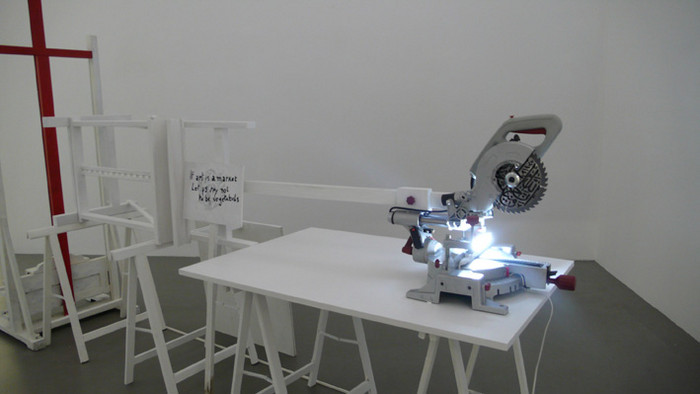 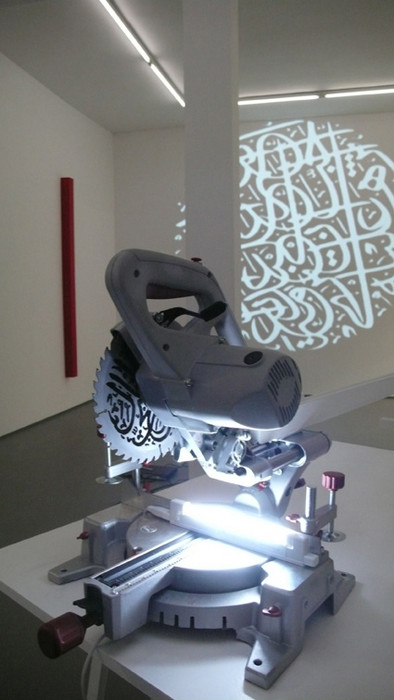 Minimalism is Capitalist is based upon two questions.
First, it questions the link between religion and image. Second, it questions the connections to and the relationship between an artistic movement and a political ideology.

Considering the image – “The picture is almost monochromatic.”
“There is no image on the canvas.”
“There is ‘nothing to see’.”

These are comments frequently heard about minimalist art, and yet, the “meaning” of the image is still questioned. In Minimalism is Capitalist the central part of an easel, is painted in a bright red that contrasts with the “white on white” of the rest of the installation. This work suggests a recurrent motif throughout the major art movements in the 20th Century- from Suprematism to Constructivism, Bauhaus to De Stilj, Minimalism to Conceptualism, as well as to the Christian cross, the canonical image in western art history. It was this same easel (whether of Matisse or Delacroix) that was introduced in the colonized East, steering Arab artists away from the ornamental style and encouraging them, for a moment, to copy the figurative styles of oriental and occidental art history. Through this encounter these artists began to question their relationship to the image, eventually rejecting the use of the figure as an imitation of the divine, and began once again, to use non-representational imagery in their work. It is this easel that the Russian Constructivists in the 1920’s, were compelled to remove and which the American Minimalist movement in the 1960’s would finally disintegrate.

Questioning the links between an artistic movement and a political ideology – Is Minimalism is Capitalist an oxymoron? Perhaps. With this phrase Mounir Fatmi specifically refers to American Minimalism, a movement born in the 1960’s in reaction to Abstract Expressionism, and particularly to Pop Art, an aesthetic considered to be the epitome of the frenzied capitalist consumer society and the “American way of life.” Minimalist artists such as Frank Stella, Donald Judd or Carl Andre, who appropriated the « less-is-more » theory as a rule, were influenced by and indeed connected to the political and aesthetic concerns of the German architect Ludwig Mies van der Rohe, former director of the Baushaus later a famous architect based in Chicago in the 1940’s and who was often (incorrectly) associated to the “less-is-more” maxim, as well as to the Bauhaus, and to the Russian Constructivists.
History forced many Bauhaus artists to flee from Nazi Germany to the United States, bringing with them their roots of Malevitch and Rodchenko, the artistic supports of the Russian Revolution. Through such events, history can be understood like a “dynamic geography”, a ” ”rhizome of plateaus” (Deleuze), a short-circuit of the historical prejudices. These personal migrations, and with them, their ideas, are why many skyscrapers in Chicago or New York, the triumphant symbols of the capitalism, as well as the early concepts of Le Corbusier, are descendent from ideas of Russian Constructivism. This is also why Dan Flavin in the middle of cold war in America made a sculpture in tribute to Vladimir Tatlin.
The Bauhaus manifesto said: “the ultimate aim of all creative activity is building.” But for mounir fatmi, it is the idea, and it is precisely this notion of “building” that he proposes to deconstruct in the installation Minimalism is Capitalist, piece by piece.
translation from french: Marie Deparis