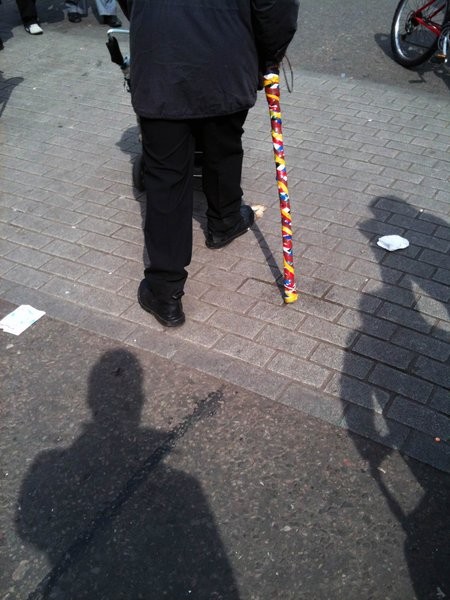 A scenario. Something as simple as this: three men in a room. An effortless plot, you might point out... not that imaginative either. And yet I don’t see any reason for dismissing the potentiality of such a story from the very beginning, why not give it a chance?

For instance, what if we start with this: three men in a room with two chairs facing each another. Clearly a step forward. A tiny step perhaps, petite even, and yet absolutely tangible. Then, from here onwards, a deluge of consequences! Well... if you can’t picture any, let me help you with that: two of the men now sit down, so that suddenly, we have a completely different scenario. We have two people in a room seated on chairs that face each other... and obviously we still have a third person too. A third man standing somewhere around there... possibly watching.

Now, the first man has a piece of paper in his left hand, the second a glass of wine. Or better: an until-now empty glass, resting a few inches from a bottle of wine. Also... let’s forget about the third person. Better that way. He is there in the room, yes, but I have very little more to tell you, so let’s just not think about him.

The man with the piece of paper starts reading aloud what is written on that tattered sheet. It’s a kind of inventory... one thing listed after the other... objects mostly. Let’s say he reads the list just once, from top to bottom. He might even try to pronounce each word with a certain degree of clarity. Vowels, consonants and all those kind of things, all properly spelled out in turn, as though they were objects in themselves, items to be memorised. When finished, he asks the other man, the one with the glass and the bottle, to repeat what he has just been listing... to repeat it all, word by word, as though to learn it by heart. And so, after a sip of the purple liquid, the man takes his chances. Predictably, he fails and fails piteously. He can’t remember more than a few objects, and he’s not even sure about the order he remembers them in. Also... by now, both of them have forgotten the presence of the third person in the room, and yet it seems to matter very little while they are in the middle of their little rehearsal.

On and on and the first man, the one with the paper, decides to read the text a second, a third, a fourth time. He does it slower, if that’s possible, all the time, trying to make sense of each articulated word as if he lays claim to a specific reason why exactly to pronounce each word at that specific time and in that specific place and not just as some random dribbled-out nonsense floating like filth on pavement puddles... no... all in at its right place! Still, despite the effort, the second man, the one with the bottle, can’t quite grasp the main rationale behind the text and, once asked, fails again to deliver a clear recounting of the list. It just sounds absolutely and utterly pointless. Why repeat all that? And why in that specific order?

Now... just between ourselves... you might be tricked into thinking those questions are directed to the third person in the room. Let us say it once again: they are not. We said it: they have quite forgotten about him by now. He’s still there, but more like a filter... or a recording device. A silent, imperceptible recording device.

And so it all starts again. From the top. Steadily. The first man reading, the paper in his hands more and more shrivelled... the second man repeating, his lips and teeth betraying signs of crimson stains. Yet again, bits are forgotten, the order gets mixed up, new parts are added, others left out by mistake. The two go on, pouring more wine into the glass, one of them sipping avidly, trying to reconstruct that list of things... to make some sense of it.

Well, no need to bore you with more repetitions than necessary. I can tell you, the whole process lasts an hour or so, maybe more. It carries on until suddenly the second man, glass still in hand and now slightly tipsy, manages to repeat the exact list of objects written on the other person's paper. Not only does he remembers them all, he does so in exactly the right order.

At this point, like good old friends, the two men share a well-deserved drink together. Indeed they have reason to celebrate: they finally managed to write their first, fourhanded short story.

OK... here you might feel tricked a second time. For instance you might end up believing that their story is the work. Well, again, we have to to contradict you: it isn’t. And so, at that very moment, the third man leaves the room, walks out of the building, takes the first street on his left, passes in front of Haven Bakery, Salon 2000, The Money Shop and Café Bliss, he waits for the light to become green, crosses the junction, notices a yellow Pontiac parked between a garbage bin and a golden Fiat Punto, notices its dark leather seats, hears a man cursing, another one talking on the phone with, presumably, a client, then takes the first alley left again and, by chance, meets an old friend he hasn’t seen in months, he sees him just in front of a Methodist church somehow he has never noticed before and still can’t quite grasp the name of. At that point and just then, he decides to speak and tell the story of two men in a room, sitting on two opposite chairs, writing their first fourhanded short narrative. The thing is... construction of meaning is everywhere and everywhere public... and all this might as well become the work.