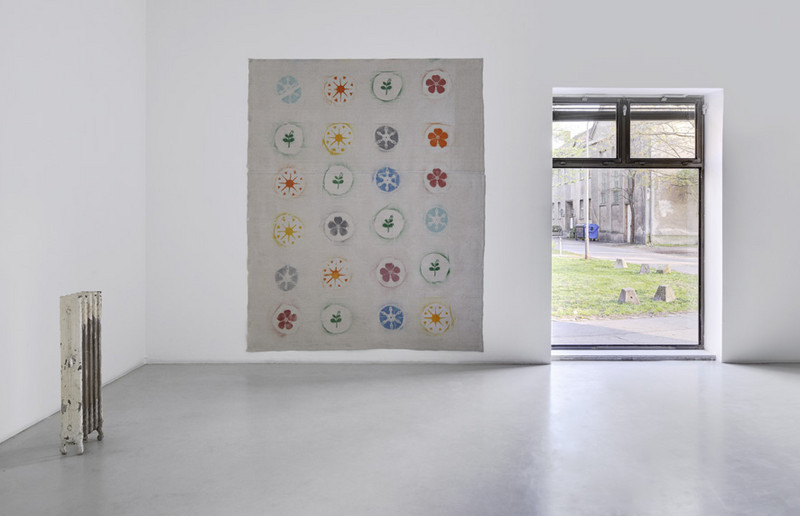 Much of Gedi Sibony’s work appears to make a somewhat paradoxical connection between improvisation and refinement. Or, in fact, Sibony succeeds in making that connection seem precisely not paradoxical.
Normally using objects made of plywood and cardboard, Sibony’s work often evokes a deliberate ‘poorness’ (as in ‘Arte Povera’), if not barrenness. A restrained palette of colors, consisting of browns, greys, and beiges, and seemingly makeshift arrangements heighten this impression. For his second show at Galerie Neu, Sibony is still incorporating what is “at hand,” objects found at all moments in the activity of operating in life and with objects, from which he creates an orchestration intricate in color and detail.
Almost as if revisiting notions of reduction and ‘literalism’ that were articulated in the 1960s, Sibony’s practice also connects the contingent object with the realm of sculptural and pictorial values. What might usually be too mundane to be noticed shows something beyond its ‘bare’ presence. How does the universe reveal itself? How is this articulated as a puzzle? The sophisticated elegance found in an old radiator or a crudely crafted foam core presentation model are activated like parts in a machine as the room unwinds itself for encounters. While a foam core sculpture hints at figurative elements, a series of found drawings that are framed with their verso side showing lead, so to speak, out of the realm of the pictorial toward the object, as if in a reversal of the process outlined above.
Sibony’s exhibitions are finely tuned to the respective space. And in that, he leaves enough openness to let the materials and forms develop a life of their own.
www.galerieneu.com