in search of characters… 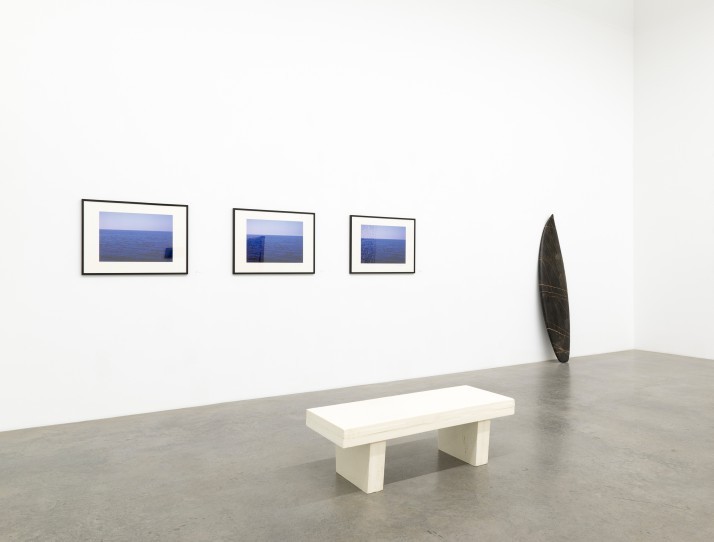 Please enter, the agency readymades belong to everyone® just installed its premises within the space of the gallery. As you can tell, the carefully selected furniture, objects and accessories displayed in the room are those of a new and successful corporation: tables and chairs for the office and waiting room, business cards, administrative supplies, plants with decorative foliage, etc. In the odd beauty of this corporate decor, the agency offers to any art lovers to be part in the making of art history, becoming artist alongside the greatest, simply by acquiring and simultaneously signing works that the agency conveniently has (pre)conceived for you. Through its services, you can finally be part of contemporary art and become the “sole and absolute author” of a newly made work of art.

This is certainly how you could have experienced in December 1987, at New York’s Cable Gallery, the inauguration of the agency readymades belong to everyone® created by the French conceptual artist Philippe Thomas (1951 - 1995) and extended the following year by the creation of a French subsidiary, les ready-made appartiennent à tout le monde®, at Claire Burrus Gallery in Paris. The fictitious agency developed a number of projects and advertising campaigns, including the work here presented at Galerie Neu: Pubblicita, pubblicita (1988). This work is built according to the standards of the advertisement profession. Produced inmultiple editions and translated into several languages.

In entering Galerie Neu, the visitor is roped in by the headline “art history in search ofcharacters...” scrawled on top of this work designed as a promotional poster advertising the services of the agency and recruit new “art-lovers” or collectors “looking for total investment in an ambitious artistic project”. The presence of the pattern of a venetian blind in the background of the image could be seen as ironic. Not only because it serves precisely to hide the window (metaphorical paradigm of the painting since Alberti) but also because we have the feeling that Philippe Thomas might be hiding behind the venetian blinds of his agency. Through readymades belong to everyone®, Philippe Thomas organised his own disappearance, vanishing behind the names of others. The circulation of “his” works is characterised by the absence of his name. That’s why you will not find here at Galerie Neu any works “by” PhilippeThomas. However, if you look closely, you might find some surreptitious traces of the artist.

The search continues further in the gallery with a mention on a title card belonging to the work Sujet à discrétion (Subject to discretion) (1985). It is precisely in the marginal space of the title card that the fictional stratagem of the artist unfolds itself. The work consists of three photographs of seascape, strictly identical, accompanied by three title cards. The first does not indicate an author, it’s anonymous, but seems to fix a referent: a general view (vue générale) of the sea in the Mediterranean. The photography is, it appears, just what it shows: a seascape. The second mentions Philippe Thomas as author and declares the photography to be a self-portrait and vue de l’esprit (view of the mind). Could this mean, as with the point-of-view shot in cinema, that we are seeing what the artist himself has seen? This would make sense considering the attachment of Philippe Thomas to Maurice Blanchot who wrote the novel Thomas l’Obscur (1941), ultimate novel of the disappearance of the subject, which opens with these words: “Thomas sat down and looked at the sea”. But the third and final title card confuses this understanding of the artist’s subjective view point by introducing the self-portrait and vue de l’esprit of another person. This person is the the collector, here Bruno Hoang, who was the first one to acquire this work and, thereby, simultaneously became its author by signing it. If the first two title cards were listed as “multiple”, the last one indicates that it’s a “single piece”. In other words, it’s the implication of the collector, the transaction and the resulting transfer of authorship throughthe signature, that makes this work unique.

As with the works ready to sign proposed by the agency readymades belong to everyone®, the latter piece offers an in-depth meditation and questioning of the position of the artist in the process of creation and the determination of art production by economic processes. But unlike Pubblicità, pubblicità (1988), which undermine the marketing strategies of institutional promotion through the deployment of a sleek and impersonal corporate aesthetic, Sujet àdiscrétion (Subject to discretion) (1985) directly involves the identity and representation of the individuals that are part of this collective process (the artist and the collector) through the format of the self-portrait. With a nod to Marcel Duchamp’s Autoportrait, signature (1964), the work disrupts our understanding of the self-portrait as an affirmation, by a certain representation of the self, of the singularity (the character) that we think is ours.

Dispersed into the space of the gallery, these two works “of” Philippe Thomas provide the point of departure for the exhibition “in search of characters...”, which finds other works by different sets of characters adrift in the obscurity produced by Thomas’ gestures. The exhibition proposes, in a non linear manner, to explore questions of artistic identity/ies, authorship, and authority. These are reactivated here by a dialogue (and sometimes the confrontation) with the singularity and force of each work brought together.