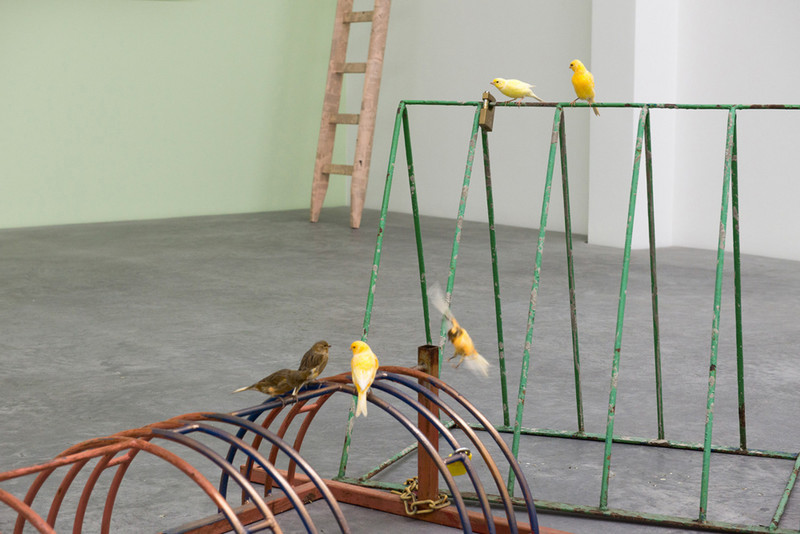 Galerie Neu is pleased to announce the exhibition Forty and Forty. . . by Marc Camille Chaimowicz, which will be on view at the gallery’s new location at Linienstrasse 119 10115 in Berlin-Mitte
For his first solo exhibition at Galerie Neu, Marc Camille Chaimowicz has developed an extensive installation in which artworks, everyday objects and performative gestures intermingle. Over several decades Chaimowicz has explored the potential – and failure – of the human capacity for communication in works, which have ranged from performance to photography, from books to the applied arts. In his practice, regardless of the medium, it is the private and the personal and above all interiority which persists as the central concern.
Forty glazed ceramic vases were specially produced at Bottega Gatti in Faenza – a historical Majolica atelier founded in 1928, renowned for its collaborations with visual artists since the Italian Futurists. These will be installed throughout the exhibition space. A dialogue between artist and artisan emerged over a series of visits to the Italian atelier, and materialized in four designs varying in shape, color and finish, using Chaimowicz’s distinctive patterns that inform his vocabulary. The resulting works are hybrids that involve both the history of their own specific fields, further blurring the boundaries and hierarchies between fine and applied arts.
Playing on an idea of intimacy, Chaimowicz has conceived a space veiled by white curtains where forty free-range canaries will inhabit the show, with vases as their environment. For many years free-range canaries have been the artists’ domestic animal of choice and were previously integrated in a show held at the Synagogue of Delme in 2007. Klara Lidén and Manfred Pernice have been invited to participate to the exhibition, each showing a newly produced work for the installation. While Lidén’s sculpture, wooden-like unité d’habitation specifically created for the canaries to rest in, seems to reference the social housing surrounding the gallery, Pernice responds to the invitation by choosing two bike racks from his installation Parkstücke (2011).
All works in the exhibition draw on images and patterns, shapes and gestures, quotations and memories to play with time, space and different modes of existence. The viewer is free to wander, both mentally and physically. Solo exhibitions include Nottingham Contemporary, Nottingham (2011), Secession, Vienna (2009), Artists Space, New York (2009), De Appel, Amsterdam (2008), Migros Museum für Gegenwartskunst, Zurich (2006), Kunstverein für Rheinlande und Westfalen, Duesseldorf (2005), Center for Contemporary Art, Warsaw (1993), Musée des Beaux Arts, Dijon (1987), Le Consortium, Dijon (1984), Serpentine Gallery, London (1972).
www.galerieneu.com