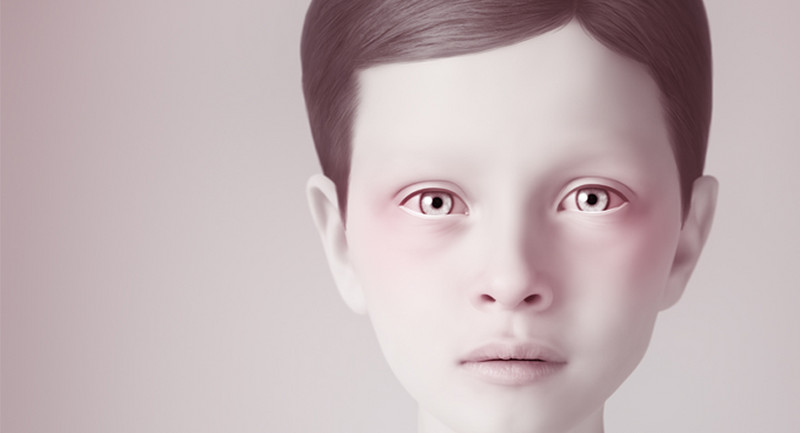 Galerist is pleased to present Oleg Dou’s (1983) first solo exhibition titled “Faces” in Istanbul from 13 March to 12 April 2014. Dou, who lives and works in Moscow, incorporates reality and artificiality in photos, which present his aesthetics through disturbing effigies, cybernetic figures, a spurious ideal of beauty and inexpressive faces. Dou’s works, in pursuit of impartial and apathetic bodies, reflect a sense of duality at first sight. One can observe a game of contrasts: death vs. life, real vs. artificial, beautiful vs. ugly.

Influenced by fashion and surrealism, Oleg Dou asserts that what is written and exposed in magazines is actually far from reflecting the truth and those models are in fact not as flawless as they appear. Duo also notes that the universe created by the magazines makes one feel imperfect and lacking. Thus, Dou employs photoshop applications in a similar way. He is able to take this universe on a new level with his technical expertise to render his models even more perfect and impeccable then the ones in fashion industry.

The audience is drawn to Dou’s work, trying to answer such questions as “Are these real people?”, “What is the subtle expression beneath these faces? Anxiety? Sorrow? Decisiveness?” Soon, they find themselves getting closer to the pieces. As the distance between the viewer and the object decreases, one can witness the birth of a new approach and intimacy.
www.galerist.com.tr