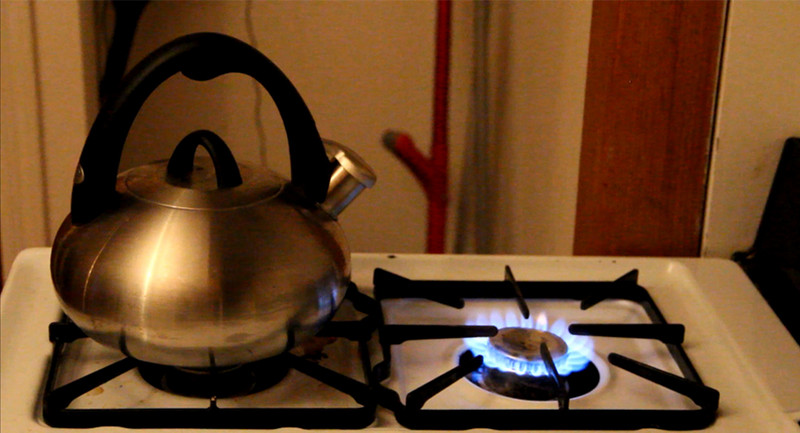 After an elongated intermission, Galerist is very happy to announce the opening of Serkan Özkaya’s solo show, “Today Was Really Yesterday.” The exhibition will introduce the artist’s recent videos, sculptures, installations and photographs. The artist uses daily esthetics as a common denominator yet enters into a mindboggling experiment with his new works. The exhibition will be open from January 23rd to February 22nd , 2014 at Galerist.

“Today Was Really Yesterday” is composed of five groups of works in five separate rooms. Among these are: seven videos based on repetition, his latest hologram work with the artist’s wife’s computer rendering “The Sleeper (Gillian)”, “The Bust of the Unfortunate Man” inspired by a joke and the installation #davidandgoliath. The show also houses photos of a recent performance by Özkaya and of his large-scale installations. Özkaya’s humorous approach in his sculptures and installations align with the ironic narration of his photos and videos. Reproducibility of any object and subject, the right to intervene with the tangible and intellectual property, and sense of humor are Ozkaya’s trademarks.

Defining himself as “an adventurist who takes fiction more seriously than his experiences and pursues the former” Serkan Özkaya focuses on concepts of reproduction, repetition, copy and value in his works mainly inspired by art, literature, language and philosophy. The concepts of reproduction and reputation are used as a source of experimentation for his intensely ironic works and while doing so the artist expands the critical distance between the audience and the works. While praising simplicity and clarity Ozkaya encourages the viewer to analyze the organic bond among his wittily correlated works. The metaphors on art and life created by the artist accompany the playful interpretations, including but not limited to well-known historic figures. As an outcome of his research, the artist also reveals Steven Toole, one of the lesser known figures (or maybe forced to remain so) of contemporary art history. Having dedicated an entire room of the show to Toole’s works, Özkaya does not hide his pride: “It feels great to stand next to such a genius!”

About Serkan Özkaya:
Özkaya, who has been showing his works since 1991, is a graduate of Bard College, New York. Later on he obtained his Ph.D. on German Studies at Istanbul University, where he had also received his undergraduate and graduate degrees. He worked as an artist-in-resident at Ecole Regionale des Beaux Arts de Nantes, France, at IASPIS in Malmö, Sweden and at Künstlerhaus Bethanien in Berlin Germany.
Özkaya’s works have been included in private as well as museum collections. He had solo shows in numerous galleries and institutions, including Postmasters Gallery (New York), Storefront For Art and Architecture (New York), Slag Gallery (New York), 1K Projectspace (Amsterdam), Boots Space (St. Louis), 21c Museum (Kentucky) and Künstlerhaus Bethanien (Berlin). Özkaya is also the author of ten books, including recently published “Double.” Articles and reviews of Ozkaya’s works have appeared in renowned magazines and newspapers, such as The New York Times.

A native of Istanbul, Özkaya lives and works in New York.
www.galerist.com.tr