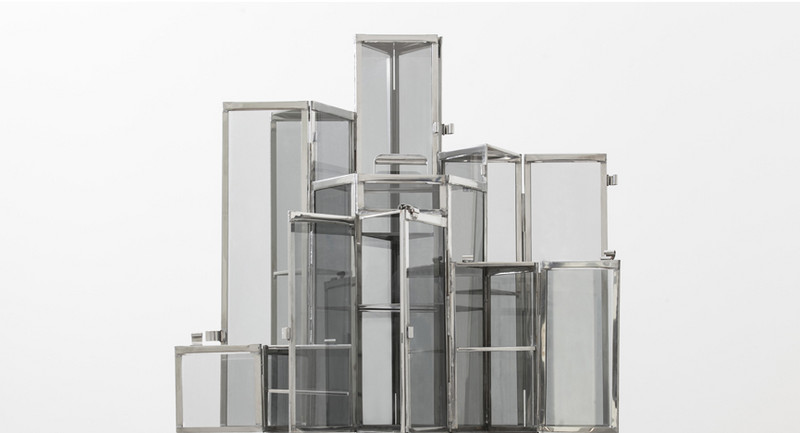 Galerist hosts the second solo exhibition titled “7 Curtains” by the artist Viron Erol Vert between 12th September and 21st October, 2012. Vert was born in Germany in 1975 to a family of Greek, Italian, and Syrian origins. Vert's own multi-cultural background is
coloring his work, which arches between Occident and Orient.
“7 Curtains” alludes to the Turkish word perde, also associated with the acts of a play or an opera. On this theatre stage, Vert creates a new language of mysticism incorporating ancient beliefs, orientalist clichés and esoteric correspondences. He uses the power of myth and archetype to create post-modern alchemical processes - looking back while he's looking ahead.
With “7 Curtains” comes seven different mediums and seven different points of view, as Vert attempts to answer the questions that lie at the very heart of our existence. And like any good magus, he conjures up answers that are riddles in themselves. The flying carpet, for example, supposedly belonging to King Solomon, becomes an Abrahamic intersection and Vert uses it as a machine with hidden numerological properties to explore identity in a culturally tumultuous world. This is a recurring theme in Vert's art: Behind the beautiful object lies a deeper truth, but also more questions.
The themes are remixed and come out as something altered; an old question posed in a new way. The “7 Curtains” becomes a transformative process for the artist as well as the spectator. Like identity itself, it is an ever-changing process, a struggle between belonging and questioning, fought inside our hearts and souls as in countless wars throughout history. Behind the veils, riddles and curtains, Vert is searching for that rarest of commodities – peace.
In Vert's art, we find markers from a composite identity. The endless beats of Berlin techno-nights meet the perpetual whirling of the Turkish Dervish. Traditional materials and production techniques are used to convey futuristic imagery of the artist. Despite this, Vert's art rests calmly within its culturally mixed framework. The beauty of the sacred remains intact even as he reconfigures the motifs referring to faiths from all over the world.