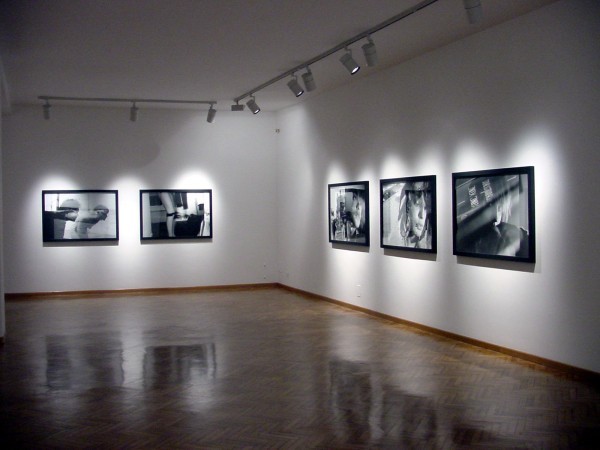 The Cardi gallery is pleased to present its first solo show by Francesco Carrozzini. After having studied philosophy in Milan, Carrozzini moved to New York where he still lives and works. A professional film maker with a great passion for photography, he recently finished a documentary “Wierszalin” which narrates the life of the actors in the eponymous theatre company just before they present their latest production “GOD Nijinsky”. This documentary has been requested, hors concours, for the 60th Locarno film festival, and is a competitive entry in the Krakow international film festival. Urban experiences, and those of New York in particular, have a determining role in the formative and experimental development of Carrozzini, someone who is inspired by the energetic and animated city scene. These black and white images narrate tales about ordinary people who become the unknowing protagonists of tales they themselves have inspired. These are snapshots which capture subjects involved in everyday life, highlighting their emotional state. In 2004 Carrozzini contributed a video-installation to “Pause”, an exhibition held in Milan cathedral and dedicated to a new way of looking at spirituality; this transformed the cathedral into a place welcoming words, music, and video-art. Among others, Bill Viola and Mark Wallinger also took part.
© Galleria Cardi
www.galleriacardi.com