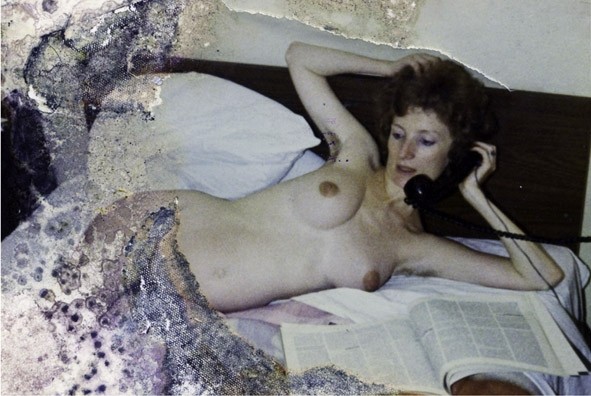 Over the years, Michel Auder has recorded thousands of hours of video. This seemingly indefatigable use of video provokes a sense of infinite coverage, ostensibly effacing the distinction between experience, memory, and representation, and consequently brings further attention to the way technologies of representation mediate individual and social histories. The archive of footage he has amassed, and continues to collect, provides the source material from which discrete works are created, ranging in length from under five minutes to several hours
As time passes, certain situations, people, and images are revisited, edited, and released from the archive, so the chronicles necessarily change with time. This process of explicit recollection is not about retrieval as much as it is about retelling the processes of memory: looking back from the present on events in the past and searching for a means to tell stories, to communicate.

The video Narcolepsy is made up of multiple layers of superimposed imagery that revolves around the figure of a young woman asleep who becomes the backdrop for more dreamlike images of wolves, rabbits, water, and children. The work is realized with twelve layered tracks of sound and with low resolution pictures that recall Super 8 film.
«Narcolepsy fits into the avant-garde genre of film–as–dream, but no other cinematic dreamscape in film or video looks quite like it or mingles the fierce and the ephemeral in such a quietly unsettling manner»1.

The video Endless Columnis ahuge collage of over a thousand pictures taken by Auder using his mobile phone. The endless flow of pictures is scanned by the sound of a computer keyboard that the artist uses as a sort of piano, creating an abstract music that follows the images. Stylistically, Auder is not as interested in capturing events as much as he is allowing them to unfold so that the subject of a given situation is expressed through the many details of its context in which he is recorded.