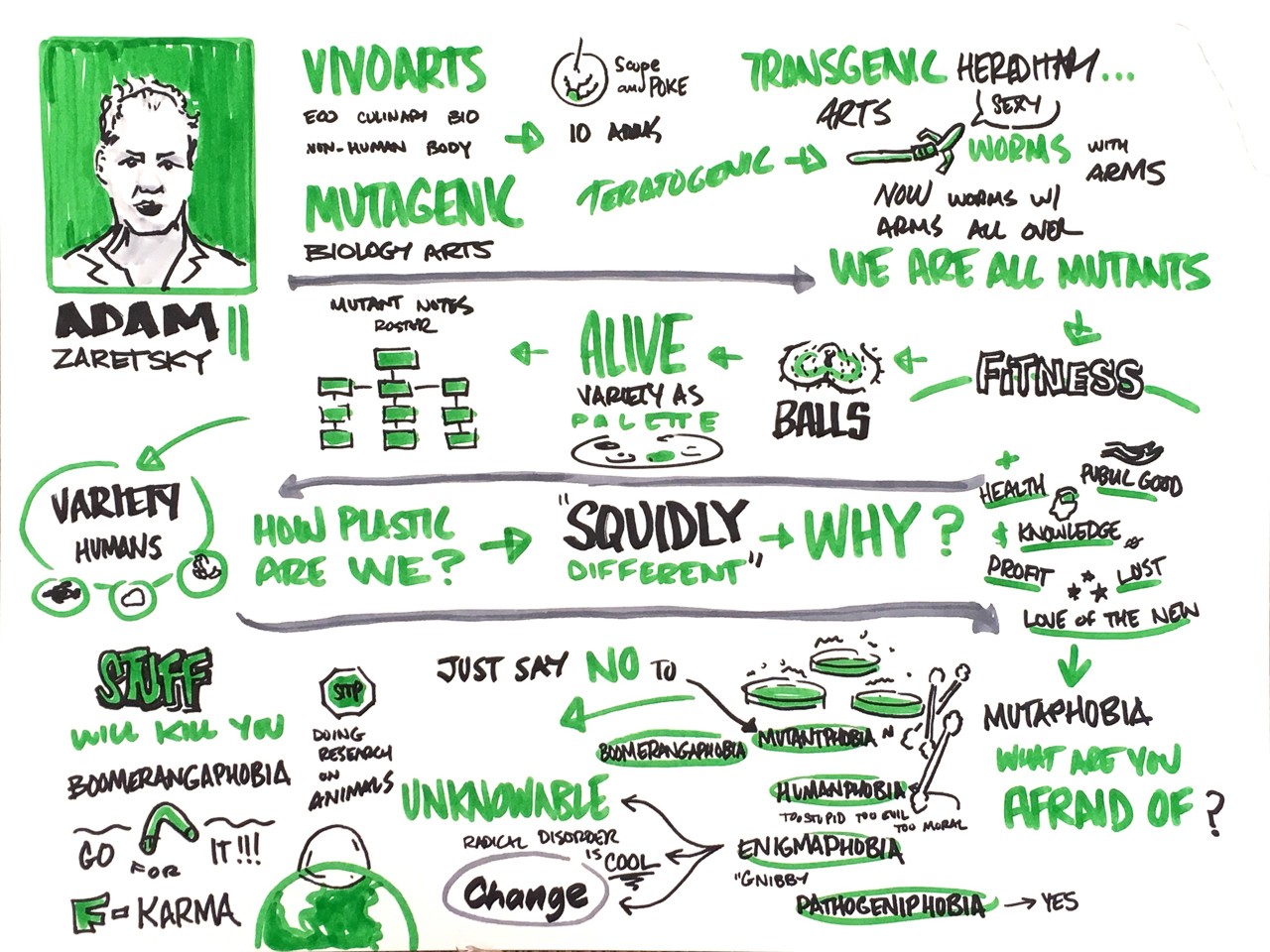 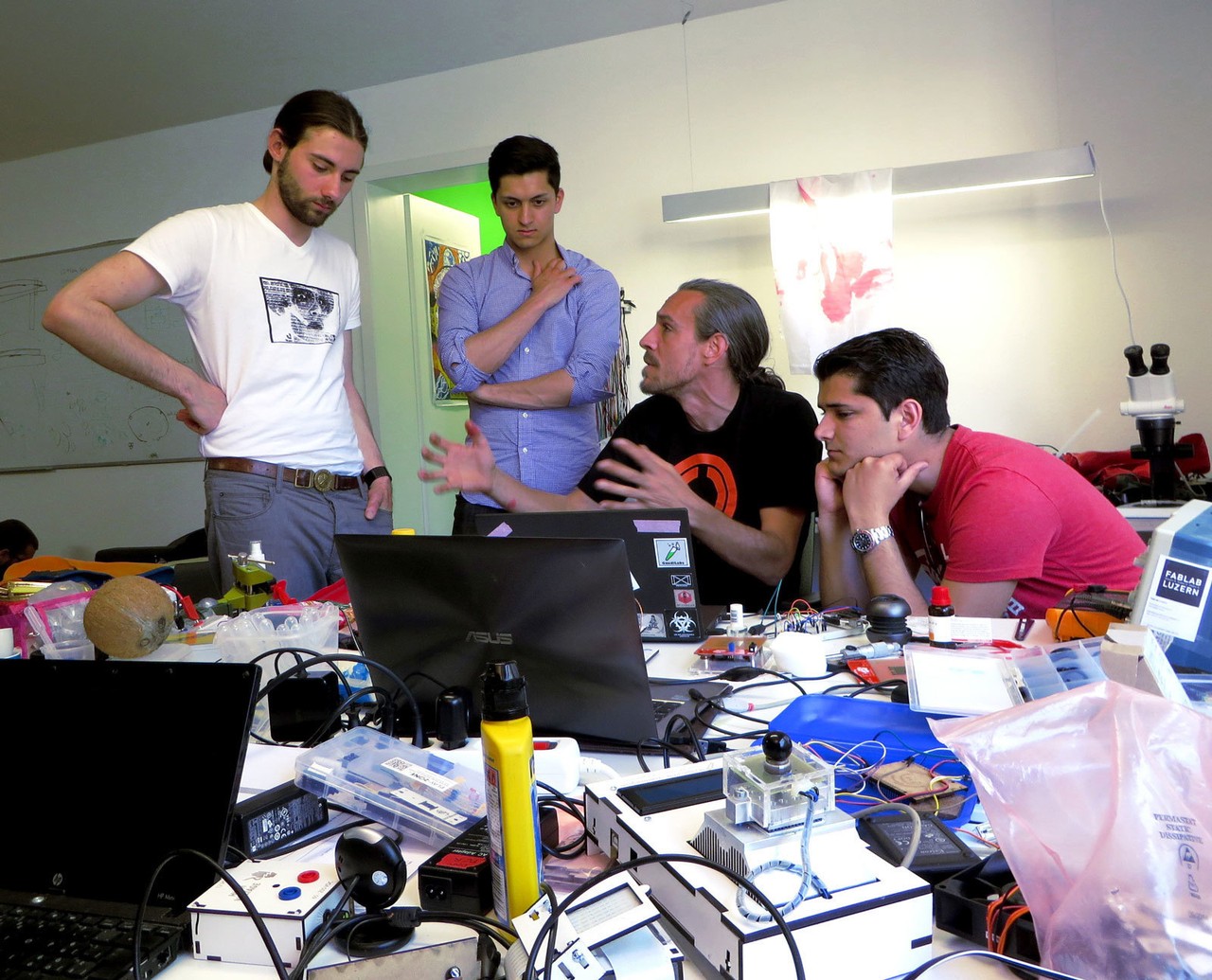 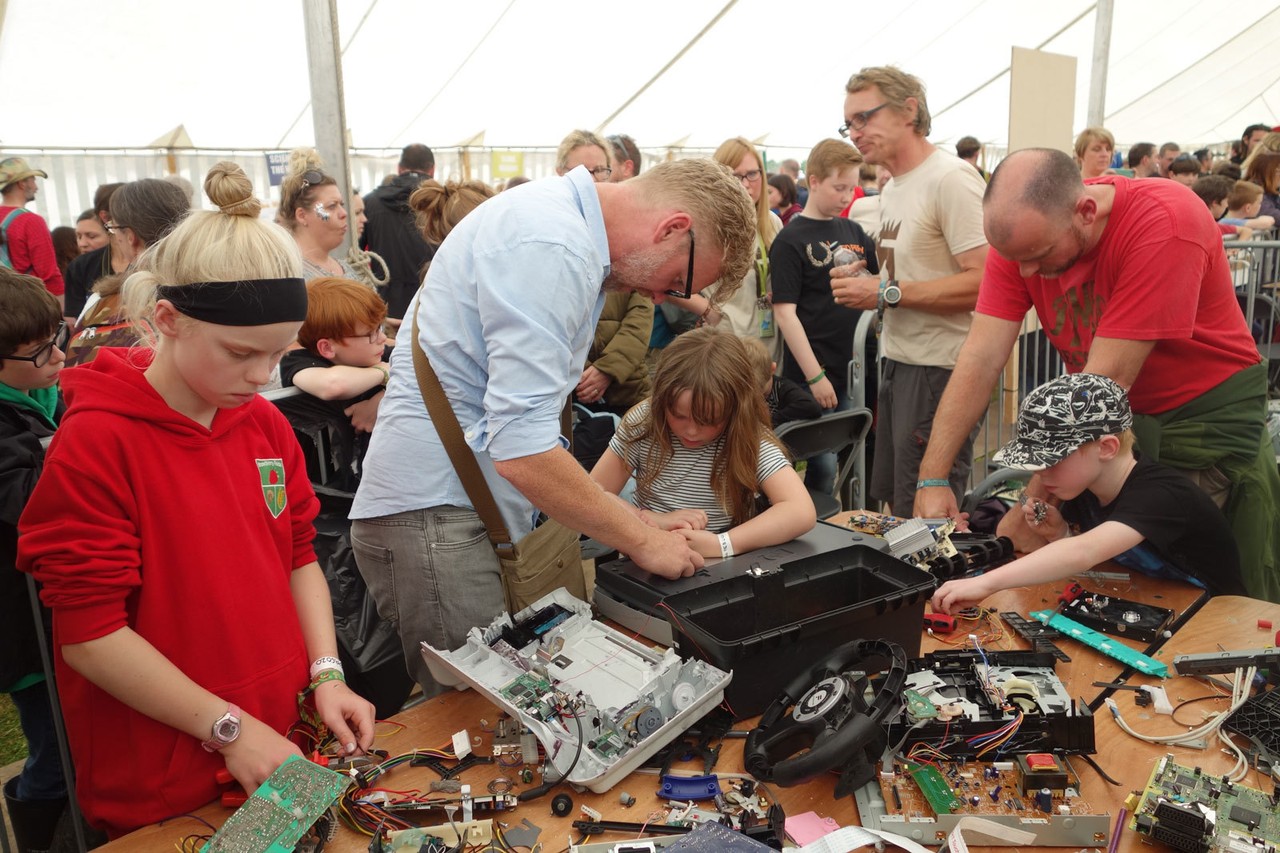 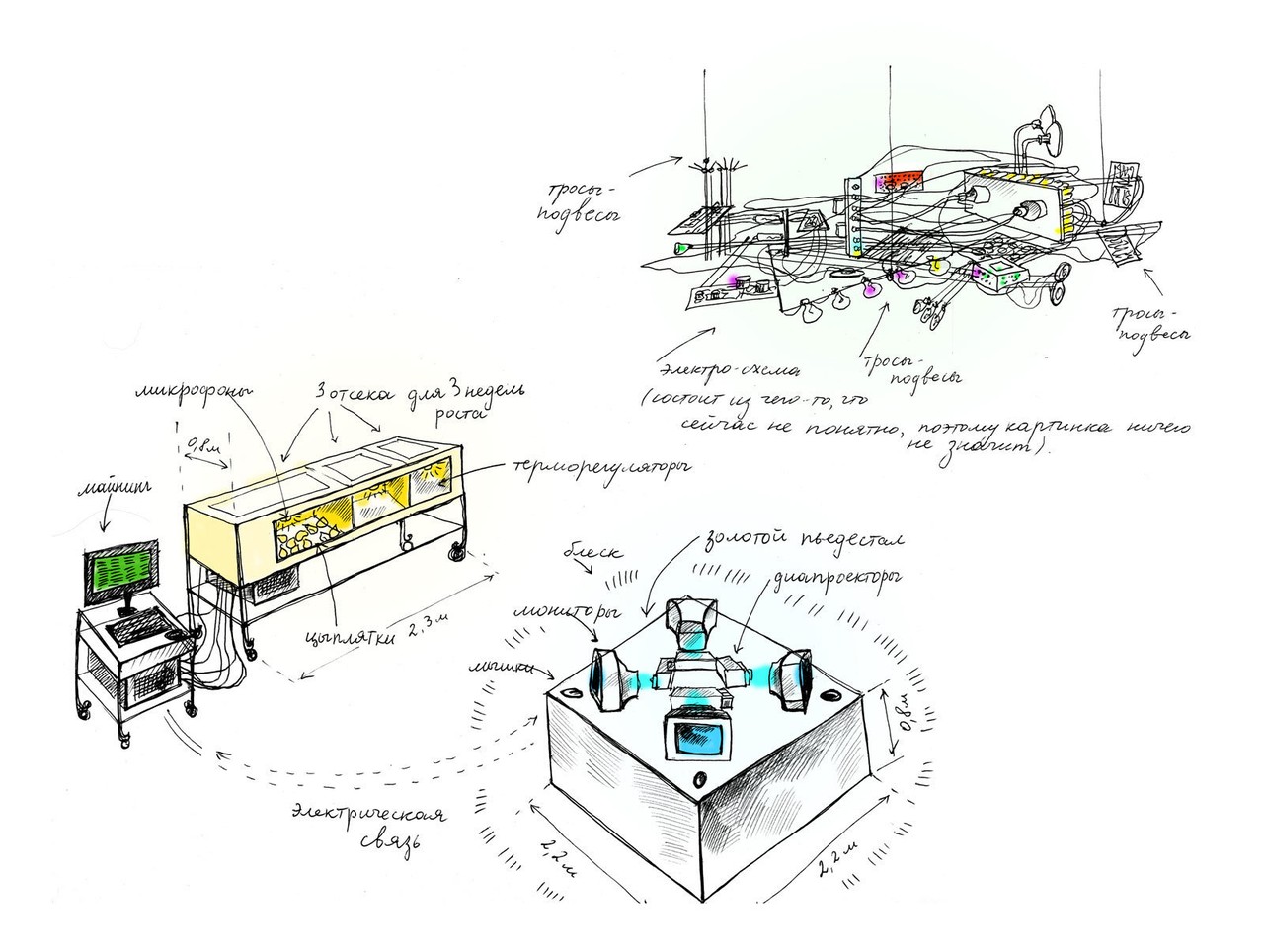 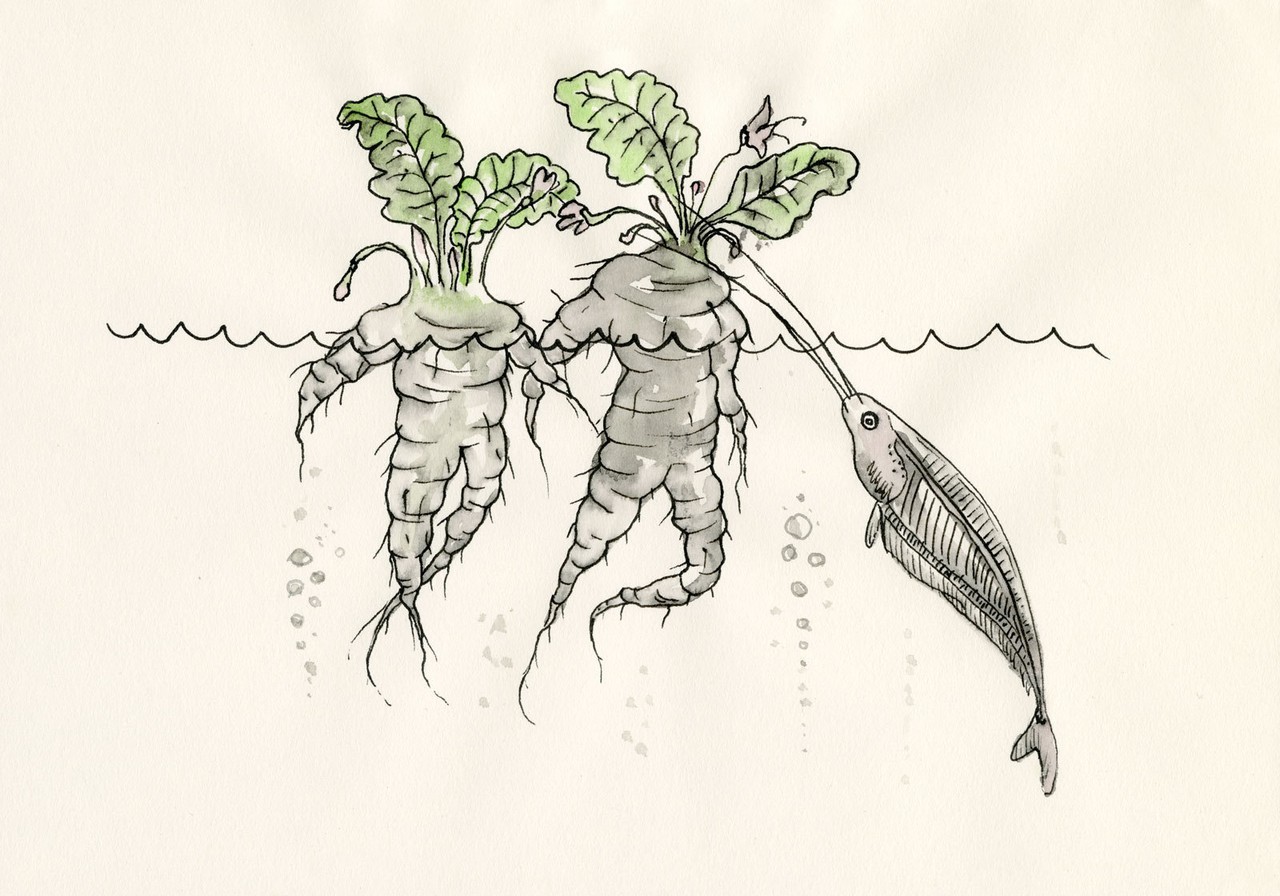 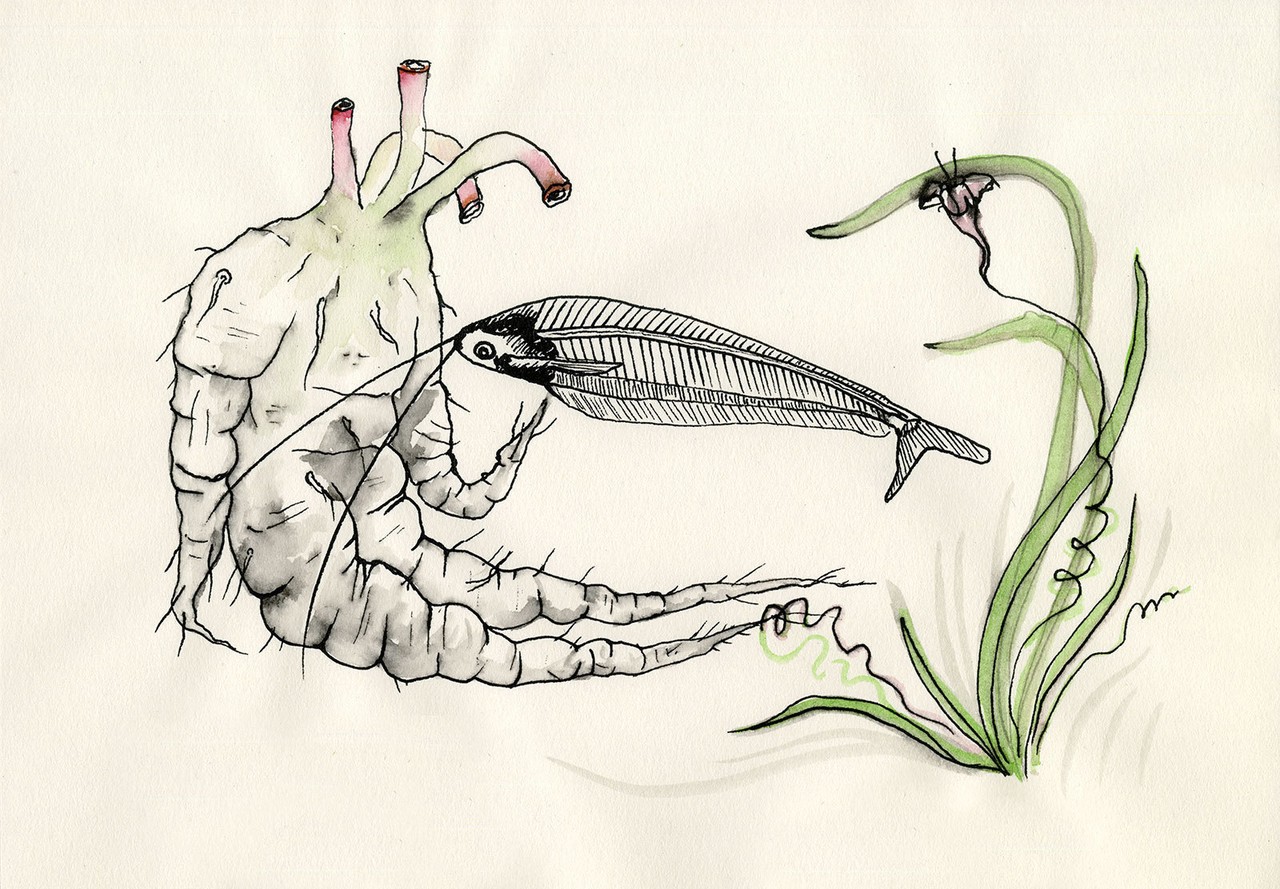 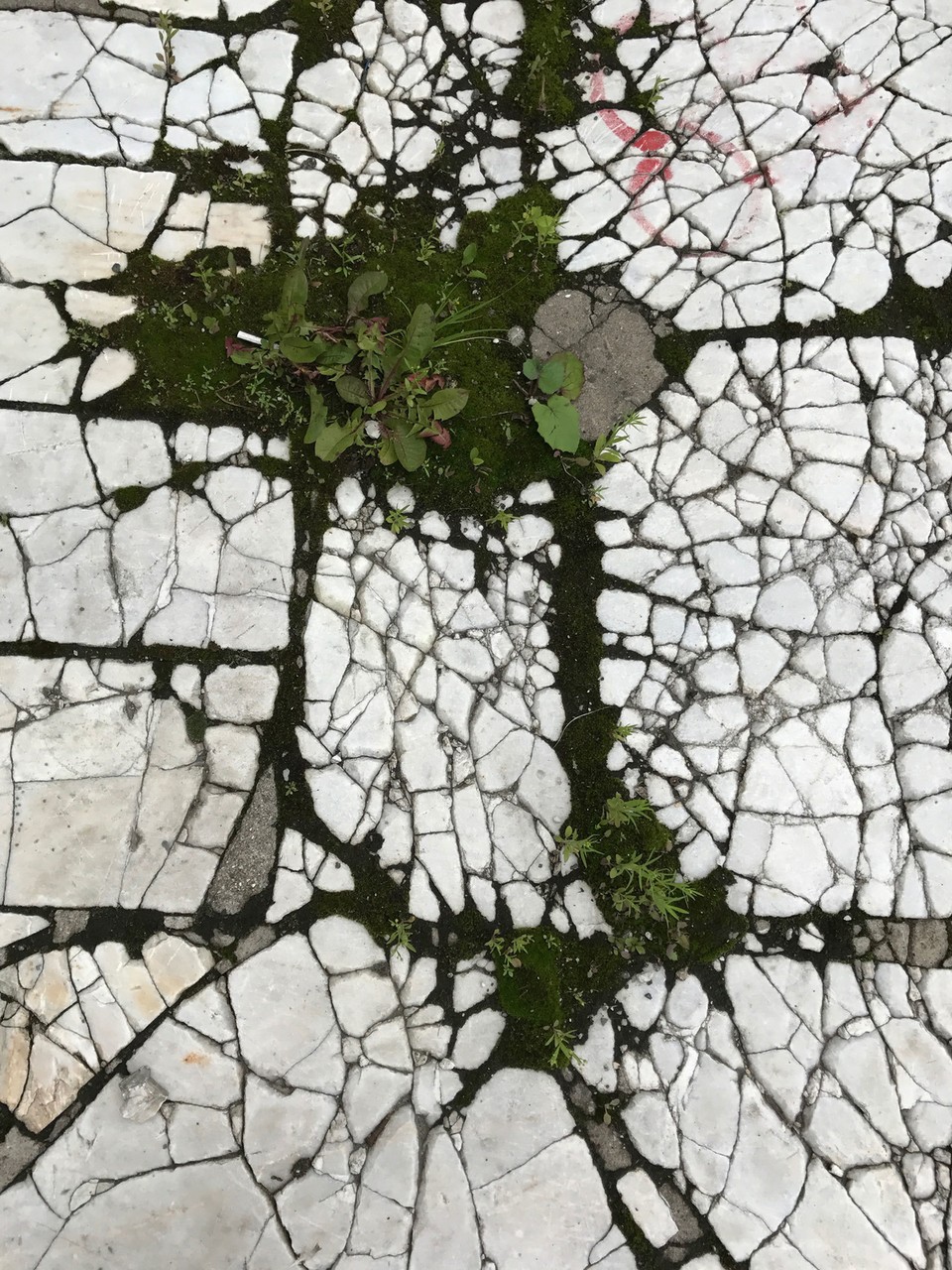 This year, the eighth annual Garage Art Experiment will feature immersive installations and workshops by Russian and international artists, scientists, biohackers, and engineers, exploring questions of ecology and future survival. Developed at the intersection of art, science, and technology, this multidisciplinary project allows visitors to experience various imaginary perspectives for our environment and get directly involved in “hacking” life sciences by taking part in alternative biological, genetic, and robot-engineering experiments.

Science fiction is not prescriptive; it is descriptive.
— Ursula K. Le Guin, The Left Hand of Darkness

Artist Anastasia Potemkina, a member of the Moscow-based collective Urban Fauna Lab, and the art group Where Dogs Run from Yekaterinburg, propose two radical scenarios, which take visitors to a not-so-distant future. In the world of Potemkina, ancient pagan beliefs in nature and witchcraft are at the forefront of knowledge that is necessary for the survival of a society in which a new ecological thinking has replaced the urgency of politics and technological progress. For this proposition, a range of plants and herbs—some with medicinal powers and believed to have been used by witches in magical potions—will be cultivated in the gallery space, grown with the help of specially-built hydroponic stations filled with meltwater from snow collected in Gorky Park, where Garage is located. Fish kept in the tanks the plants grow in will provide additional nutritious elements for the roots which, in turn, purify the water for the fish. These self-sufficient ecosystems explore the possibilities for an alternative, productive relationship between humankind’s current technological drive and the new ecological thinking of the generations to come.

In the scenario proposed by Where Dogs Run, humans have embraced to the extreme the technological turn we are witnessing today. The chosen ones lose their biological shell, are transformed into digital data, and become obsessed with finding a new Perfect Number. Through a three-part interactive installation—with no clear hierarchy between the various elements—visitors can contribute to this process. Taking part in the Internet Cargo Cult, they will receive “premonitions or revelations” generated by a “living sculpture” that constantly translates Dante Alighieri’s Divine Comedy into electric chains. The signal produced by visitors helps to feed the chicks, whose cheeps form part of the logical scheme for discovering a unique key, part of a blockchain which links the various events and artefacts in Dante’s text, with its tale of life in the afterworld.

All the installations will be accessible throughout the exhibition, which will also include a series of workshops (see schedule below) tailored to different age groups. Led by some of the most thought-provoking artists, scientists, biohackers, and engineers from Russia, the United States, the United Kingdom, and Switzerland, they will combine cutting-edge science with DIY aesthetics and lo-fi materials.

Each winter, Garage transforms its galleries into an experimental laboratory for art. Visitors of all ages are invited to participate in hands-on experiences with artists, as well as innovative creative collaborations between peers. Art Experiment is the flagship initiative of Garage Education and Public Programs and attracts students, parents, local residents, and Moscow visitors.

Hackteria
Hackteria is an international network active since 2009 in the field of Open Source Biological Art. As a community platform hackteria tries to encourage scientists, hackers, and artists to combine their expertise, write critical and theoretical reflections, share simple instructions to work with life science technologies, and cooperate on the organization of workshops, temporary labs, and meetings. Hackteria is a network of people practicing DIY (do-it-yourself) and DIWO (do-it-with-others) biology with an interest in art, design, and interdisciplinary cooperation. Hackteria operates on a global scale and is based on a web platform and a wiki for sharing knowledge, which enable anyone to learn—and also test—different ways of hacking living systems. Hackteria is not based in a physical space. Its goal is to allow artists, scientists, and hackers to collaborate and test various biohacking and bioart techniques outside official laboratories and art institutions, basically anywhere in the world.

Marc R. Dusseiller
Dr. Marc R. Dusseiller (b. 1975, Switzerland) lives and works in Zurich, Switzerland. He is a transdisciplinary scholar, lecturer for micro- and nanotechnology, cultural facilitator and artist. He works in an integral way to combine science, art, and education. He performs DIY (do-it-yourself) workshops in lo-fi electronics and synths, hardware hacking for citizen science, and DIY microscopy. He was co-organizer of Dock18 (Zurich, 2017), Room for Mediacultures, diy* festival (Zurich, Switzerland), KIBLIX 2011 (Maribor, Slovenia), poolloop festival 2009–2015 and workshops for artists, hackers, schools, and children as the former president (2008–2012) of the Swiss Mechatronic Art Society (SGMK). He has worked as guest faculty and mentor at Srishti Institute of Art, Design and Technology, Bangalore, India; University of California, Santa Barbara; FHNW, HEAD, and ETHZ (all Switzerland). In collaboration with Kapelica Gallery, he started the BioTehna Lab in Ljubljana (2012–2013), an open platform for interdisciplinary and artistic research on life sciences. Currently, he is developing means to perform bio- and nanotechnology research and dissemination (Hackteria | Open Source Biological Art) in a DIY fashion in kitchens, ateliers, and in the Majority World. He was co-organizer of various editions of HackteriaLab in Zurich, Romainmotier, Bangalore, and Yogyakarta (2010–2014).

Urs Gaudenz
Urs Gaudenz (b. 1971, Seattle, USA) is an engineer and interdisciplinary scholar working in Lucerne, Switzerland. He has a master’s degree in microtechnology from the Swiss Federal Institute of Technology, Lausanne. He also followed postgraduate programs in international business and innovation management. In 2016, he completed the course Principles and Applications of Synthetic Biology, directed by Georg Curch, Professor of Genetics at Harvard Medical School. He is founder of GaudiLabs, a third space for third culture. He is a founding member and member of the board of Hackteria. He is currently on the faculty of the Lucerne School for Applied Science and Arts. In his professional practice, Gaudenz makes use of various forms of work and expression, such as prototype development, open scientific research, and collaborative workshops. He combines his different backgrounds to explore new technological and cultural fields and his works often emerges out of the void in this intersection. His practice covers a wide span from speculative and futuristic to functional and applied. He has led workshops and exhibited at institutions and festivals such as Ars Electronica–Projekt Genesis, ISEA–International Symposium on Electronic Art, Dock18, Kapelica Gallery/BioTehna, Schloss Werdenberg, N/O/D/E festival, Medialab-Prado Madrid, and CYNETART Festival.

Paul Granjon
Paul Granjon (b. 1965, Lyon, France) lives and works in Cardiff UK. He is a recognized media art and performance artist and is interested in the co-evolution of humans and machines, imagining solutions for alternative futures and sharing his approach to creative technologies. He has been making robots and other machines for exhibitions and performances since 1996. Granjon’s work became known for its trademark combination of humor and serious questions, delivered with absurd machines made of recycled components. He represented Wales at the Venice Biennale in 2005 with his Sexed Robots project. He regularly delivers ‟Wrekshops,” public events where participants take apart electronic waste and build temporary new machines from the bits they find. Since 1995 he has taught Fine Art at Cardiff School of Art and Design. Recent international work includes a performance tour of Switzerland (The Co-Evolution of Human and Machine, Geneva, Basel, Zurich, Kriens, 2013), a durational piece in Sydney (Experimental Body Extensions Manufacturing Unit, 2013) and the development of a robot guide for a science art exhibition in Luxemburg (Guido the Robot Guide, Luxemburg, 2015).

Anastasia Potemkina
Anastasia Potemkina (b. 1984, Moscow, Russia) lives and works in Moscow. In 2008, she graduated from the Moscow Institute of Architecture where she majored in experimental architectural design. In 2012 and 2013, she studied at the Academy of Fine Arts in Vienna. Since 2011, she has been a member of the group Urban Fauna Lab that has organized shows Urban Sauna. How I Learned to Stop Worrying and Love the Pollution at the Winzavod Contemporary Art Centre, Moscow (2017), New Leaders of Regional Development at the GULAG History State Museum, Moscow (2017) and Outer Green at the All-Russian Exhibition Centre / VDNKh, Moscow (2014). Her solo shows include Bad Seed Renaissance at Triumph Gallery, Moscow and Pavilleon, Zurich (2016) and A Few Words about Politeness at Taiga Space, St. Petersburg, as part of Manifesta 10 (2014). Group exhibitions include: 7th Moscow Biennale of Contemporary Art, New Tretyakov Gallery (2017); Hosting the Inhuman, MMOMA, Moscow (2017); 1st Garage Triennial of Russian Contemporary Art, Garage Museum of Contemporary Art, Moscow (2017); Expanding Space. Artistic Practice in the Urban Environment, GES-2, Moscow (2015); IK-00: The Spaces of Confinement, Casa dei Tre Oci, Venice (2014); Angry Birds, Museum of Modern Art, Warsaw (2012); and The Way of Enthusiasts, Casa dei Tre Oci, Venice (2012).