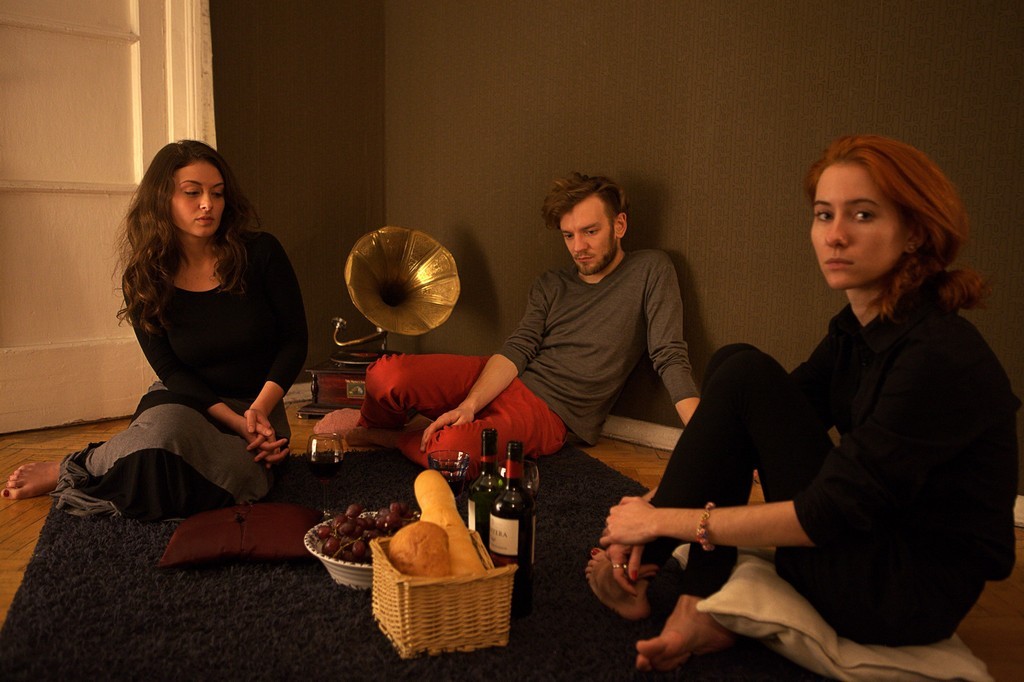 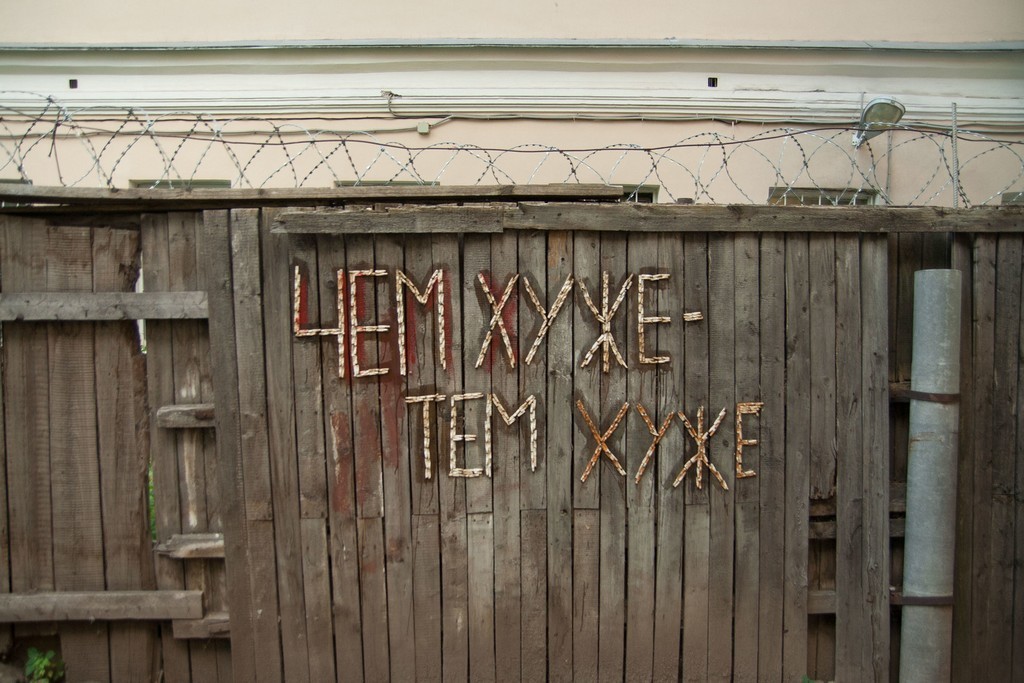 In 2012 Garage Center for Contemporary Culture launched a special scholarship program in support of young Russian artists. Every year, the expert board selects recipients of a 12-month merit-based scholarship from a pool of applicants aged 18 to 35. The principal selection criteria include originality, use of novel forms and materials, and credibility of artistic solutions.

“Our incentive system is a radically new practice in Russia and I hope it will help us shape a new generation of domestic artists. For Garage, it signifies another step in supporting contemporary Russian art and we are happy to have launched the program,” said Garage founder Dasha Zhukova.

11, a group exhibition by Garage scholarship recipients, will become the second project realized at Garage Project Space. The exhibition features eleven works reflecting the diversity and current trends in the emerging Russian art in a range of genres, including sculpture, painting, watercolor, video art, and photography.
ABOUT THE PARTICIPANTS

Marina Androsovich was born in 1981 in Kaliningrad. In 2002, she graduated from the mathematics faculty of Kant University in Kaliningrad. At present, Androsovich is working on academic research in the visual arts field, and creates plastic objects from non-classical materials. In 2012, she enrolled at the graphic design and illustration faculty at the British Higher School of Art and Design, later continuing her studies in the fine art faculty. Participates in the annual exhibition school at Artplay, and has participated in group exhibition projects (2012–2014).

Yulia Zastava was born in 1982 in Moscow. In 2006, she graduated from the Litovchin Institute of Television and Radio Broadcasting. Zastava works predominantly in painting, where, in her own words, she thematically develops “the collapse of the consciousness, sex and death.” Her first personal exhibition, “Alienation”, was held at the Paperworks gallery in 2006, and was followed by a series of personal exhibitions in various cities. Zastava has also created two videos for the Norwegian group Alog (“Your Secret Flash”, 2006, and “Son of King”, 2007) and a video for the play “Barrel Organ” at the Sovremennik Theater in Moscow. Since 2009, has participated in major group projects in Moscow, St. Petersburg and Kiev. Lives and works in Moscow and St. Petersburg.

Yevgeny Granilshchikov was born in 1985 in Moscow, where he currently lives and works. In 2009, he graduated from the Journalism and Literature Institute in Moscow, having specialized as a photographic journalist. He then enrolled at the Moscow Rodchenko School of Photography and Multimedia (the studios of Igor Mukhin, Yekaterina Degot, David Riff). Key methods employed by Granilshchikov include the study and analysis of the boundaries of language, as well as the deconstruction and subsequent processing of the instruments of cinematic reality. Has participated in group exhibitions, including the 3rd International Moscow Youth Art Biennial in 2012. Winner of the Kandinsky Prize in 2013.

Ilya Dolgov was born in 1984 in Voronezh. In 2006, he graduated from the philosophy and psychology faculty of Voronezh State University. Dolgov works in graphics, objects and video, studying the interaction of the biological, the mechanical and the human. In 2009, he held his first personal exhibition, “Utopia needs you, but you don’t need utopia”. In the same year, he curated a project titled “Can’t take it anymore”. Dolgov’s next project as a curator was the exhibition “Ruins of Utopia” at X.L.A.M. Gallery in Voronezh (2011). Dolgov’s main personal exhibitions and exhibitions in which he participated in 2010-2011 were in Voronezh and Moscow. Together with Nikolai Alexeyev he was nominated for the Innovation Prize in 2010 and 2011. Lives in Voronezh and works as the curator of an educational program of the Voronezh Modern Art Center.

Kirill Makarov was born in 1988 in Leningrad. Graduated from the St. Petersburg Stieglits Arts and Industrial Design Academy. Figurative painted canvases predominate in Makarov’s work, and they are almost always created as part of a series. He held a personal exhibition, “The Secret Level”, in 2011 at Nepokorenny Studio. Participated in group projects: “Conversion” (Chetvert), “Moodboard” (Navicula Artis Gallery), “Trapeza of Existence” (RuArts Gallery) in 2012; “Total Contemporary” (“Night of Contemporary Art”, Rizzordi Art Foundation) in 2011. Lives and works in St. Petersburg.

Ksenia Sorokina was born in 1986 in Volgograd. She studied at the Astrakhan Arts Institute and the set design faculty of the Russian Theatrical Arts University, graduating from the Institute of Contemporary Art (ICA). The artist combines varied media, performance and all manner of documentation: photo and video, texts and drawings. Also works in etching and other forms of printed graphics. Sorokina has participated in two personal and numerous group exhibitions in Russia and abroad, including the Modern Art Biennial in Oggiono, Piemont and at the Enthusiasts Highway in the Casa dei Tre Oci – a parallel project of the Architecture Biennial in Venice in 2012. Currently lives and works in Moscow.

Margo Ovcharenko was born in 1989 in Krasnodar. In 2011, graduated from the Kuban State Agrarian University, specializing in jurisprudence. From 2008 to 2001, studied at the Moscow Rodchenko School of Photography and Multimedia, and in 2010-2011 at La Fabrica, the Benetton Group Communication Research Center. Ovcharenko works with photography, fairly boldly experimenting with nude models. Participated in the New York photography festival, the Re:Generation project in Lausanne, Switzerland; has held personal exhibitions in Paris, Copenhagen, Moscow and St. Petersburg. Lives and works in Moscow.

Igor Ponosov was born in 1980 in Nizhnevartovsk. Works at the meeting point of street art and urbanism and curates street art exhibitions. Ponosov has also published a series of books, Objects, dedicated to street culture and art. In 2004, graduated from the domestic radio-electric appliances servicing faculty of the South-Russian State University. Since 2005 has participated in personal and group exhibitions. In 2013, participated in the 10th Architecture Biennial in Sao-Paulo, the Art-Ovrag public art festival and the Territory of Joint Actions Festival. Lives and works in Moscow.

Maria Kharitonova was born in 1986 in Podolsk. In 2007, she graduated from the ecology faculty of the Russian Mendeleyev Chemistry-Technology University, and in 2008 from the Internews Independent School of Film and Television. In 2010-2011, studied at the Institute of Contemporary Art (ICA) in Moscow. Kharitonov creates video works within which the mobility and fragility of human memory are studied and experiments with communications in the modern world are undertaken. Has exhibited in St. Petersburg and Moscow since 2010. Lives and works in Moscow.
www.garagemca.org